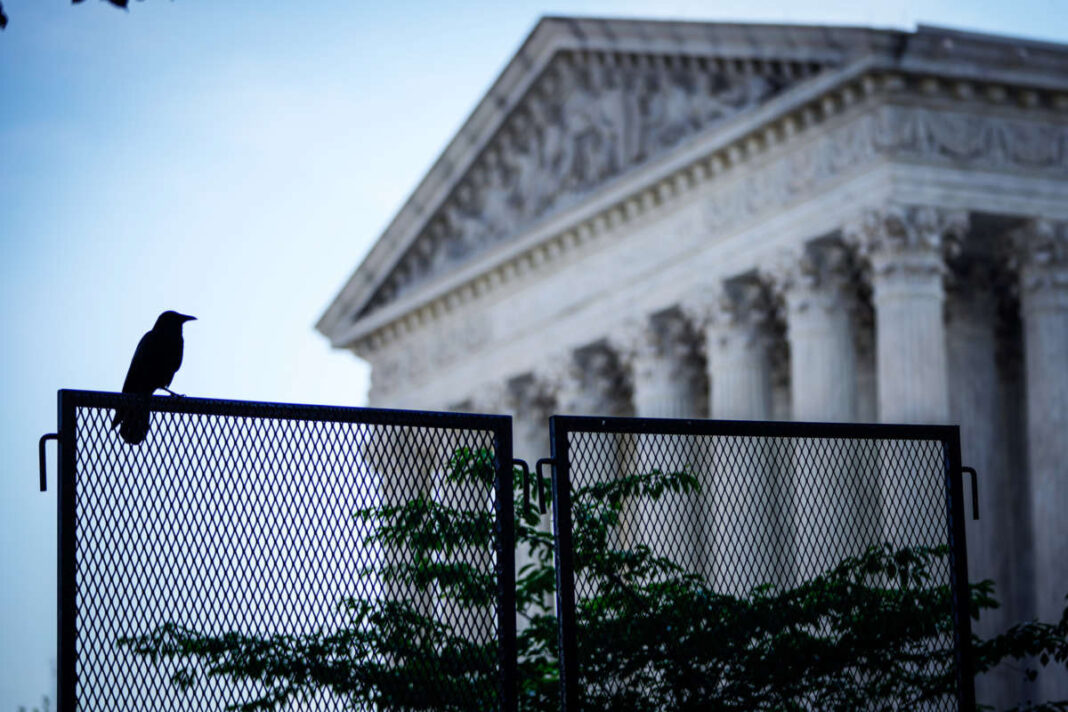 Reactionary – of, pertaining to, marked by, or favoring reaction, esp. extreme conservatism or rightism in politics; opposing political or social change.

The Seattle Times has a piece up this morning calling yesterday “The day Chief Justice Roberts lost his court”.

While it may be true that June 24th, 2022 was the day that made it undeniably clear that Roberts no longer drove the SCOTUS bus, in reality the day that Thomas, Alito and Kavanaugh et al took the Supreme wheel to drive us, enthusiastically, nay, Thelma and Louis like, off a cliff was October 31, 2020, the day that Amy Coney Barret was confirmed to the court and Mitch McConnell’s stated policy of not allowing a Supreme court vacancy to be filled in the year of a Presidential election, let alone just days before one, was tossed into the shit-can of history, and Roberts’ preferred method of eating away at our rights incrementally…

Roberts mostly used that power to nudge the court to the right in measured steps, understanding himself to be the custodian of the court’s prestige and authority. He avoided what he called jolts to the legal system, and he tried to decide cases narrowly.

But that was before a crucial switch. When Justice Amy Coney Barrett, a conservative appointed by former President Donald Trump, succeeded Justice Ruth Bader Ginsburg, the liberal icon, after her death in 2020, Roberts’ power fizzled.“

…was also tossed into the garbage.
Roberts has always been concerned that his tenure as Chief Justice of be viewed by history as what it has undeniably become, a break in the continuity of the history of US Supreme Courts that decided cases, well, judiciously, and had not devolved into a viper pit of reactionary and partisan circus of dictums from on high…

At his confirmation hearing in 2005, Roberts said the Supreme Court should be wary of overturning precedents, in part because doing so threatens the court’s legitimacy.

“It is a jolt to the legal system when you overrule a precedent,” he said. “Precedent plays an important role in promoting stability and evenhandedness.”

How’s that working out for you, John?

The mainstream media, or at least that part of it that likes to pretend that it is dedicated to upholding democratic values must immediately cease referring to this iteration of the court by its favored euphemism “conservative”, and call it out for what it is – an unwelcome and toxic reactionary force in American Politics that seeks to drag the nation, much to the delight of a decided minority of its citizens, into a dark and tragic past.

Labeling it as such may not have the salutary effect of altering the Court’s behavior, but it may at least begin to frame an argument we can use to alter makeup.