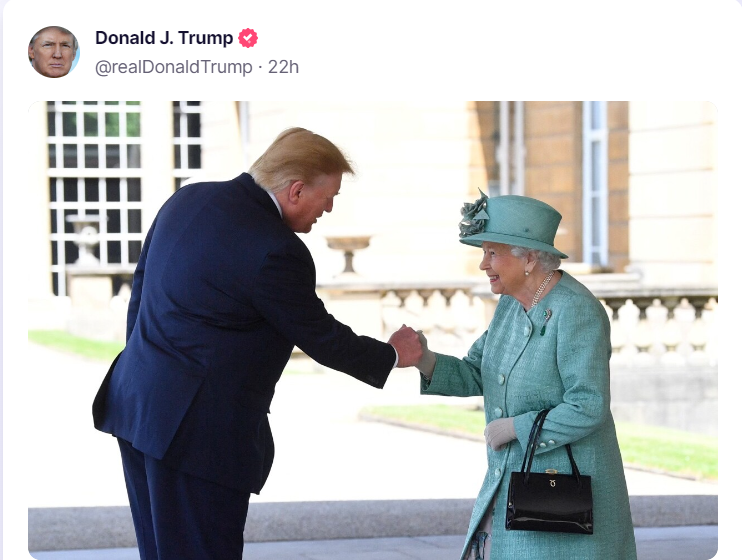 Purportedly Donald Trump is claiming that Queen Elizabeth knighted him in private. Don’t pay a lot of mind to it, is my initial take. I can’t find the “truth” on Truth Social so I speculate it’s fake.

But I’ll tell you what is not fake and that is Sir Donald’s tribute to the Queen in the Daily Mail. That is findable and verifiable.

By DONALD J. TRUMP FOR DAILYMAIL.COM

God bless us all and Tiny Tim. Sweet Jesus.

It’s good for laughs. Take it that way because I think the “truth” is fake. At least I can’t find it and I looked.

When did he post this? I just went over to Truth Social and I don't see it.

As stated, I believe it’s fake. But this isn’t.

These people’s religion is celebrity. They worship money as their God and celebrity is their scripture. This is the realm of which Trump is a knight. Celebrity. Not the United Kingdom. Oh, well. If you can’t have the Nobel Prize, I guess Knight Of The Realm will do.