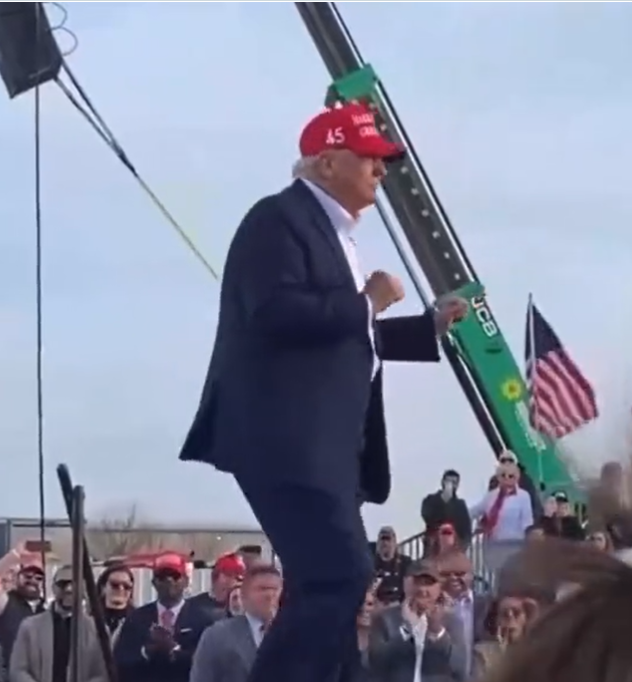 What a shame Donald Trump wasn’t born with any talent. If he could actually sing, dance, act, he might have become a legitimate performer of some sort and not created the freak show which is his life and our nation’s curse.

You may recall reading that Trump wanted to become a film producer, but his father wouldn’t let him and made him go into real estate. That was a mistake. If he went to Hollywood and wore riding boots and a beret and imagined himself Cecil B. DeMille, we might have all been much better off.

The meds need to be adjusted. pic.twitter.com/aIATmAFABt

There’s one vote for meds. And there are those who think he’s drunk. 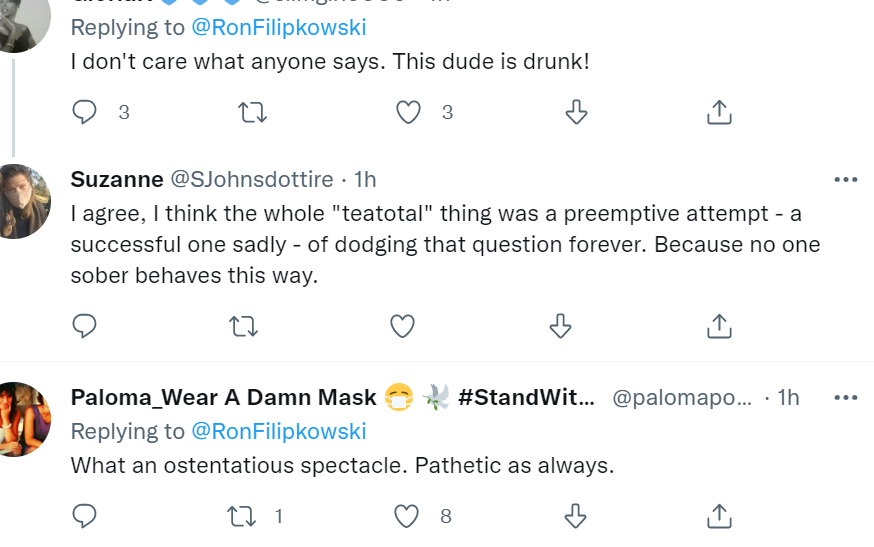 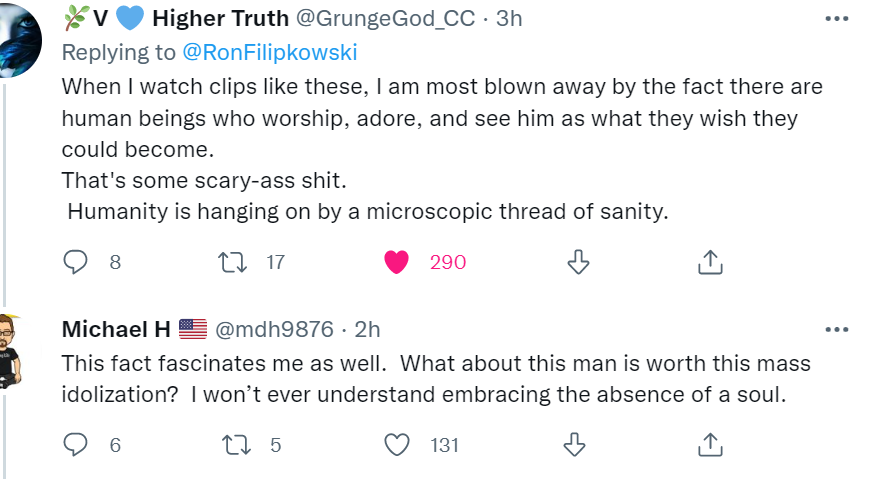 You’re getting the flavor for how his routine is received.

I have a different idea. I don’t think he’s loaded or there’s any issue with meds, and I don’t know about the dementia. I think this is deliberate. He loves to “impress” the rubes, which is to be the opposite of the “woke liberals.” That translates as “the less dignity and more shock value, the better.”

He loves to use profanity at the rallies, as you’ve noticed.

Frankly, I think the day is going to come when he unzips his pants and pisses on the stage. I really do. It will be a test of the rubes, do they still love him? And of course they will.