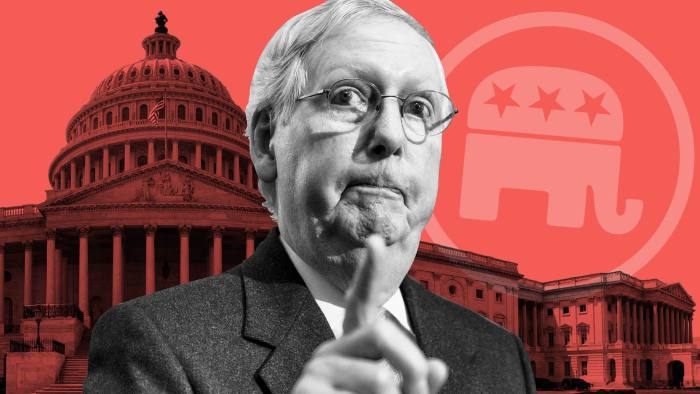 And the hits just keep on coming, if you’re looking to bet in the UK against the GOP in November. As I wrote, McConnell got played by the Democrats on a bipartisan bill, and now he’s copping a McConnell snit.

McConnell got jobbed by Schumer and Manchin on an already widely bipartisan Chips Bill because he says Manchin lied to him about a reconciliation clean energy bill being dead. Now it’s too late to stop the Chips Bill, and he can’t stop the reconciliation bill, so he’s taking revenge where he can get it.

But Moscow Mitch, the little bitch, is taking his revenge on a bill that could well cost the GOP the last under 75 voting stronghold bloc that they have left. He’s out to screw American veterans who proudly served in Iraq and Afghanistan.

Here’s the 411. There is a wildly popular bipartisan bill in the Senate that would provide additional funding for continuing treatment of Iraq and Afghanistan soldiers who were exposed to toxic and carcinogenic fumes from burning toxic fires. But because McConnell got his delicate little snowflake fee-fees hurt, he’s having his caucus block the bill from debate.

Which is insane. For decades, the GOP has been the party of National defense, while the Democrats are Pinko wimps. Active service military personnel, as well as military veterans are a solid base of GOP support every dan election.

But now Moscow Mitch is throwing double barrel birds to every US veteran, as well as every active service military person. His basic message is, Fuck you! Thanks for your service, but you’re just pawns in my political game. When I get what I want, you get your treatment.

How many times can I say it? This is going to be a midterm election settled on razor thin margins. And there’s Mitch McConnell, telling active duty service personnel, as well as veterans that their suffering doesn’t matter to him. Only their leverage. This is not going to end well.