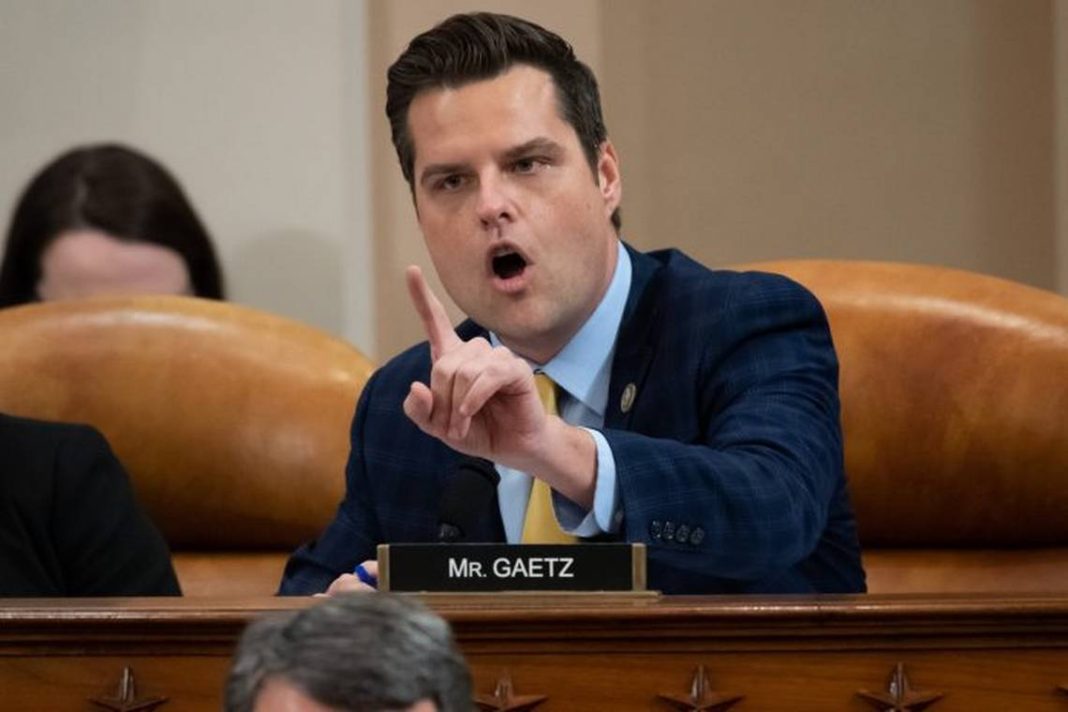 Birds of a feather flock together. It might actually be best for Matt Gaetz to leave politics and go into television because the mindset there is vastly more tolerant of sexual escapades and shenanigans — although the fact that Gaetz was purportedly messing around with a 17-year-old girl and paying her to travel with him, might strain relations a bit even in the world of entertainment. New York Times:

Investigators are examining whether Mr. Gaetz violated federal sex trafficking laws, the people said. A variety of federal statutes make it illegal to induce someone under 18 to travel over state lines to engage in sex in exchange for money or something of value. The Justice Department regularly prosecutes such cases, and offenders often receive severe sentences.

It was not clear how Mr. Gaetz met the girl, believed to be 17 at the time of encounters about two years ago that investigators are scrutinizing, according to two of the people.

The investigation was opened in the final months of the Trump administration under Attorney General William P. Barr, the two people said. […]

The three people said that the examination of Mr. Gaetz, 38, is part of a broader investigation into a political ally of his, a local official in Florida named Joel Greenberg, who was indicted last summer on an array of charges, including sex trafficking of a child and financially supporting people in exchange for sex, at least one of whom was an underage girl.

Shades of Jeffrey Epstein. Greenberg is now in jail, for violating the terms of his bail and as for Gaetz, he “said in an interview that his lawyers had been in touch with the Justice Department and that they were told he was the subject, not the target, of an investigation. ‘“I only know that it has to do with women,” Mr. Gaetz said. “I have a suspicion that someone is trying to recategorize my generosity to ex-girlfriends as something more untoward.”’

Interesting timing on this, don’t you think? In the morning we hear how Gaetz is thinking of a career change from Congressman to commentator at Newsmax and in the afternoon the zeppelin crashes. Could be just coincidence, though, right? Gaetz don’t know nothin’ bout messin’ with no minors.