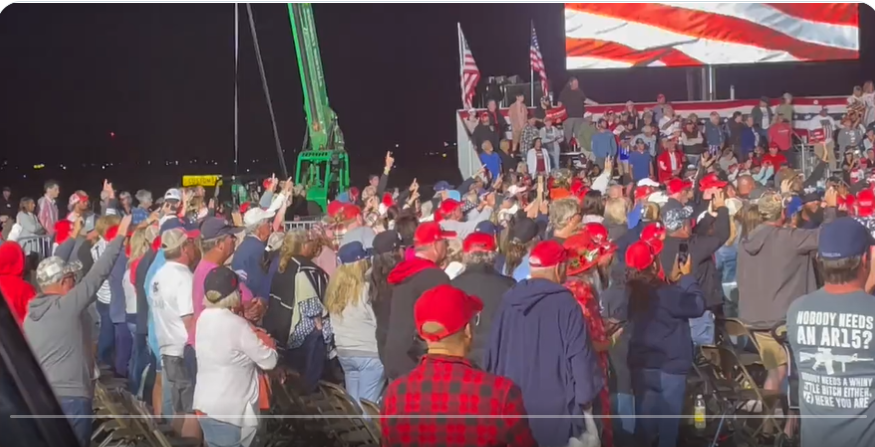 I don’t know if there is no joy in Trumpville these days, but it’s for damn sure that there is no unified policy as to what flies and what doesn’t. Donald Trump gave his latest rally in North Carolina tonight.

It went pretty much according to form. Trump’s enemies were blasted, Trump did the same tired old jokes. He seems to love to mock transgender athletes, so that old saw was dusted off and performed once again.

And then the newest addition to the act, the QAnon salute, one-fingered salute, whatever you wish to call that gesture, started to happen and management shut it down. This is a very short clip. Look sharp, because only a few fingers start to go up and then it’s over.

And this happened again – though less widespread. pic.twitter.com/GxHEv1NRZ5

The man in this photo held up 1 finger and told me he meant it as a WWG1WGA sign – and then the security guard in the next photo told him to take it down.

He was furious “thats my Constitutional right!” the man in the crowd told me after I saw that interaction happen. pic.twitter.com/nAb6norcjT

When the crowd holds up their fingers again at the Trump rally tonight to give the QAnon sign, security moves through them and has them put it down. pic.twitter.com/FQVJVrJ1FX

The Nazi salute is now a constitutional right. Sigh. The fact that anybody would even want to do it is evidence of how far down we’ve come since the 1940’s when so much blood was shed to safeguard the democratic way of life.

I’m not sure the word matters though – they were official staff at the event and clearly had been directed to watch for this kind of gesture and to shut it down.

And they were dressed far more like security than, say, ushers. 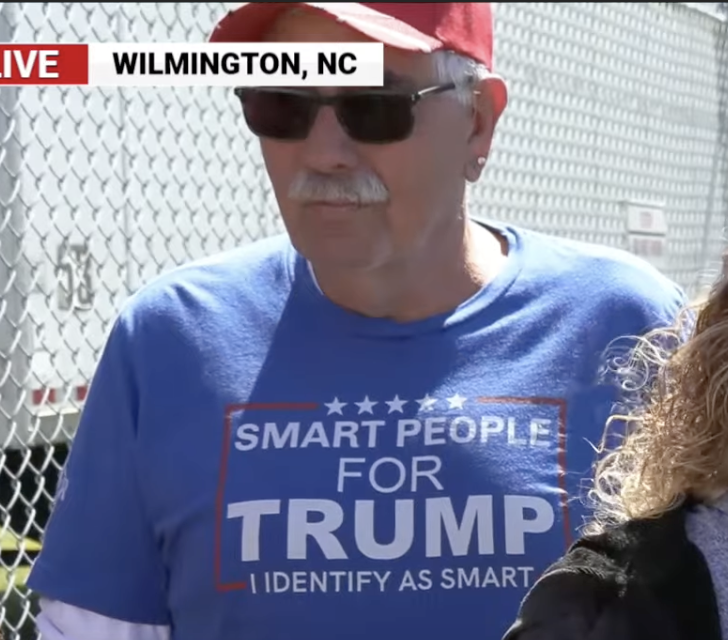 I like this one a lot. This tee shirt speaks to me. 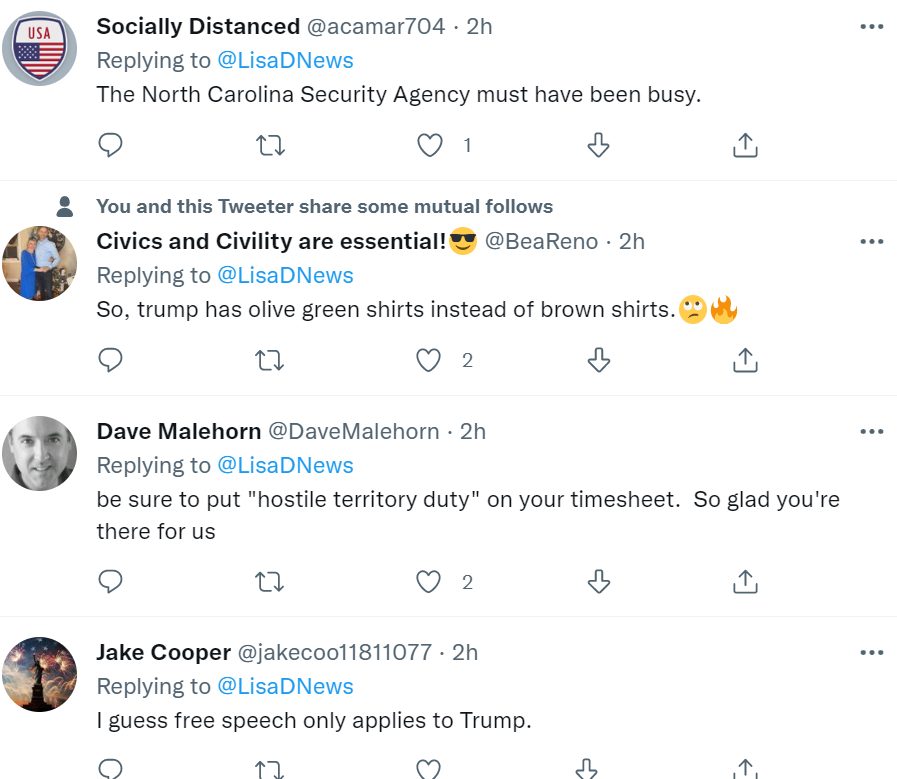 A trip down yet another strange road on the political landscape. Do we allow the Nazi salute in this country — but but but it’s not really the Nazi salute if one finger goes up and maybe the angle of the salute has something to do with whether it’s actually Nazi or something else?

Point being, the fact that the conversation has even turned in this direction, when is a one-armed salute fascist or not, is alarming enough.

As to the salute in Trump world, clearly there are two schools of thought. It was wide spread in Ohio and it’s obvious that somebody in management at the North Carolina venue had thoughts about it.

Trump himself is oblivious and truthfully, in his shoes, I would be, too. He’s got much bigger fish than this to fry. Nevertheless, the fact remains that he could chime in and chill things out if he wanted to and so far that hasn’t taken place. So we’ll assume he likes the fascist salute, in the absence of a statement to the contrary.