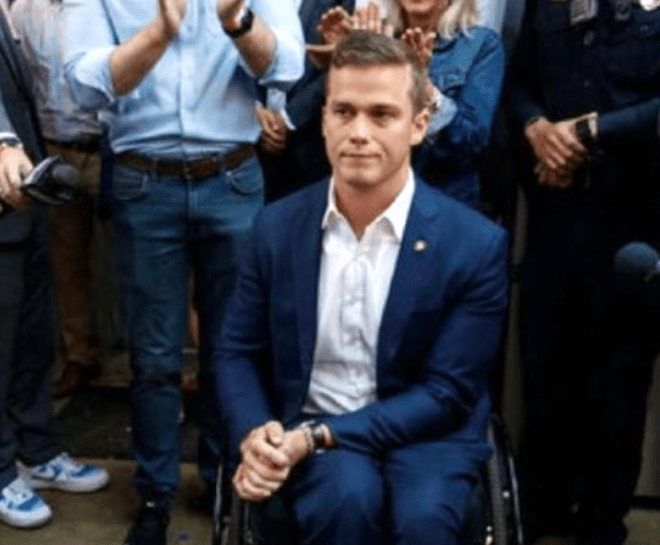 We have seven more months of Madison Cawthorn sullying the halls of Congress and defiling the lower chamber with his presence. Lame duck legislators are not known for their productivity and since Cawthorn never did anything to begin with, nobody expects a lick of work out of him — least of all the constituents that just voted him out. That’s a no brainer.

So what will Cawthorn do now? Here is the tweet that has piqued interest.

It is. When his term expires. pic.twitter.com/aGHPVHiWvE

Two schools of thought: One, it’s a threat to his Republican “foes” whom he blames for his demise from politics, although anybody with a scintilla of a shadow of a lick of sense can see that he destroyed himself.

Or, he’s hot in negotiations with Newsmax or maybe even Fox and he’s going to go over there and do what he was born to do, apparently: Look good on camera and talk pure drivel.

Cawthorn’s “work” history is one for the books. He is a college dropout after one semester. He was a cashier at Chik-Fil-A, and he answered the phones (and not well, we are told) in Mark Meadows’ office before he ran for Meadows’ seat.

Then he lasted one term as a Congressman and now, if all the pundits and prognosticators reading the political tea leaves are right, he will carry his grudge match over to right-wing media.

A job as a talking head is the only job he is remotely qualified for. Now he DOES claim to be an expert on Roman history, so I suppose he could write about that, from a learned perspective. Maybe that’s a career path.

Or, he claims to be a French chef. I shudder to think about that one.

No, Cawthorn was born to be the Voice of Wingnuttia. As Mark Twain so sagaciously opined, “The two most important days of your life are the day you were born and the day you find out why.”