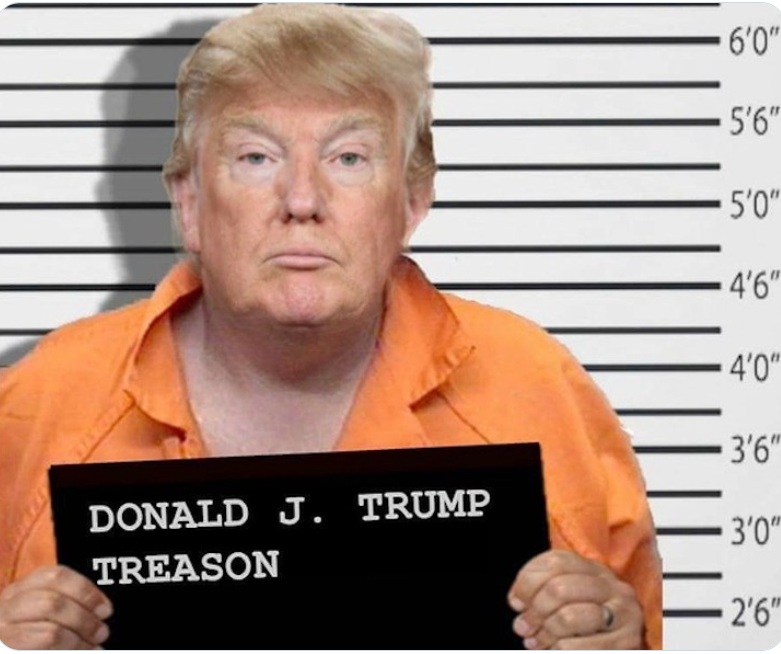 While the denizens of Trump world are running in circles and banging into one another, as they attempt to do damage control on their blatant lies that the FBI was going through Mar-a-Lago planting evidence (while all the while Donald Trump in New York was watching the federal officers in his Florida home on closed circuit television) in the real world investigation of a search warrant shows that some of the items removed from Mar-a-Lago included files marked as Top Secret and meant to be viewed only in secure government facilities. New York Times:

Federal agents who executed the warrant did so to investigate potential crimes associated with violations of the Espionage Act, which outlaws the unauthorized retention of national security information that could harm the United States or aid a foreign adversary; a federal law that makes it a crime to destroy or conceal a document to obstruct a government investigation; and another statute associated with unlawful removal of government materials.

The search on Monday seized 11 sets of documents in all, including some marked as “classified/TS/SCI” documents — shorthand for “top secret/sensitive compartmented information,” according to the report. Sections of the warrant and an accompanying inventory were reported earlier in the The Wall Street Journal on Friday.

In total, agents collected four sets of top secret documents, three sets of secret documents and three sets of confidential documents. Included in the manifest were also files pertaining to the pardon of Roger J. Stone Jr., a longtime associate of Mr. Trump, and material about President Emmanuel Macron of France. […]

The search was carried out as part of the government’s effort to account for documents that one person briefed on the matter said related to some of the most highly classified programs run by the United States. The person told The New York Times that investigators had been concerned about material from what the government calls “special access programs,” a designation that is typically reserved for extremely sensitive operations carried out by the United States abroad or for closely held technologies and capabilities.

Previously, The Washington Post reported that some of that material might have been related to classified documents “relating to nuclear weapons,” which could have been part of the special access programs designation.

On Thursday, Mr. Garland, tensely reading from a teleprompter, announced the department had asked Judge Reinhart to unseal the warrant, a short document with limited information. But, as importantly, he also asked to make public key supporting documents which include the items F.B.I. agents were looking for on Monday, and what they ultimately carted away in sealed envelopes that were placed in boxes.

The most informative and sensitive document, an affidavit detailing the “probable cause” evidence that prompted Judge Reinhart to approve the search, will not be released now, or probably ever, department officials said on Thursday.

Politico reports: Taylor Budowich, a spokesperson for Trump, said the FBI’s move was “not just unprecedented, but unnecessary — and now they are leaking lies and innuendos to try to explain away the weaponization of government against their dominant political opponent. This is outrageous.”

Let us quote Winston Churchill here, friends: “Now this is not the end. It is not even the beginning of the end. But it is, perhaps, the end of the beginning.”

It’s a good thing that Trump has hired on some fancy legal counsel, he’s going to need it.

By next Spring, it is entirely possible, if not likely, that Donald Trump will be a presidential candidate under three separate criminal indictments, two federal, one state, with no way for the Republican Party to extricate itself from the disaster they created by embracing him.

This is beyond batshit. You cannot make this stuff up. If a novelist tried to pitch this, s/he would be laughed out of the room.