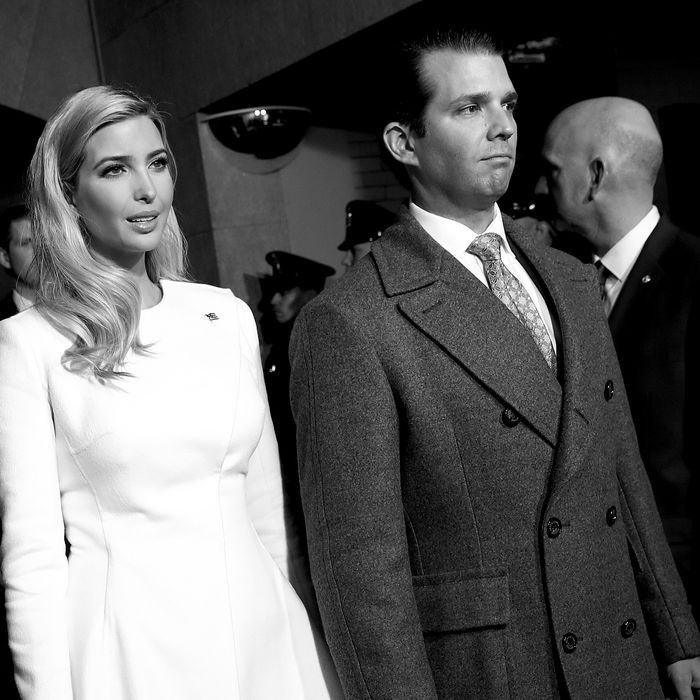 Beware a wolf in sheep’s clothing

I swear to God, this is getting ridiculous. I wrote recently about how it turns out that while Trump is drowning in legal trouble, he isn’t drowning alone. It was reported that the RNC had paid hundreds of thousands of dollars to Trump to defend himself on potential civil and criminal charges stemming from his personal real estate days. Nothing to do with the GOP or the RNC, nor his presidency, his own personal fuck ups.

But it just got worse. A lot worse. Rachel Maddow reported tonight that the tab that the RNC had bankrolled his criminal personal defense fund was up to $1.3 million into his quest top stay out of state prison orange. And it’s only about to get worse.

Because today it was announced that Trump’s two eldest monkey spawn, Ivanka and Don Jr., had been served with subpoenas to appear with documents and be deposed in New York Attorney General Letitia James civil investigation into the running of the Trump organization. And younger son Eric Trump was already served, and appeared last year.

What an outrage! How dare a puny Attorney General dare to summon Trump children on the carpet to ask them questions about the family business?!? Doesn’t she realize that they’re Trumps?, and therefore far beyond temporal laws? And how are the poor, innocent lambs supposed to shoulder this financial burden?

Fortunately, they probably won’t have to worry. After all, that’s what the RNC, Trump’s personal slush fund is for, right? Fortunately, the RNC is a major political party, under the thumb of the Federal Elections Commission. They are required to file quarterly reports. It will take 3 months, but let’s just see if the RNC suddenly starts reporting payments in legal funds for Trump’s kids.

And I’ll close tonight with a word of wisdom for Trump organization schmucks like Allen Weisselberg and Matthew Calamari and his son. Get to know who your friends are! You all backed Trump’s play, and Michael Cohen dropped all of you into the soup. But you’ll notice that the RNC isn’t dropping a single dime into your defense funds, and neither is Trump. Get to know who your friends are.