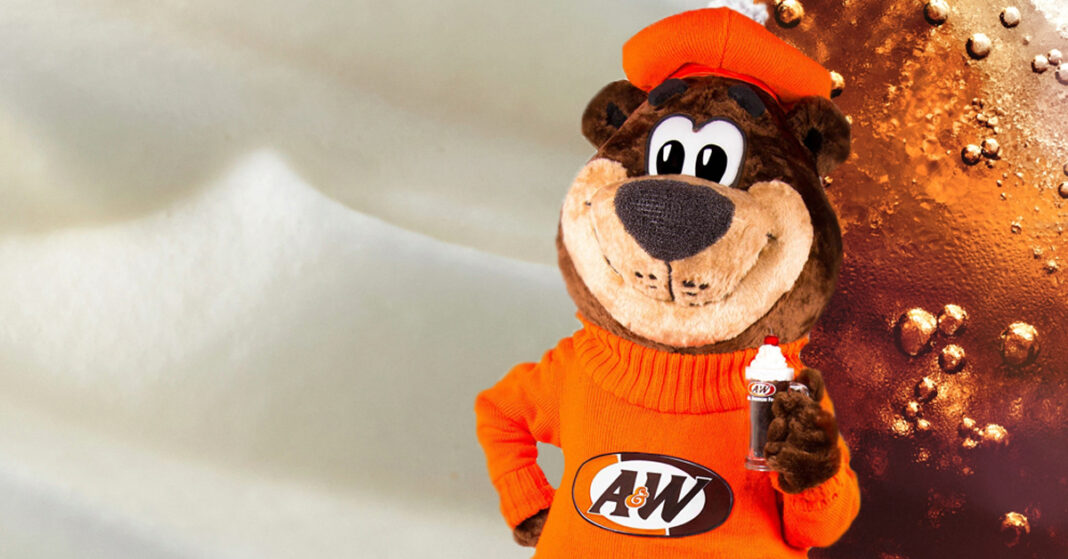 It is probably a good idea to start off by noting to everyone that A&W’s post about “Rooty” the Bear was a joke. I don’t mean to say that they may not be changing up their Rooty Bear look, but the message was clearly a joke:

Is now a good time to mention this is a joke? 😅

Oh, well – it would’ve gotten me as at least somewhat true and – if true, somewhat funny. In these “polarizing…” But I will tell you something that it wouldn’t have done. It would not trigger me into a rage. Nope, not going to happen. Indeed, it’s somewhat creepy to have a guy standing up wearing a sweater but no pants.

Whoever runs the A&W Twitter account has a sense of humor. Their home page simply says, “Yes, we’re still here.” (They are everywhere in Canada, you’re just as likely to run into A&W as a Mcdonald’s, and A&W serves real hamburgers. McDonald’s serves McDonalds. I’m sure you know what I mean by the difference. Not better or worse, but you don’t go to McDonald’s for “burgers,” you go for “McDonald’s.” 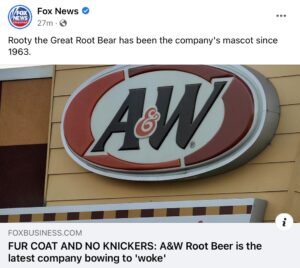 “First it was MAnd th&M’s, now a bear has to wear pants,” she exclaimed. “This is the woke police. Cancel culture has gone ridiculous.” “Quit your crying!” Maria Bartiromo told the root beer company.

And the Fox News video above had some really good responses.

It really is like Steven Colbert’s old schtick, only even sillier.

They're not very bright

Seriously. How can everyone at Fox be this clueless?

Outsmartedly by an “unbearably cute” mascot and all the free advertising that comes with it! Yes, they are still here, especially in Canada, where one often needs a decent burger or McDonalds.
****
[email protected], @JasonMiciak, SUBSTACK: UNREGULATED A.I. POSES THE GREATEST THREAT TO HUMANITY