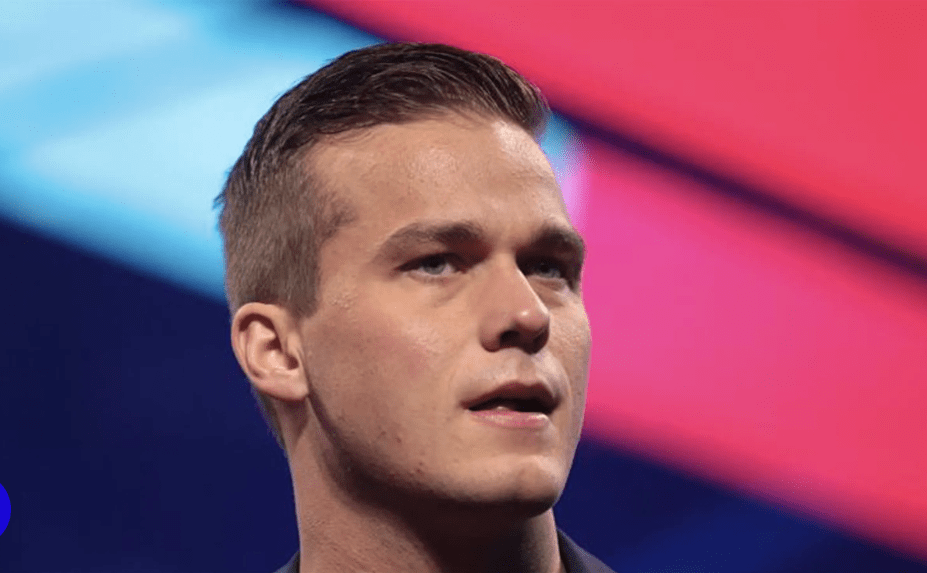 We are about to see what happens when an immature personality, somebody who wasn’t wired too well to begin with, gets a taste of fame, power and money, think’s he’s an indestructible God and then finds out that he’s only mortal after all. Breaking all the rules caught up with Madison Cawthorn. Now he’s unemployed, again, and still stuck in the wheelchair. He’s not taking it well, as you will read.

Cawthorn is, in the words of Don Winslow, “straight evil” and I’m with him. When Cawthorn lost Tuesday a lot of people were saying, “Oh, be nice, have compassion.” No, Winslow is right and Cawthorn is insane and we’re about to see exactly how much.

It started with an Instagram post, wherein he misspelled “genteel” and came up with gentile. He went in and corrected it later. But that’s the least of it, believe me.

First, here is a roster of Darth MAGAt’s generals. 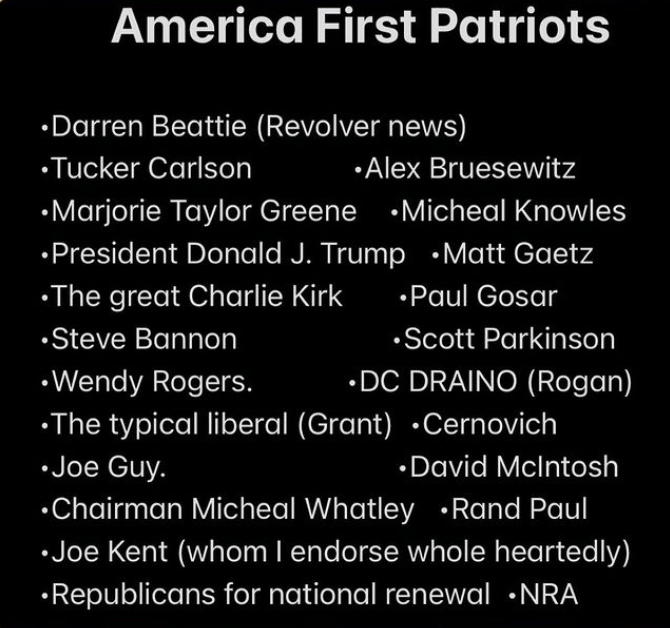 And here is Darth MAGAt’s Manifesto. 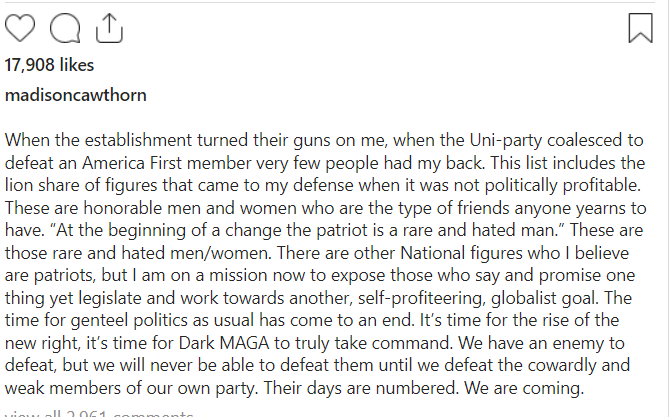 Wait what? Gentile politics? Does he know what that word means? ?? pic.twitter.com/PPUEPTvvoF

Of course he doesn’t know. He’s functionally illiterate, like the Gazpacho Police lady and the other one who wrote about Lt. Corporals. They don’t know squat, but they want to engineer our society. The terror of that is what drives me to the keyboard 365 days a year.

This tweeter makes a point. There are a lot of MAGAs and MAGA spin offs out there. We need a scorecard to keep them all straight. Let me be clear. This is funny as hell, on one level, but what marks it dark and scary is that it’s so sick and it’s only going to end badly. I firmly believe that.

“For over a thousand generations, light MAGA were the guardians of peace and justice in the Old Republic. Before dark MAGA, before the Empire." https://t.co/zNtXwS7Ve4

That’s the one I’m running with.

For all the people who called for "understanding" and "compassion" for Madison Cawthorn on Wednesday.

I give you this. I told you this MF is straight evil.

We can howl and laugh and point but the fact is, I think Cawthorn is dangerous. I think he’s:

You add those all together, they spell “psychotic break and ugly episode” and I frankly think he’s going to go off the deep end. He’s too unstable and he had too easy a ride. He doesn’t have the ability to handle failure on this level.

I have seen this before, although never to this extent. What I have personally seen is people in Hollywood who get a few breaks and think they’re gods and then the money runs out and they can’t handle it and they go nuts. I knew a woman who fit this description who literally ended up in five point restraint after her money ran out and she rose nowhere as high or as fast as Cawthorn. And she ended up being carried away in an ambulance screaming.

I’ll tell you what character in modern culture Cawthorn reminds me of. Paul Snider, the small time pimp who murdered Dorothy Stratten. Same kind of dynamic. Snider was desperate, he had nothing if Stratten left him, so he murdered her and committed suicide. I sincerely would not be surprised to see Cawthorn pull something that far out there.

Every instinct I have tells me this is going to get ugly. I suppose it is possible that Cawthorn’s family can pull him back from going too crazy. Maybe. I’ll believe it when I see it.

Cawthorn is like a little boy now, playing soldier. He’s going to go in for revenge. And I think Don Winslow is right. I think Cawthorn is evil. That’s why I compare him to Paul Snider. Snider was evil, too. At least Snider actually had a glimmer of what he was doing. He had a great eye for beauty and he knew how the world of Playboy worked. In Cawthorn’s case, he was at the right place at the right time and through phenomenal luck got where he got. And then he firebombed his success, when all he had to do was exercise a little humility and show up and vote.

This is going to get very messy, I guarantee. And I hope I’m wrong.

I leave you with this thought. Even Trump pulled away. I believe he only endorsed Cawthorn at the last minute because he was being begged to and Cawthorn was pathetic. But even Trump sensed the whole situation was out of control.