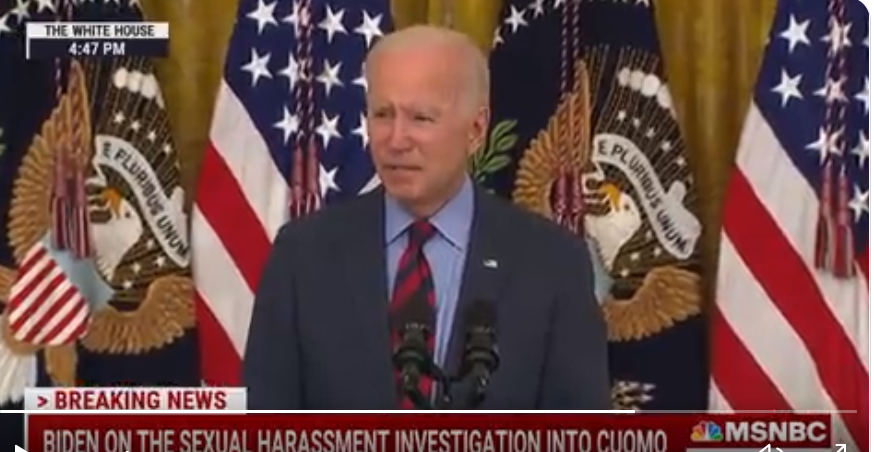 The issue of Andrew Cuomo resigning from office has come up before. The last time he said he absolutely wouldn’t do it. Now, Letitia James has completed her investigation for the State of New York and a chorus of Democrats have joined together asking Cuomo to resign. Earlier this afternoon Nancy Pelosi called for his resignation and just now so did President Joe Biden.

Question: Are you now calling on him to resign?
Biden: Yes pic.twitter.com/rFYybTphPu

That is as cut and dried as it gets. The ball is now irrevocably in Cuomo’s court. How he can try to convince people it’s a good idea for him to stay in office after this is beyond imagination. Plus, any further push back from him is only going to tarnish whatever legacy he has.

It isn’t every day that the president of the United States calls for the resignation of the Governor of New York. Let’s hope that Cuomo will do the right thing and show that the moral fiber of this country is intact and that we are on the mend. Or, are we where we were last year with Donald Trump?

Biden and the rest of the democrats are doing the right thing. There has to be a discernable difference between parties in this country. If Cuomo tries to bluster his way out of this he’s really making a mistake and he’s only going to do more damage. Better to step down with dignity.