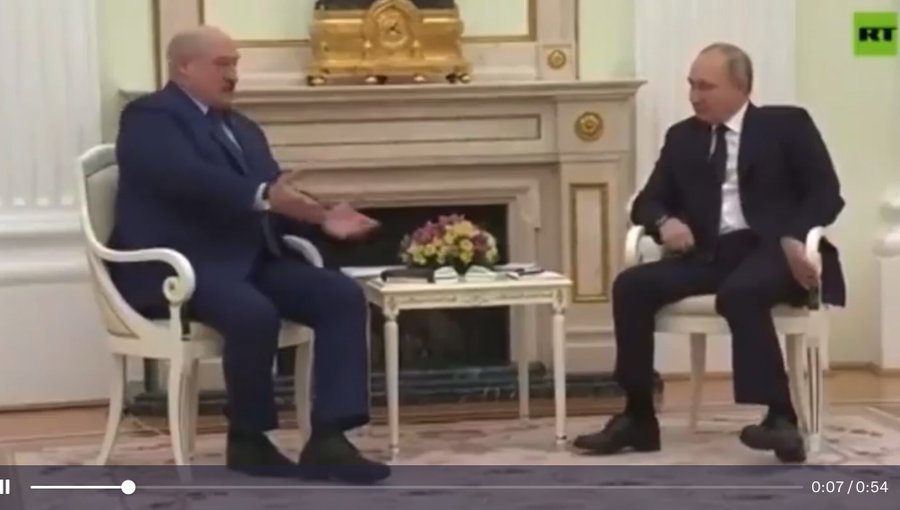 I never state anything as fact unless it can be substantiated by a credible source. So this is pure speculation, based upon this clip that was screened on Twitter and the reactions to it. The clip is well worth the time to watch it, because it is sheer gaslighting by Belarus president Alexander Lukashenko. To hear him tell it, Ukraine attacked Belarus.

That’s fascinating in and of itself but wait a few seconds in where there’s a two shot of Lukashenko and Putin and Putin’s foot moves at a decidedly strange angle.

Putin and his puppet stooge Belarus president Lukashenko claiming they were forced to enter the war: “If we didn’t assault them preemptively, they would have assaulted our forces .. So we weren’t the ones who started this assault – our consciences are clear.” pic.twitter.com/Ve8lDt2BV3

The clip is intriguing for two reasons. 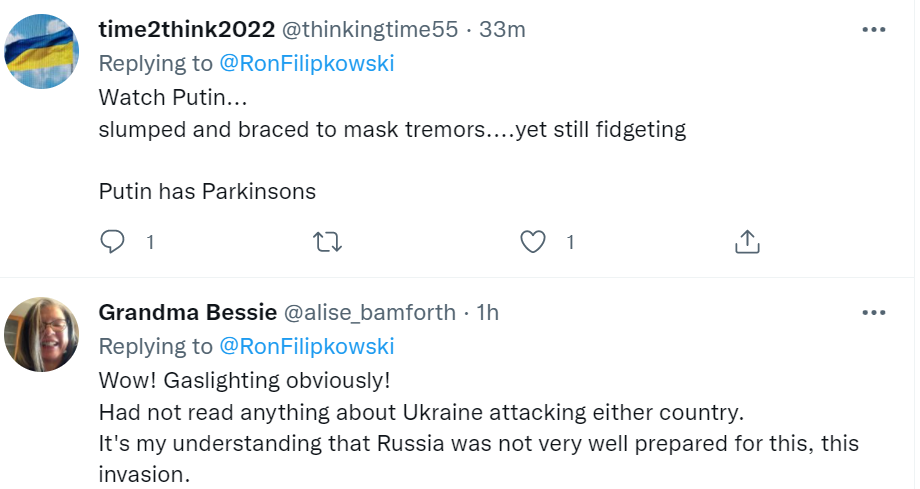 Both of these issues are interesting. One, if this is the new version of how Belarus and Russia got into war with Ukraine, that will be memorable. This is the memory holing of facts in real time. This you don’t see much of outside of a MAGA congregation talking about the Big Lie, this level of pure fabrication of an alternate reality. I was waiting and wondering if Lukashenko would bring up weapons of mass destruction, but no, he didn’t go there. At least not yet.

Secondly, what is up with Vladimir Putin? The weird posture, slumped at an angled position in the chair and then the strange foot lift? 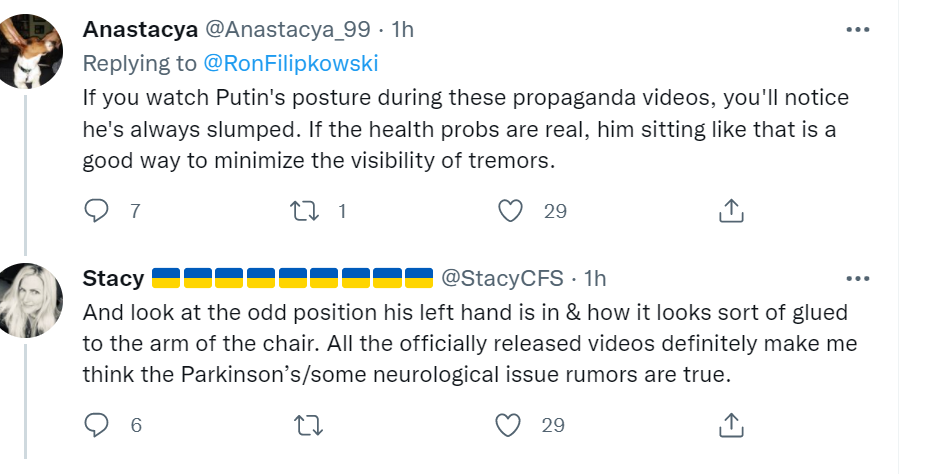 We “heard” they might attack us, so we teamed up & attacked them first, but this was totally a peacekeeping mission to stop the spread of Nazism, oh & like nuclear power or weapons or something or other & like bacteriological weapons & what not pic.twitter.com/86p3Myaqcy

That’s about the size of it.

Now this could explain a lot. If Vladimir Putin is in fact ailing, and let’s go ahead and just speculate that Parkinson’s disease is what he has, then that could be one of the reasons he’s eager to move on Ukraine. He knows that he’s not going to be in power forever and so while he is still functioning he wants to play Peter the Great and restore Imperial Russia.

As to Lukashenko, he’s being a good lap dog and performing for his master. I’m sure we can expect many more of these performances to come.