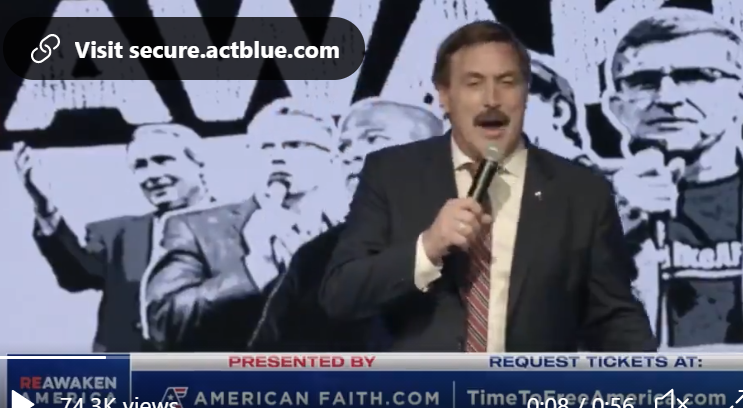 Tears on MyPillow, pain in my heart, caused by you, you. — Little Anthony and the Imperials

The tide is finally turning with Mike Lindell. He realizes that he can’t overturn the 2020 election, so now his focus has shifted to screwing up all the elections from here on out, until kingdom come. Here’s what I think is going on.

Mike Lindell seems to losing confidence in his efforts to overturn the 2020 election. In the past, he's repeatedly promised that Trump will return to office, but now, when asked by Eric Metaxas if Biden will be out by the end of 2022, Lindell would only say, "I pray for that." pic.twitter.com/QOaEMgrPwy

He knows it can’t happen. He’s not going to admit it, so he’s doing this pivot, where he’s claiming that it’s a bipartisan issue to get rid of all the voting machines and install a new, Lindell-developed system. What’s that you say? How is a pillow manufacturer going to design a better voting system than all the technicians and legislators that have developed the system we have? Beats the hell out of us. Maybe he’s going to rely upon his expertise as carpet cleaner, card dealer, pig farmer or bartender. We speculate that the bartending expertise is the one he’s mainly drawing upon. A lot of insanity gets discussed in bar rooms.

No, so far Lindell isn’t talking about his new system, he just says he has one and it’s better than the voting machines and we’re supposed to take that on blind faith.

But let’s look on the bright side, shall we? At least this is a change of pace from hearing about the rewritten and bulletproof piece of litigation he’s filing with the Supreme Court in two weeks.

Oh God. Mike Lindell is now saying he has assembled teams of people to lobby County Commissions around the country to replace their voting machines with a new system he has come up with. Don’t think some of them won’t do it either. pic.twitter.com/oC70hBJg3U

This is the turning point. Lindell needs to keep the grift going, since he’s spun out and stalled with the “decertification” “reinstatement” fantasy. So now he’s got a new angle, he’s going to remove the current election hardware/software, and we presume paper ballots, and install some new system of his own.

He doesn’t elaborate on the details of his “system.” That should be good. I can’t wait to hear that. This is the guy who claimed that a mishmash of foam pieces thrown in a pillow case, constitute a “patented” “interlocking” system “customized” to guarantee you great sleep and is of great scientific benefit. He had numerous lawsuits which he settled out of court because he couldn’t prove the “scientific” aspects of his product.

I would gently remind you to go back and review how Frankspeech, his last Frankenstein’s monster, which was supposed to be a goliath of social media, was hacked in the first fifteen minutes. Hackers posted memes of defecating pigs. Then it crashed and burned in the first week and had to be resurrected. And we are to entrust the cornerstone of democracy, free and fair elections, to the architect of that absurdity? 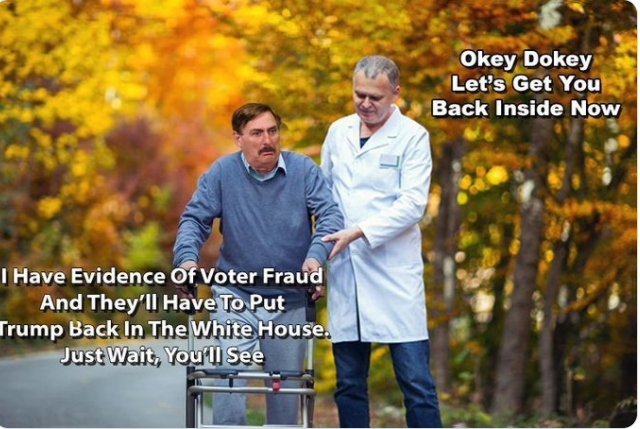 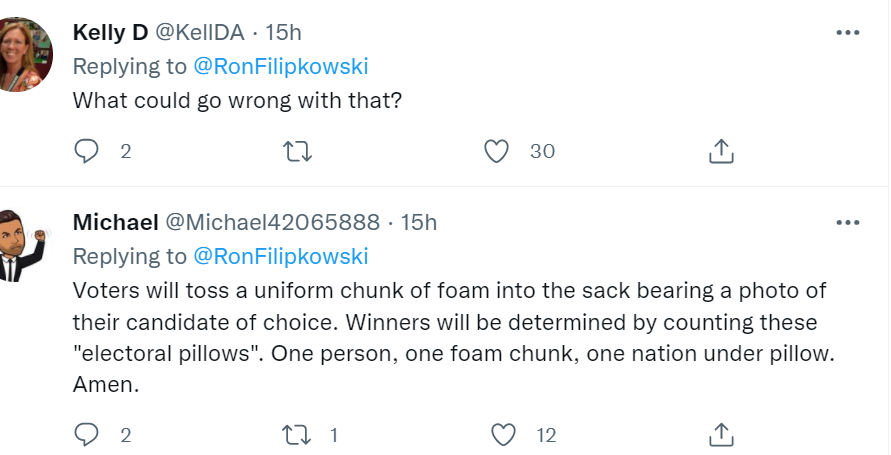 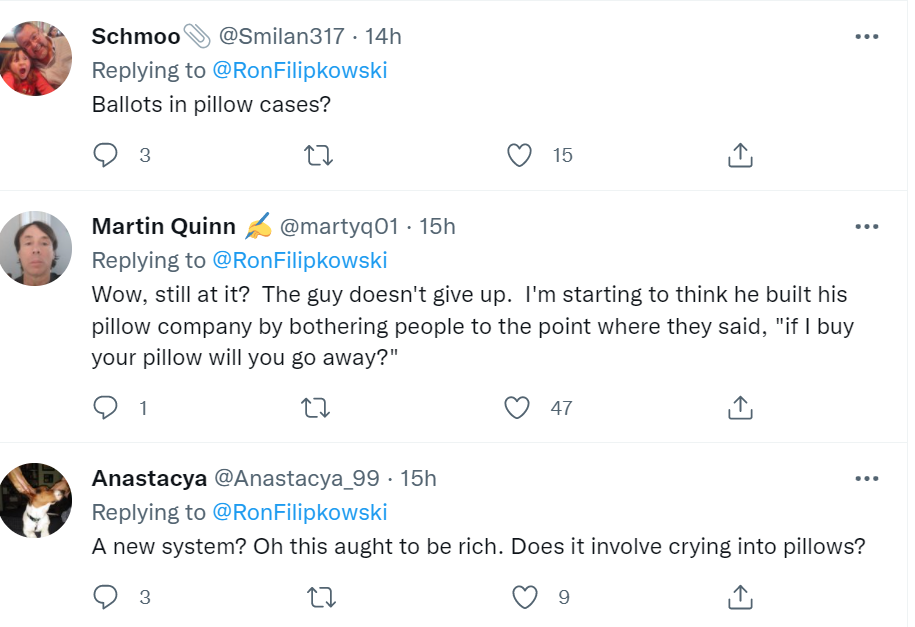 This is going to be good. Stay tuned.