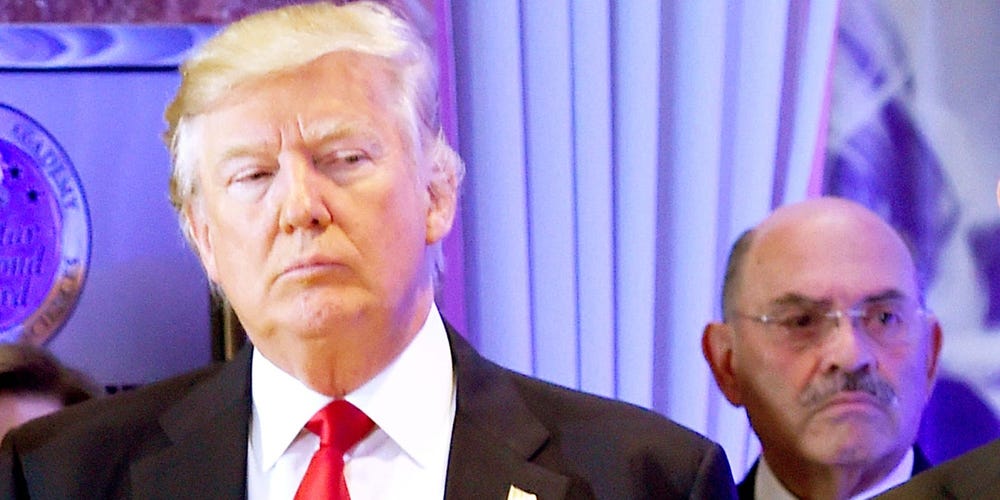 This is going to get good, if everything goes right. Today was the day. Former Trump Organization CFO Allan Weisselberg showed up in court and pleaded guilty to 15 counts of tax fraud involving the Trump organization. In return, he spends 5 months in the Rikers Island Glee club, 5 years of probation, and a $3 million fine.

In return for the deal, Weisselberg will testify fully and honestly against the Trump organization in it’s trial, which is scheduled to start in late October, but not against Trump personally, possibly because Trump isn’t a defendant in that trial. The funny thing is, it may not matter.

With his guilty plea today, Weisselberg had the practical effect of forcing the DOJ to open a tax fraud investigation into the Trump organization, if they haven’t already done so. Here’s why. In confessing his sins, Weisselberg pleaded guilty to state and local tax fraud charges. OK, fine. But among those charges, he also pleaded guilty to federal tax fraud charges. For the first time, a Trump executive has pleaded guilty to federal charges, and in conspiracy with the Trump organization. How can Merrick Garland not start following the Manhattan DA’s bread crumbs?

Now that I have him, lock, stick, and barrel, I spent the next 2-3 weeks wringing Weisselberg dry in debriefing like a dish towel. Forget Trump, he doesn’t matter right now. In his plea, Weisselberg confessed that the scam had gone for for more than 15 years. That’s more than enough time for Bragg’s purposes.

Once you send him home, the prosecution team spends a week or two separate, collating, and putting his testimony into a sensible, chronological order, Make it nice and tight, no holes or gaps.

And then you spring the trap. They haul Weisselberg back in front of a grand jury, and make him go through it all over again. He’s the only witness you need. And when he’s done testifying, ask the grand jury to return a superseding true bill of indictment, adding criminal RICO charges to the existing indictments against the company.

You don’t need to prosecute Trump. Trump is his company, they are inseparable. If the jury finds the company guilty of tax fraud charges, they’ll pay a brutal fine, and maybe be subject to state oversight for a while. But Trump will likely survive to fight another day.

But if the Trump organization is found guilty of RICO charges, that allows the state to confiscate ALL income generated by the corrupt operation. And since pretty much Trump’s only source of revenue, now that The Apprentice sleeps with the fishes is the Trump organization, what happens if pretty much every penny that Trump made in the last 15 years, along with anything that was bought from that revenue, is confiscated by the state of New York? And that includes Diaper Donnie Redux, as well as Eric, and to a lesser extent, Ivanka.

That’s the nightmare scenario for Trump, but right now he’s so beset by legal difficulties, from so many fronts that the extent of damage that Weisselberg can do to him without ever even mentioning his name has escaped him. But if he’s as smart as he should be, Alvin Bragg knows it. And pretty soon, so will Traitor tot. Don’t touch that dial.