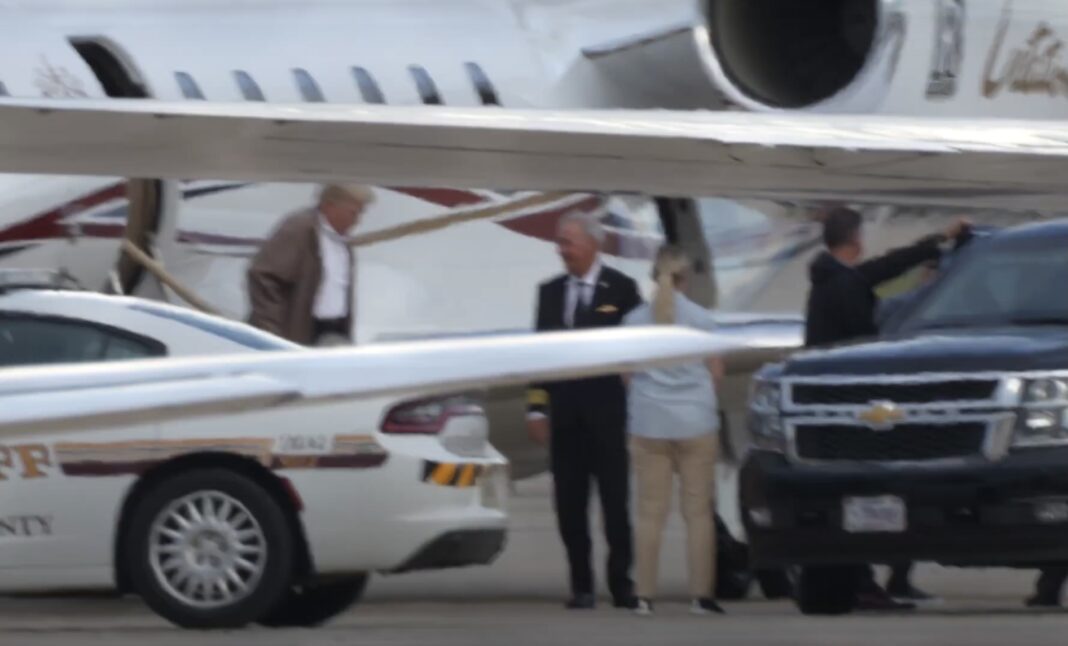 It’s past the witching hour in the nation’s capitol. Arrest, Walter Reed and Trump In D.C. are all trending. The faithful toggle between the hashtags, hoping to catch something new.

Some tweeters cry out in frustration, “I can’t go to bed! I have to stay on Twitter! Why is Trump in D.C.?” Wellll, there are no lack of federal indictments and subpoenas with the Trump name on them, that’s a verity. The day doesn’t go by when a U.S. Marshal isn’t serving process on one of his cronies.

Listen to this video from Meidas Touch for illumination. It runs just over eight minutes. Midway through you learn that September 12 is the deadline for Trump to respond to his Motion For Partial Stay and, in essence, prove that he “owns” the 100 classified documents that he took to Mar-a-Lago. So did all his lawyers quit, maybe, and he’s flying solo, representing himself in propria persona? Or, is it a whole lot more serious than that? It has to be pretty serious for him to literally not change clothes from the golf course, right?

Now let’s see if Trumpty claims to have a possessory interest in the documents. He’s gone silent lately on “declassifying” documents, have you noticed? Somebody finally got through to him and said that dog won’t hunt and so he’s dropped that terminology at least.

And, this is important, if he claims he does have a possessory interest, then in effect he would be admitting to the crime, as was stated in the video. That certainly will work, admission of guilt does wonders to speed things right along.

This I must share again because it’s so spot on.

For those wondering what Trump’s strategy is for flying to Washington DC last night, keep in mind this is a man who believes he had dinner in the White House with Mark Zuckerberg last week. For all we know Trump could be flying in for an imaginary breakfast with Genghis Khan.

And I like this thinking best of all. Now this is very plausible and would be perfect if true. Oh, I hope I hope I hope. 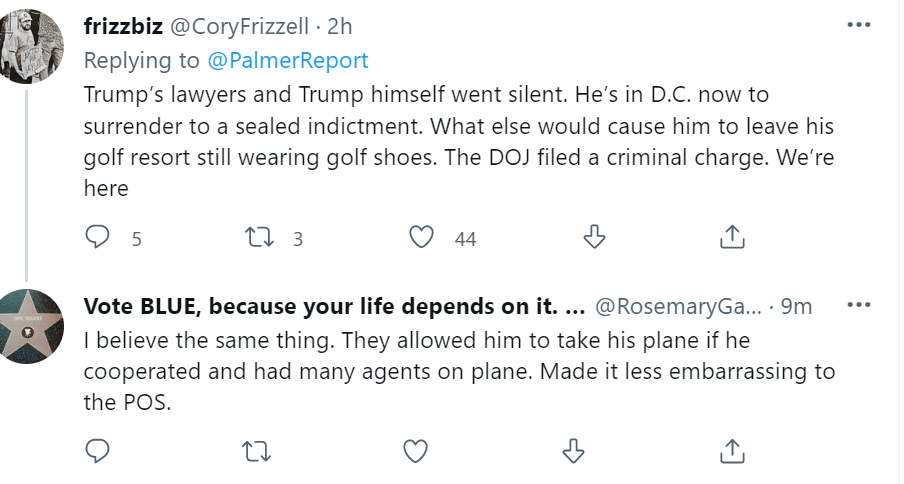 I think that’s it and I hope that’s it. You will find the answers here the nano second we can find them ourselves and type our tiny fingers off. Oh, wait, that’s Trump who has the tiny fingers.

As Murf likes to say, “Don’t touch that dial.”