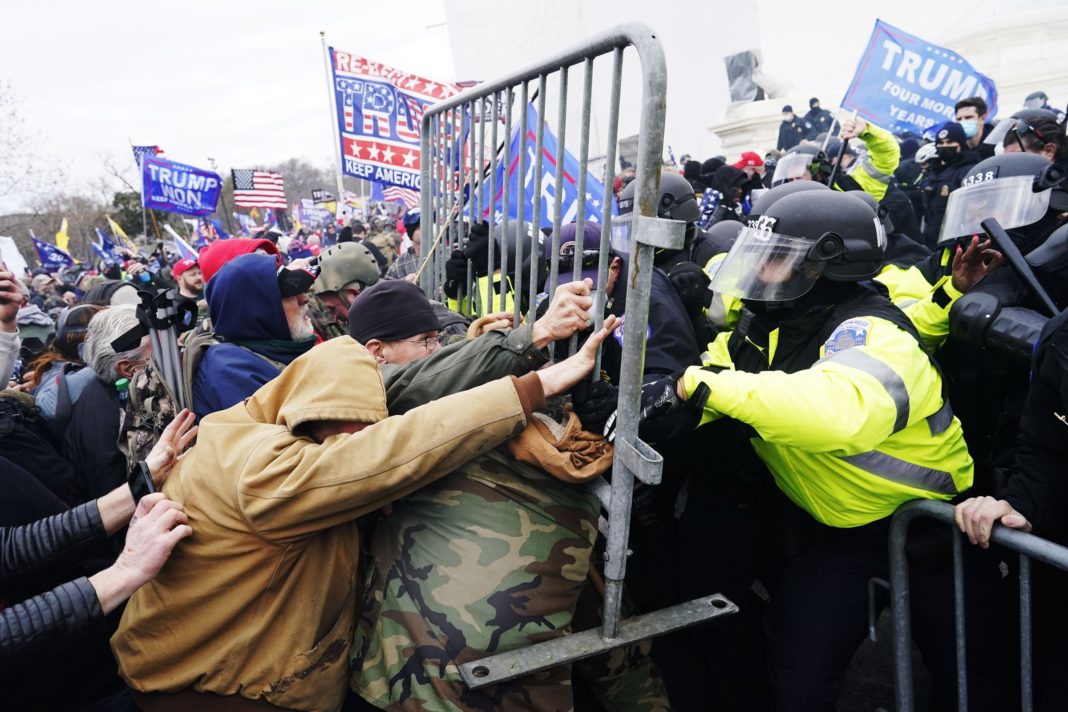 Keep this little factoid in the back of your mind as you read on, because it will be critical later. Right now, 95% of the revelations coming out of the J6 committee hearings have come from Trump aides, staff, and confidants, and GOP staff members and operatives. Just stick a pin in that.

In the last hour, the Washington Post broke the news that following yesterday’s televised hearing, there was a spike in threats of violence and death to committee members. The Capitol police are working out logistics for full time security details for committee members, and possibly witnesses as needed.

Why is this important? Let me set a quick scenario for you. Imagine you’re married, lots of us are. Maybe things ain’t been going so great at home, but that happens now and again. You just keep plugging away at the coal face.

Until one day when a friend, acquaintance, neighbor or coworker comes to you with the longest face seen outside of a horse stable, to tell you that he’s sorry, but he saw your wife coming out of a motel with the cable repair guy, and here’s a cell phone photo.

There are two possible courses of action. You can either thank your friend, go home and confront the wife with the evidence. Or, depending on how strong your sense of self denial is, you can punch your friend in the mouth and kick the shit out of him.

For 6 long years now, base Trump supporters have had everybody they knew with 12 functioning brain cells that they really need to get their heads out of their asses. None of that mattered, because those people didn’t matter, they were warm and snug in their cocoon of cultom.

But these hearings are different. They’re different because the people who are talking to them are people they trusted. And even more importantly, Trump trusted them. He hired them, worked with them. And now they’re taking turns telling the nation and the world that it was never anything more than a steaming pile of bullshit. That’s one reason why FUX News is having so much trouble handling these hearings. How do you vilify the same people who ate up great gobs of your prime time airwaves? How does that make you look?

I know as a former paramedic that an intervention is never a pretty thing. I never saw a subject jump to his feet and yell, Thank God you guys are here, I need help! The first form of defense is denial. And quite often, as the session progresses,it becomes angry or violent denial. The subject knows the others are right, but no good addiction dies easily.

You can see both halves of my scenario at work here. As I reported, a recent poll shows that 58% of
Americans want Trump prosecuted. Hell, Biden won with 52% of the vote, so there are at least 6% of people who didn’t even vote for Biden who want Trump perp walked. Those are the ones thanking their friend, and confronting the spouse. And suddenly you have a surge in threats of death and violence against the people trying to hold the intervention. Angry and violent denial.

I’ll close by saying this. Sadly, I agree with former FBI agent Clint Watts on MSNBC. He feels that this will get worse before it gets better, and I concur. For the simple reason that Trump has let the white supremacists out from under their rock. And while they may not personally give a shit about Traitor Tot, they’ll use the tension and unrest of the situation as an excuse to act out on their base impulses in Trump’s name. An he’ll eat it up. Rough waters ahead.