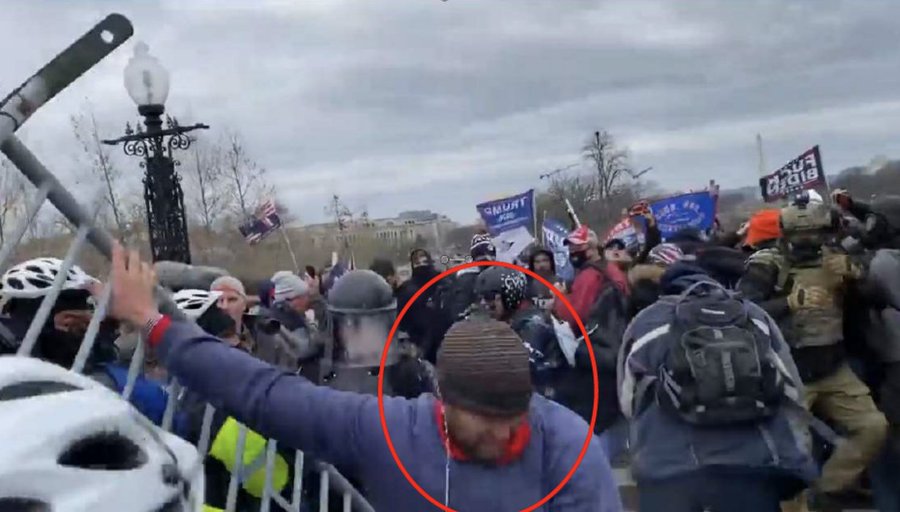 Just stick a pin in this, because I have a feeling that it might well blow up down the road. The J6 committee is methodically going down a laundry list of Trump sins that directly led to the Capitol Riot. But while they’re putting the story out there, they aren’t the final arbiter of justice.

Tomorrow we’ll hear from witnesses from Georgia and Arizona about Trump’s ham handed attempts to get state legislators to magically change the voting results over to send Trump delegates to the electoral college. Since they’re talking to actual insiders, the testimony should be rich in detail. But that’s just the start.

Because we already know that the Department of Justice is also looking at the scheme to elect fraudulent state electors from the 2020 election. They admitted as much themselves. And that isn’t just bad news for Trump, but for the GOP writ large in those 7 states as well.

You know, it’s hard to even catalog the possible federal state crimes that were perpetrated by the bogus electors. Submitting a forged document to a federal agency, such as the House of Representatives, the Senate, and the National Archives is flat out forgery. And if they use electronic means such as e-mail or fax to submit the documents, then that’s wire fraud. And the mere submitting of the documents is an attempt to Interfere with due federal process.

But here’s the thing. I’m not even going to waste the time in this article about Trump ambulance chasers like Giuliani and Jenna Ellis who toured around trying to suborn the fraud. They’re not public officials, they can b e charged at any time.

But here’s the McGuffin. The DOJ has a rock hard rule that used to be observed up until the reign of that moron James Comey that the DOJ doesn’t announce either investigations or indictments in a general election season, in order to avoid appearing to put their fingers on the scale. Under Merrick Garland, one can only hope and pray that that rule still holds true.

Which could end up being disastrous news for the state GOP caucuses. Because while Trump and his criminal cabal in DC were willing to blab to almost everybody about their schemes, when it came to the states themselves, they were more selective, if not secretive. When you look at the bogus slate of electors who were chosen by the various state legislatures, almost every one of them was a sitting GOP member of the legislature, in either the House or the Senate. And now they’re all under the federal microscope.

The way I understand it, the DOJ has a free hand until the last primary votes are certified. After that, they basically go radio silent on their investigations or any sealed indictments. And these DOJ investigations in the states are going to take time.

Which brings us to an interesting possibility. In some, if not all of these states, voters may go to the polls in November to vote for a slate of candidates that are already under federal indictment. And those indictments won’t be unsealed until after the election results are certified.

Which leaves the GOP state parties in kind of a pickle. They win seats in November, only to find out in January or February that they’re going to have to pay for a whole slew of special primaries to have to choose new candidates for seats owned by criminal congressmen, and then pony up their share for the special elections. I am making no predictions. As I said earlier, just stick a pin in this.