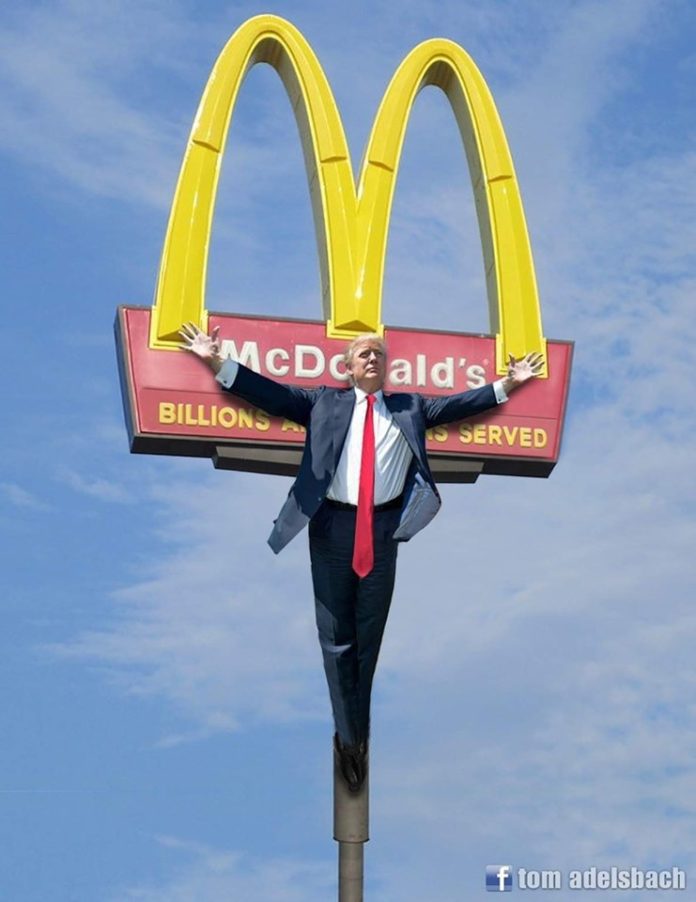 In my previous article, I promised my faithful readers another article, in which I would describe why my money is on Mitch McConnell in his open civil war with Trump and his Senate Trombies. And here it is.

There are actually a couple of reasons for it. First, never forget, at his core, Trump is a political moron. He has no aptitude for politics whatsoever. After all, who in the hell gets millions of more votes in his reelection bid, and yet still loses by double what he lost the first election by in the popular vote. Apparently, Trump isn’t as beloved as he thinks he is.

Second, McConnell is a pure political animal. He has spent more than half of his entire life suckling happily at the public teat, and if there’s a trick he doesn’t know, that’s because it hasn’t been invented yet. If McConnell is willing to go toe-to-toe with Trump, he must know something. Something nobody else is seeing.

I think I know what it is. When Trump got trounced by Biden, one of the reasons he was expected to maintain such a stranglehold over the post Trump GOP was his incredible media influence. He could control GOP decisions with two stubby thumbs, and scare incumbents shitless with a 5 minute phone call to FUX News.

And then he lost his social media privileges’, and everybody said it didn’t really matter. Hell, he’d be welcomed home as a prodigal son at FUX, and Newsmax, One America Network, the The Patriot Network would fight over whatever time was left over. Shit, the guy could spend more time on the air now than he did when he was President.

Almost none. A couple of days ago, he had a short, pissy phone in interview on FUX, followed by another couple to far right outlets. But that’s it. So where is Trump’s overpowering media dominance in far right media, the key to his survival? It’s gone. Boom! Toodles. And here’s why.

The Big Lie. In the days following Trump’s loss, all of the far-right media outlets followed Trump down the same rabbit hole he had been parroting for months, that the election was rigged and stolen. And they named names. And what did it get them? Two of them are under multi-billion dollar lawsuits filed by a voting machine maker and a voting software manufacturer, and the other two are walking around on egg shells, waiting for the hammer to drop on their own fat heads.

Trump will never give up The Big Lie, and as long as he doesn’t, then he’s totally toxic to the far right media. Just look how much trouble Newsmax had in shutting up The My Pillow Moron after they were slapped with the suit, and Lindell is a babe in the woods when compared to Trump. The Newsmax anchor had to read a disclaimer over the top of Lindell before storming off of the set, and so did another outlet interviewing The Ghoul Man, royally pissing him off. In fact, during his brief FUX interview, Trump once again spouted off The Big Lie, which must have given the producer a heart spasm.

There you have it. Trump is finally caught up in the sticky web of his own bullshit. Trump will never stop spouting The Big Lie as an excuse for losing the election, and as long as he does, the far-right media can’t put him on the air, because they never know when he’ll provide another exhibit for their trial. And Trump can’t start his own media outlet, because if he goes berserk and starts making the same false claims, those companies will simply sue his stupid ass too.

I think that this is what Mitch McConnell figured out when he decided to go to battle. Trump requires an overpowering media presence in order to stir up his base, threaten his opponents, and reward his lackeys. If he doesn’t have social media, and he can’t even get serious air time on far right networks and outlets, how does he communicate? Never underestimate Mitch McConnell.