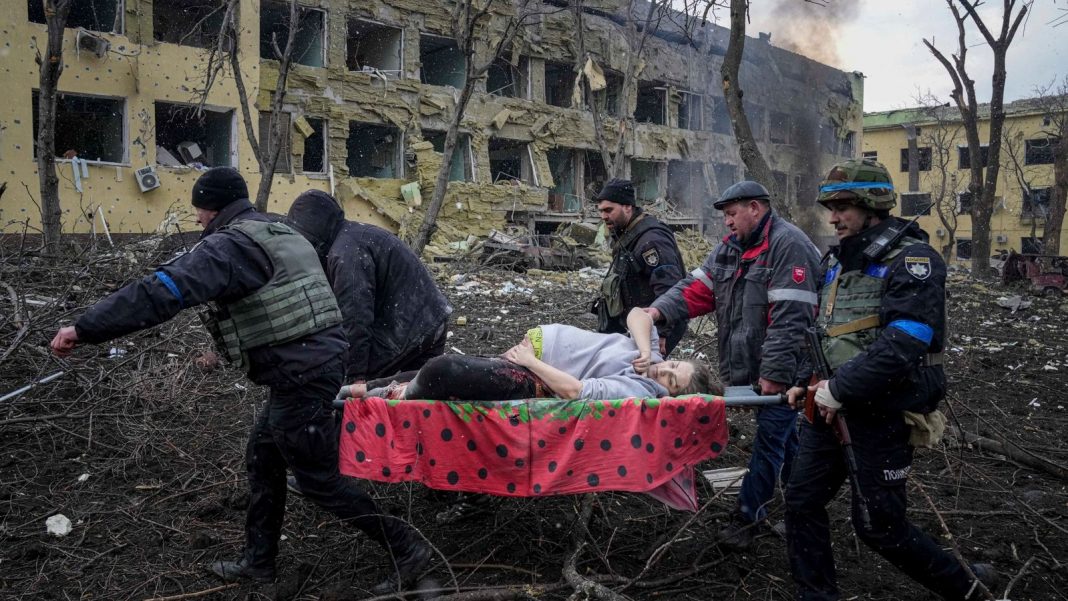 Finally an explanation for Russia’s piss poor military performance in the Ukraine, and provided by no less that former US 4 star General Barry McCaffrey. And the funny thing is, I had written about one part of it more than a month ago.

Before we get to McCaffrey’s explanation, and why it makes so much sense, a brief explanation, also provided by McCaffrey is needed. I wrote previously about Putin spending billions of dollars over the last 20 years upgrading his militaries’ tanks, armored transport vehicles, artillery and missiles. So why do they have 40 mile long convoys that can’t seem to get anywhere?

According to McCaffrey, there’s a very simple reason, and one we taxpayers here in the US know only too well. Good old basic graft and corruption. You remember our famous examples of the $25,000 toilet seat for US bombers, and the infamous $800 monkey wrench? Now imagine it on steroids in a basically corrupt government and manufacturing complex with no oversight! And since there is nobody in Russia who gives Putin bad news, he thinks he spent $7 billion for new shit, and the shit they gave him isn’t worth a bowl of piss Jack Daniels. Example. It turns out that Russian industry can’t seem to make tires. So instead, they farmed the contract for Russian troop and truck tires out to China for cheap ass discount tires. Which blow up like 4th of July fireworks every mile and a half or so. Stalled 40 mile convoy explained.

Now onto the main entree, and where I come in. About a month ago I wrote that nobody out there wants to go up against Mother Green and her fighting machine. My point was that China hadn’t engaged in theater wide combat since Korea, and Russia hadn’t been involved in a large scale ground invasion since they got their asses kicked in Afghanistan in the 1980’s. The US military has just come off of 20 years of constant, theater wide, live fire combat. The troops, equipment, officers, and tactics are battle tested. Nobody else can say that.

McCaffrey agreed wholeheartedly, and then he put me on the floor when he explained how Putin himself had actually jammed the corn cob up his own ass. He explained that Putin’s first military foray was against the breakaway Republic of Chechnya. But that was largely an air campaign of civilian terror, much like what we’re seeing in Ukraine, with por Russian local nationals doing the ground fighting. The Russian army was largely ancillary.

In 2008 Putin once again fought an extremely localized action in the sovereign nation of Georgia. And once again it was mostly pro Russian Georgians who did the bulk of the fighting, with the Russian army providing support. Putin carved out what he wanted, and got out.

And now we come to Ukraine, and the corn cob up the ass. In 2014, furious at Ukraine for ousting his hand picked puppet President, Putin moved in to secure the strategic,  largely Russian ethnic region of Crimea. Once again, it was largely pro Russian Crimea separatists doing the fighting, with Russian special forces in mufti, the little green men, offering support. Putin also set up Russian support for two breakaway regions in the north of Ukraine, supplying them with weapons and support.

Are you catching the common thread here? Ever since Afghanistan, all of Putin’s military adventures have been highly local, and depended mostly on either air power or pro Russian locals, minimizing his risk to his own troops.

Meanwhile, Ukraine has been at a constant state of war for 8 years now! True, they’re fighting partisan separatists, but they’re at war, and the Russian army isn’t! And in those 8 years, Ukraine has moved westward towards Europe, getting training, logistical support, and defensive armaments from the US and NATO. All of which they have become proficient with in nonstop fighting. Over the last 8 years, the Ukrainian army has lost more than 14,000 soldiers in the conflicts.

There’s your corn cob right there, and it must chafe Putin’s ass something fierce. When Putin sent his third rate army into Ukraine, he honestly had no idea that he was sending them into battle against the best trained, best armed, most battle hardened and tested army in all of Europe. And the kicker is that it was Putin himself who helped to train them up and battle harden them, by constantly giving them battle experience against pro Russian separatists, while his own troops sat in their barracks, listening to The Clash. Welcome to your world, Vlad!