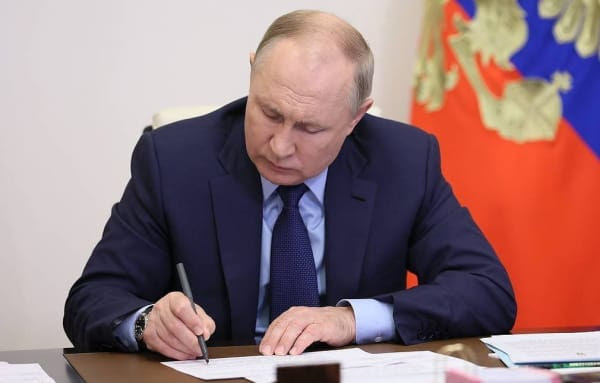 Oh. My. God. As I’ve grown older, I have found that I suffer fools far less gladly then I did when I had more patience. But at the same time, nothing pleases me more in my dotage than seeing supreme acts of stupidity punished with the severity they deserve.

48 days ago, Vlad the Imp invaded Ukraine. Putin can put any shade of lipstick he wants on that pig with his ever changing series of excuses and justifications, but he did it for one reason and one reason only. Putin has been demanding international guarantees that Ukraine would remain neutral, meaning that they would never ask for admission into NATO, even though their constitution calls for it. Forget the fact that Ukraine isn’t even qualified to apply for NATO membership right now, Putin was terrified of another 400 mile long border being controlled by NATO, and pinching him in, so he took matters into his own hands.

As I said in the headline, stand up and take a bow, fool! Earlier today, both Sweden and Finland confirmed that their governments are seriously considering applications for NATO membership, and that the decisions would likely come in weeks, not months. Remember, Putin was terrified of a 400 mile Ukraine-NATO border to his south. Well, guess what? Finland shares an 800 mile border with Russia to the north! Man! Talk about being hoist on your own petard.

And Russia has already tested Finland, and it didn’t work out so good. In the winter of 1940, whie Stalin was still an ally of Hitler, he invaded Finland to expand his borders. And got his sorry Bolshevik ass kicked. The Finnish army, camouflaged in white to match the snow, and travelling on skis,ran rings around the Russians. And another reason. The Finns, ready to fight in the cold, had no trigger guards on their weapons, allowing them to wear warm mittens and still shoot. The Russians had to wear thin gloves in order to slip a finger inside of the trigger guard. Russia bailed and settled for a handful of extra miles of border.

In fact, a report today said that Putin had moved Russian military troops up to the 800 mile border with Finland. Seriously? Reputable military analysts say that Putin has almost 50% of his available ground forces and equipment tied up in Ukraine. So, what is he sending up to the Finnish border? The Russian equivalent of the National Guard? Conscripts? Reserves? Stalin Scouts? And if Putin can’t tackle Ukraine with his alleged best, why should Finland be worried about the Russian equivalent of Michigan weekend warriors?