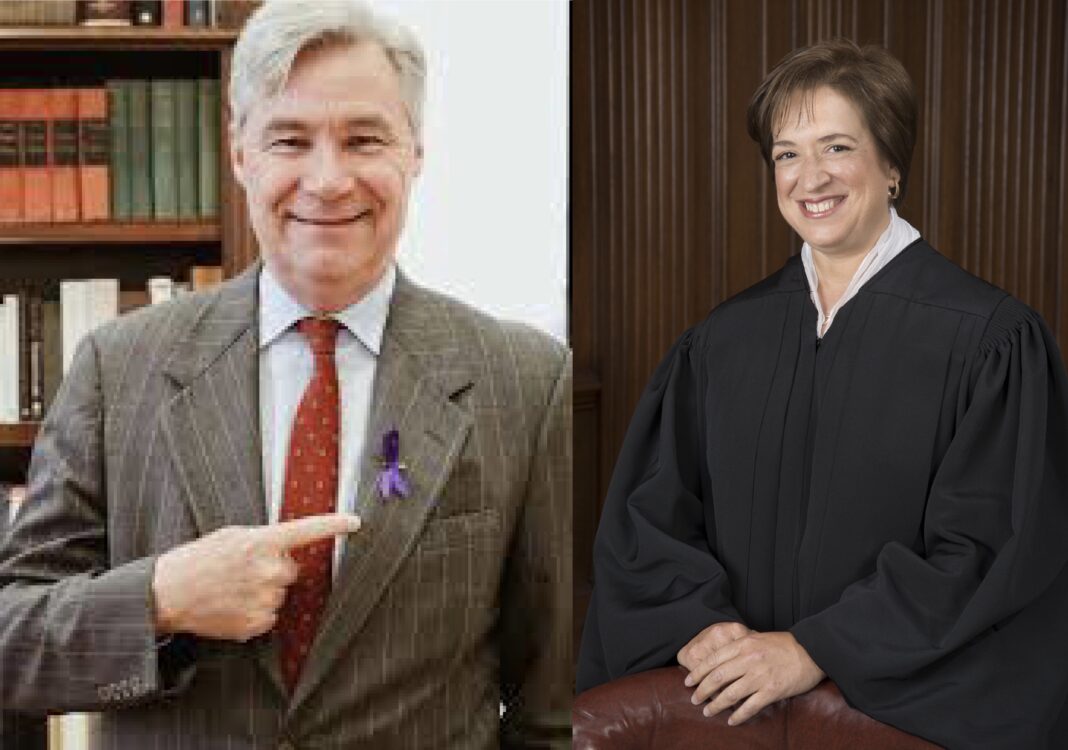 Immediately below is a compilation of a thread of tweets by Sen. Whitehouse with some commentary by me for easier reading. At the bottom I will post the Senator’s original tweet, in case some may wish to follow the commentary on Twitter.

Reading Justice Kagan’s excellent dissent in West Virginia v. EPA, it’s clear that she is on to the FedSoc Six, whose fossil fuel industry-friendly “reasoning” is dominating the Court. Follow along for some excerpts from her dissent:

”Today, the Court strips the Environmental Protection Agency (EPA) of the power Congress gave it to respond to “the most pressing environmental challenge of our time.”

“The Court today issues what is really an advisory opinion on the proper scope of the new rule EPA is considering. That new rule will be subject anyway to…pre-enforcement judicial review. But this Court could not wait…to constrain EPA’s efforts to address climate change.”

Here, Kagan is making it clear that the FedSoc Six was so anxious to begin wrecking The EPA that it could not even wait until an opportunity presented itself in their next session. Must throw sops to the GOP donor base well ahead of the mid-terms don’t ya know…

“Congress knows what it doesn’t and can’t know when it drafts a statute; and Congress therefore gives an expert agency the power to address issues—even significant ones—as and when they arise. That is what Congress did in enacting Section 111…”

Love, love, love, this not-so-subtle jab at her conservadim bench-mates. At least Congress, which we all know can be irredeemably stupid, knows what they don’t know. Heh.

“The majority claims it is just following precedent, but that is not so. The Court has never even used the term ‘major questions doctrine’ before.”

“…years ago, I remarked that ‘[w]e’re all textualists now.’ It seems I was wrong. The current Court is textualist only when being so suits it…”

”…When that method would frustrate broader goals, special canons like the ‘major questions doctrine’ magically appear as get out-of-text-free cards.”

Only when dealing from the bottom of the deck…

“Today, one of those broader goals makes itself clear: Prevent agencies from doing important work, even though that is what Congress directed. That anti-administrative-state stance shows up in the majority opinion, and it suffuses the concurrence.”

“The Court will not allow the Clean Air Act to work as Congress instructed. The Court, rather than Congress, will decide how much regulation is too much.”

Well, The Court and The GOP donor base…

“The subject matter of the regulation here makes the Court’s intervention all the more troubling. Whatever else this Court may know about, it does not have a clue about how to address climate change.”

“The Court appoints itself—instead of Congress or the expert agency—the decisionmaker on climate policy. I cannot think of many things more frightening.”

In this dissent Kagan proves, once again, that she is the Court’s most brilliant and incisive writer.

It is our profound loss that she will not be penning more majority opinions.

Reading Justice Kagan’s excellent dissent in West Virginia v. EPA, it’s clear that she is on to the FedSoc Six, whose fossil fuel industry-friendly “reasoning” is dominating the Court. Follow along for some excerpts from her dissent: