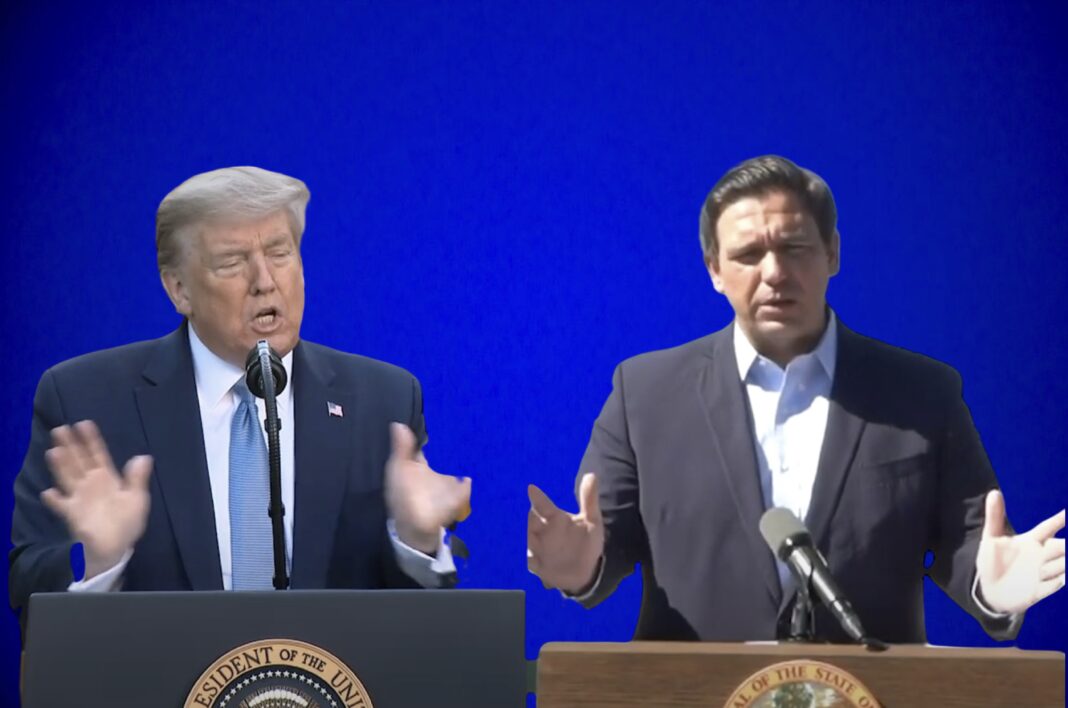 These are not glad tidings from Rick Wilson and to be honest, I was wondering if he wasn’t trolling in his recent interview in the Guardian wherein he predicts the Second Coming of Donald Trump, when the GOP makes the same mistake it made in 2016 and puts him atop the ticket. I didn’t think he could be serious.

That said, he made a compelling argument for how that very thing is going to happen. Read it and weep.

Wilson starts out by talking about how “Ron DeSantis won an election in Florida against a three-time loser, a campaign that was run by the best Republican party in the country, and I mean that because I’m a guy who helped over many years elect many people in the great state of Florida. The quality of our operation here made it look easy.”

“Has Ron DeSantis been to the rodeo? Has he been out there in the fight? Has he actually faced up against a full campaign of the brutality and the cruelty that Donald Trump will level against him? He has not. It’s like he’s walked on to the field on to third base and thought he hit a grand slam home run. It’s easy for Republicans to win in Florida. It’s how it’s supposed to be: we built it that way. In a Republican primary against Trump, even Trump in a weakened state still has an innate feral sense of cruelty and cunning that Ron DeSantis does not have. How does Trump know that? He watched the debate.”

Wilson is referring to a gubernatorial debate in which Crist asked his opponent to commit to another full four-year term in the governor’s mansion; like a rabbit caught in headlights, DeSantis, 44, struggled to answer directly.

“It was nine seconds of the gears moving in his head and you could see the agony on his face, like ‘I don’t know what to say.’ Trump never has a doubt. He may be an asshole but he never has a doubt. Ron is over-intellectualising it and I’m telling you: this guy has a glass jaw.”

This, Wilson predicts, will become apparent on the debate stage, a setting where Florida Republicans such as Jeb Bush and Marco Rubio struggled against Trump in 2016. “All of a sudden, all that donor money is going to go, ‘Oh, fuck,’ and then they’re going to call Ron’s people and go, ‘Hey, listen, we love Ron but we’re worried. We’re gonna have to sit this one out for a little while. Let’s see what it looks like in a month.’

“And then a month will pass and all of a sudden Donald Trump is the nominee. That’s how it’s going to go and I don’t say this out of any joy; I say this because I’ve just been to this fucking party too many times now.”

Wilson also suggests that DeSantis may lack the personal touch and knack for retail politics that is crucial in a Republican primary. A recent New Yorker magazine profile noted several people describing “his lack of curiosity about others, his indifferent table manners, his aversion to the political rituals of dispensing handshakes and questions about the kids”.

Wilson opines: “You’re telling me you’re going to send Ron DeSantis to New Hampshire where he has to go and sit in a diner with the Merrimack county GOP chairman and that 79-year-old codger is going to want to talk to Ron DeSantis about the gold standard or whatever and Ron DeSantis is going to sit there and get bored and restless and leave or be angry? I’m sorry. Sell me another fantasy of Ron DeSantis the perfect candidate.”

These are all valid points. And you have to give it to Wilson, he has been in this field for a very long time and he is right there in Florida, at ground zero, watching all this. It’s a bit difficult to dispute his conclusions given the advantages of perspective that he brings to the table.

What about the donors deserting Trump? Wilson says they’ll be back. He predicts that once Trump has eaten DeSantis alive in a debate or two and his numbers start ticking up again that a time of reevaluation will take place, people with get cold feet vis a vis DeSantis and the checkbooks will come back out for Trump.

And one thing is undeniable: the GOP has had any number of occasions to turn Trump loose. They had two impeachments, for God’s sake. They could have cut bait at any time. They won’t. Even with Trump’s catastrophic performance just this week of having the neo-Nazi over to supper, the GOPers are not coming out and condemning his behavior. They’re too scared to.

It just might come down this way. Bookmark this piece. Let’s see what we’re talking about in 2023. Because the fact of the matter is, Trump is on the ropes. He’s desperate. Nothing is more dangerous than a wounded, cornered animal and if you want to see a display of innate, feral cruelty, those are the conditions that will produce it. I think Wilson is right, about all of it.

And I’m not happy to say that, but facing reality is better than denial. Other than legal catastrophe befalling Trump and that may well happen, too, this could be the scenario we’re looking at, leading into Election 2024. And actually, it could be a benefit. Joe Biden beat Trump like a drum once, I believe he’ll do it again.