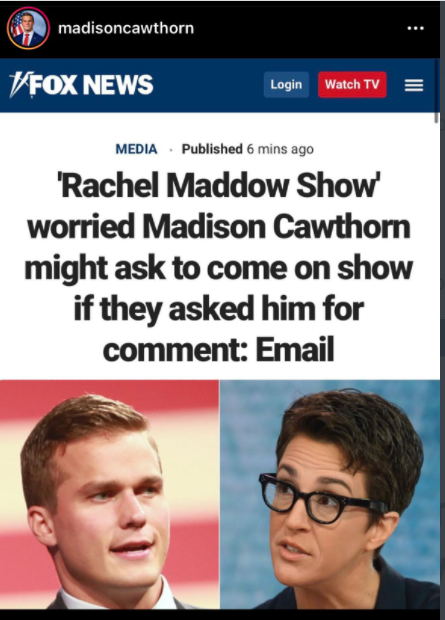 It is not surprising that this latest bonkers rumor has been started by none other than Lauren Boebert. Maybe she thinks Rachel Maddow would be too intimidated to have her on her show as well. Maddow attended Stanford and Oxford. I for one would love nothing more than to watch her flip intellectual cartwheels around Cawthorn, although her doing so would use about 1/10 of her mind, if that. Maybe she should handicap herself by taking sleeping pills ahead of time, or doing the interview in a tub of ice water, while Cawthorn is comfy and warm. It would be memorable, right up there with the David Frost/Richard Nixon interview of yore, although for very different reasons.

Well, naturally. I’m sure she is terrified to square off with the intellectual leader of the Republican Party. pic.twitter.com/HtcxviBNNp

Maddow isn’t the only one laughing. 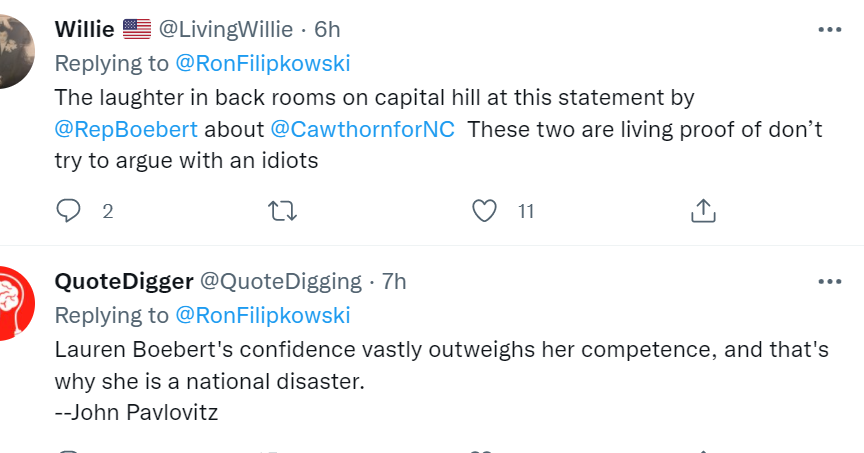 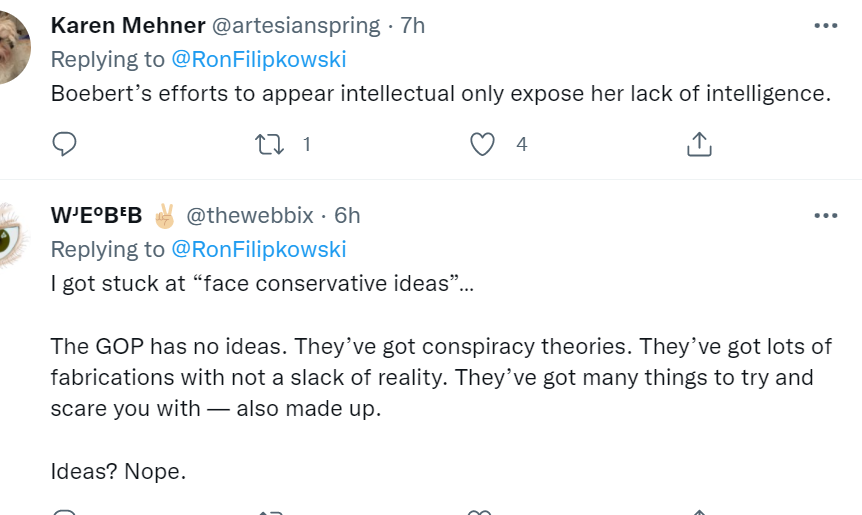 I hope it happens. I would love to see it. I would give anything to have Maddow ask Cawthorn to explain how he met his good buddy, the man who introduced him to his future wife, in a casino in Russia, in a city that had no casinos. That’s for openers.