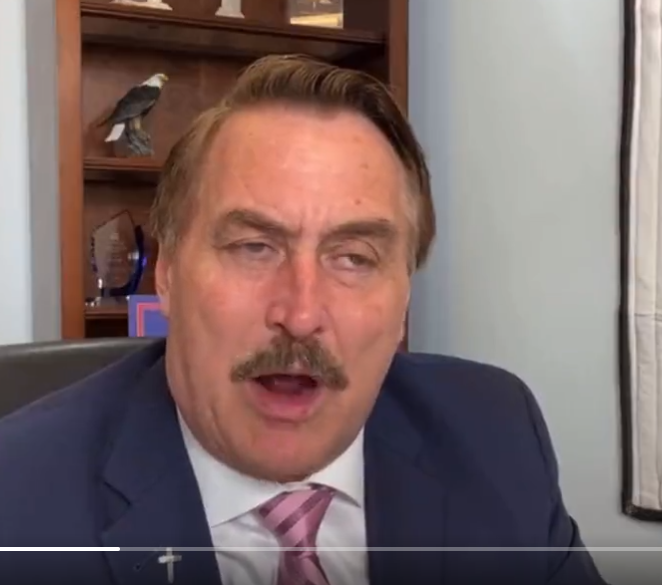 Color him livid. Mike Lindell was having a fine dining experience at Hardee’s (fast food burger chain. I think it’s the same as Carl’s Junior out here in the west) when lo and behold, the FBI “surrounded him” executed a search warrant on him and seized his phone.

Or something to that effect. Remember, this is Mike Lindell we’re talking about.

I assume that this is part of the dragnet thrown by the Department of Justice in connection with January 6. Now you know that Lindell was front and center with John Eastman, Strikeforce Rudy and all the others in the Trump cavalcade of clowns, but seriously, I’ll bet there are some numbers on Lindell’s phone who the FBI might be interested in for other reasons. This could have been a really interesting event tonight, right there among the French fries.

The FBI nabbed Lindell at a Hardees and seized his phone. pic.twitter.com/dOWw22gAoK

A couple of questions: 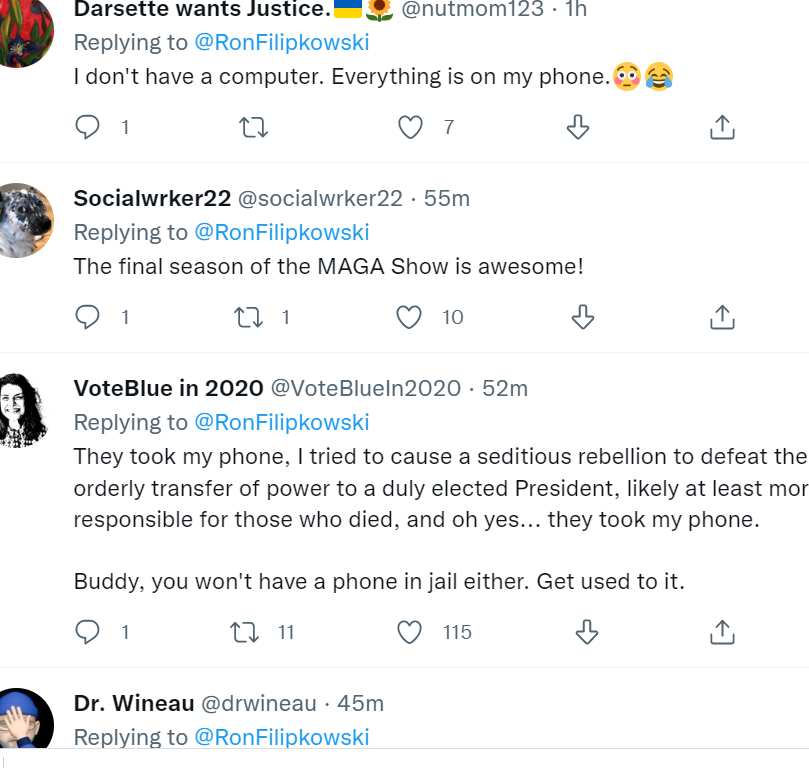 The tweet above is cut off but it says “Hardee’s har har.” Sorry. The snipping tool can be tricky.

Just here for the entertainment pic.twitter.com/hflSEre47S

It’s been a wild and crazy week and it’s only Tuesday night. Maybe I should just stop sleeping, I don’t want to miss a minute of this.