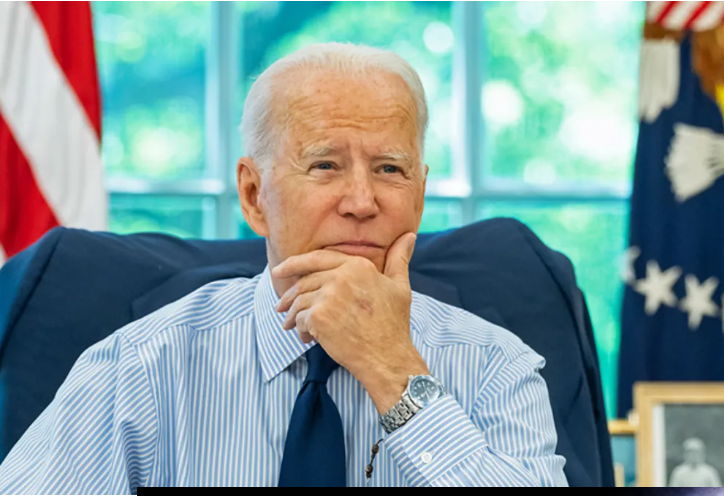 Have you noticed that fewer and fewer MAGAs are claiming that Biden is “feeble” and “senile?” That will happen when you get lapped in the first two years of a term, where Biden got more legislation passed than nearly any president in a generation. (Obama got the ACA and saved the American auto industry, but it wasn’t as wide-ranging). He then led his party to beat back the Republican’s presumed “red wave.” That makes the “senile” accusation a little “weak.”

Well, today, Biden proved that he still has it and can deliver a devastating blow that should – and likely will be – repeated throughout the year.

Imagine an America where Republicans cared as much about lowering costs for American families as they do about robbing women’s constitutional rights.

It is impossible to imagine, isn’t it? The Republican party is wholly owned by corporate America except when it comes to social issues. We did see Disney, the airlines, and social media align with liberal social issues. But when it comes to cold hard cash, the Pharmaceutical industry, the big banks, and petroleum companies of all kinds have Republicans in their back pockets. See the two most conservative “Democrats” or former Democrats. It is not an accident that their “conservatism” comes from their relationship with big money.

Suffice it to say that corporate America is not interested in lowering costs for American families. The oil companies had their highest annual profits during the year of “inflation” at the pump. It isn’t a coincidence.

So imagine an America where Republicans wanted to bring down costs for American families as much as they wanted to pound on women’s rights. It is actually impossible to imagine, and that is why Biden needs to keep using it as his signature line of the year.
****
[email protected], @JasonMiciak, SUBSTACK: MUCH LEFT ADO