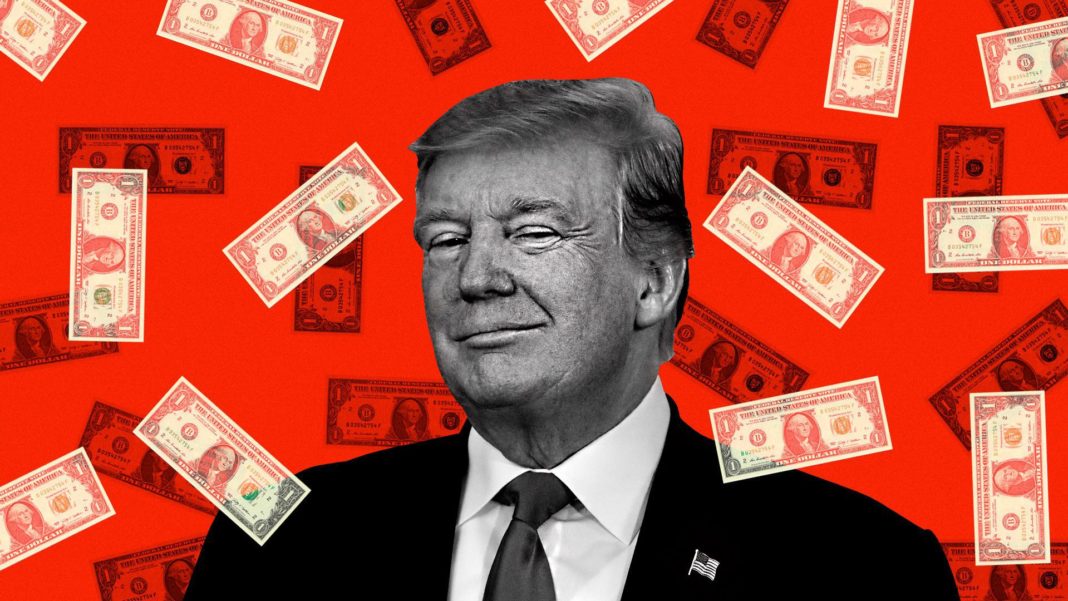 Talk about the cherry on the sundae. Journalistically speaking, this is it. Donald Trump had the worst day of his life Wednesday, what with Letitia James coming after him, guns blazing, “for years of financial fraud,” and Aileen Cannon’s ruling about the 100 documents found to be in error. Then, Financial Times filed this gem last night.

The Make America Great Again, Again! super Pac, which is the only active super Pac affiliated with Trump, raised just $40 in August, after bringing in $351,000 in July and zero in June. In April and May, the group had raised more than double that amount, with $864,000 in total contributions.

That total second-quarter fundraising represented a marked fall from the $4mn-$5mn raised in the fourth quarter of last year and the first quarter of this year. The sharp drop-off in fundraising came as the Save America political action committee, which holds the vast majority of the donations, spent $3.8mn on legal fees — the most the Pac has spent on such costs in a single month during the entire 2022 campaign cycle. Of those fees, $3mn went to the Critton, Luttier & Coleman law firm based in West Palm Beach, Florida. […]

MAGAA is one of seven Pacs in Trump’s fundraising network, across which he has about $122mn in hand, according to the latest filings. While Trump has still been one of the most prolific fundraisers of the Republican party this cycle, spending by his Pacs on supporting fellow GOP candidates in upcoming midterm contests has been minimal, despite the fact that many of the party’s nominees won their primaries thanks to his endorsement.

From $864K to $351K to $40 is a pretty steep fall. One can only hope that it’s a foreshadowing of financial realities to come for the Trump klan.