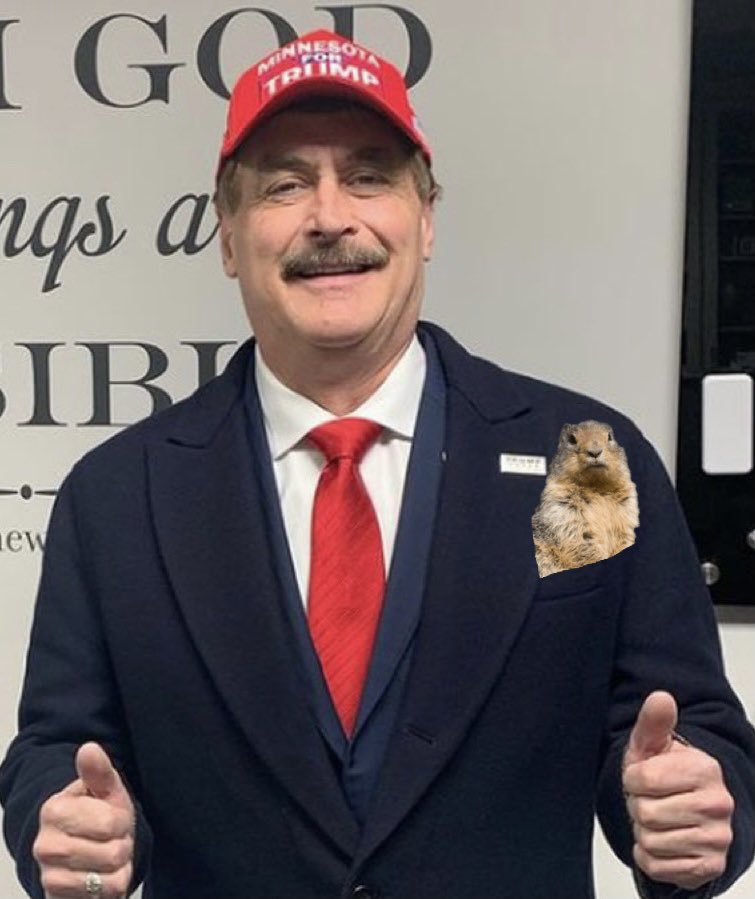 “In great contests each party claims to act in accordance with the will of God.” — Abraham Lincoln

I suppose you’ve got to hand it to Mike Lindell. He’s the pitchman’s pitchman. He has pitched such a tale to the MAGAs of election fraud that they’re all bedazzled. Even his fellow con artists like Steve Bannon are amazed at how far along Lindell has come with this thing. But the intriguing thing about Lindell is that he really believes this. He’s managed to con himself that all this is real and that may prove his undoing. Or, maybe not. Maybe when Friday the 13th tolls, he’ll realize it was for naught and go save his pillow empire and live happily ever after.

But until that moment, Lindell plans to fight what he sees as the good fight, impervious to any and all suggestion that he could be wrong or that this tale won’t have a happy ending.

Tonight Lindell teased that when the cyber symposium reconvened after an evening meal break that he would have a major surprise. This is what he was referring to.

So this appears to be the big news from Mike Lindell's cyber symposium. They are saying Jena Griswold, the Colorado Secretary of State, along with Dominion "raided" the elections department of Mesa County Clerk Tina Peters (with a search warrant). pic.twitter.com/PvSSpxYq8E

A raid and a search warrant were two different things, last I knew. In any event, search warrants aren’t issued unless there is high probability that a crime has been committed. 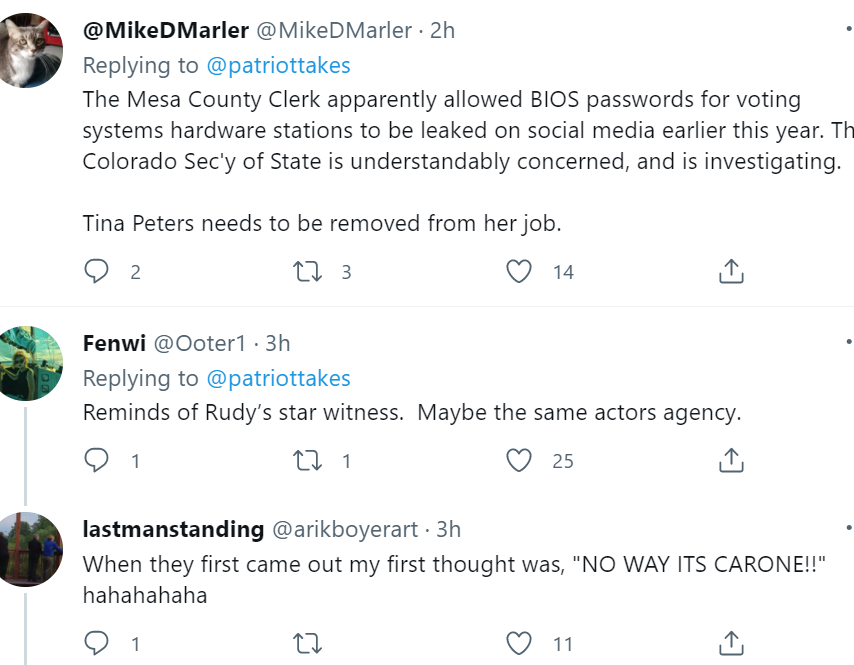 “Yesterday I ordered the Mesa County Clerk and Recorder to comply with inspection of election equipment, video footage, and other documents in the county. The Clerk’s Office must prove that chain of custody remains intact and that there has been no unauthorized access to voting equipment in the county. Failure to do so will result in decertification of the specific voting equipment in Mesa. Colorado has the best election system in the nation, with built in security redundancies. As Secretary of State, my number one priority is to ensure all election security protocols are followed and to safeguard Coloradans’ right to vote.”

Today civil servants with the Secretary of State’s Office, accompanied at all times by officials from Mesa County, began to inspect voting equipment and other relevant documents. During their inspection, the Secretary’s staff were in contact with the District Attorney and his representatives, who were conducting their own separate, independent investigation. The Secretary directs any inquiries concerning the District Attorney’s investigation to that office.

Pending the outcome of the Secretary’s preliminary investigation, the Secretary of State’s office will determine if it is necessary to take the further action of prohibiting the use of or decertifying specific voting systems equipment in Mesa County.

This breach in security protocol has not created an imminent direct security risk to Colorado’s elections, and did not occur during an election.

I don’t know who hacked this audio, but this is my impression of what Hell sounds like.

Lindell said the announcement would change the world and that all media would have it as their top story. Now says this is a bigger story than what the big announcement was—and makes no mention of the big world changing announcement again.

You can see how this symposium is shaping up to be a nothing burger as expected, all hat no cattle. Lindell was in tears when he introduced the people from Colorado, according to Salon reporter Zachary Petrizzo. Lindell is not the most stable element on the periodic table, shall we say?

One thing I've noticed throughout day one of the “cyber symposium”: Mike Lindell losses his cool with his employees at the drop of a hat and starts throwing his hands in the air while fuming at them.

MyPillow CEO Mike Lindell has taken to the stage with election officials brought in from Colorado while claiming their offices were raided…Lindell is near tears.

Maybe I’m missing something, but Trump won Mesa County and the secretary of state’s issue is election security.

One thing is certain here: whatever goes on in the next two days, this isn’t Las Vegas in days of yore with Jerry Lewis and the muscular dystrophy telethon. This is closer to the  late late show in early television and the tapes keep breaking.