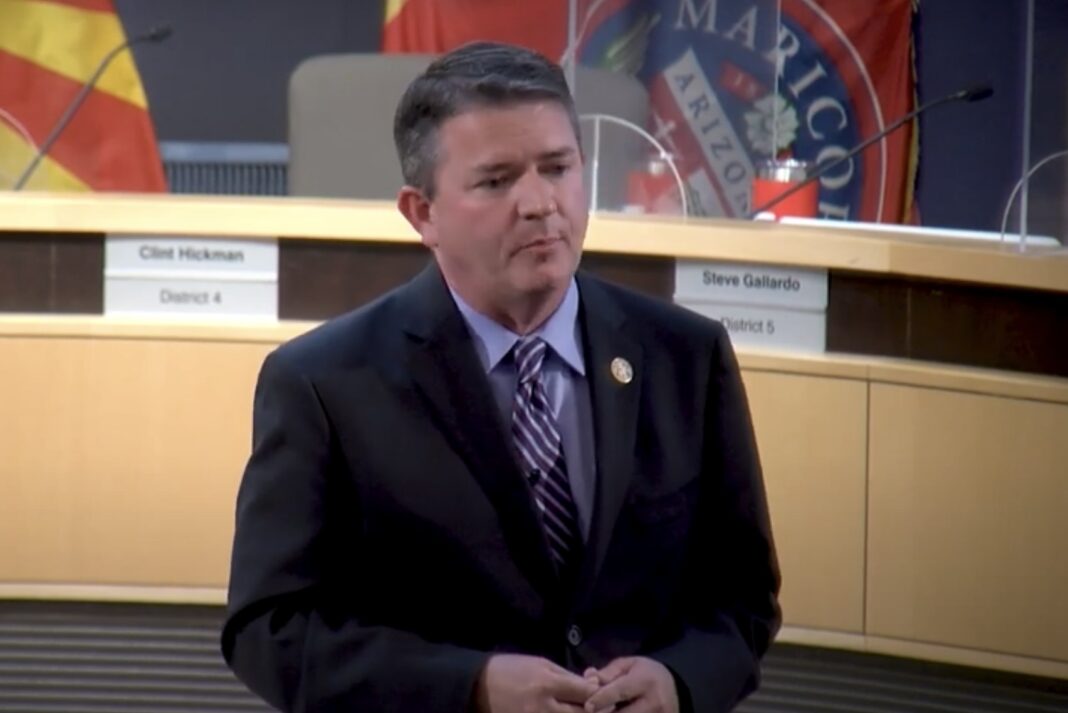 Well, this is despicable.

Maricopa County Supervisor Bill Gates, who is responsible for overseeing elections in the county that is home to Phoenix and comprises nearly 50% of the Arizona vote total, has been forced into hiding and provided police protection as tensions rise following the November 8th election, a vote that Kari Lake, the Republican Candidate for Governor, still has not conceded she lost.

“PHOENIX – Maricopa County Supervisor Bill Gates has confirmed that he moved to an undisclosed location for his safety after security concerns connected to the 2022 midterm elections.

Deputies from the sheriff’s office are also providing a security detail, officials said.

Gates, a Republican and one of the leaders of the Maricopa County Elections Department, has been a fierce defender of the county’s election system and an outspoken critic of false claims that the 2020 election was stolen…

… His stance has caused a slew of backlash online and in person. Some people were seen launching verbal attacks on Gates during a meeting with the Maricopa County Board of Supervisors earlier this week.

Other county officials have reported receiving calls they considered threatening from campaign volunteers.”

As concerns those “other county officials” receiving threats, The Huffington Post reports that Tom Liddy, a Maricopa County Attorney received a call from a Republican National Committee Attorney on November 14th that he considered threatening, the RNC mouthpiece pointing out that Lake’s campaign had “a lot of irate people out there” and they “can’t control them.”

“A top attorney for Arizona’s Maricopa County told The Washington Post that he contacted law enforcement authorities about what he considered a threat from the campaign of losing GOP gubernatorial candidate Kari Lake.

Lake’s campaign and the Republican National Committee have denied the accusation.

The clash occurred during a phone call Nov. 14 as Lake was projected to lose to Democratic rival, Katie Hobbs. At one point a Republican National Committee lawyer on the call demanded rapid answers from the county attorney on a number of issues. The county includes vote-heavy Phoenix.

The RNC attorney, who was identified as Benjamin Mehr, underscored that there were “a lot of irate people out there” and that Lake’s campaign “can’t control them,” recalled the county attorney, Tom Liddy.“

“Nice little election board you got there, be a shame if something were to happen to it.”

Perhaps Lake’s Godfather Don Cornholeone was the impetus behind that loathsome call.

No matter who is behind such tactics, they need to be taught more respect for the law and made to realize that American elections are contested before Election Day and not after, and that disputes about elections are settled in the courts and not by a mob in the streets.

Lake and drumpf and their ilk ultimately want the power to decide elections themselves with no interference from bothersome voters or honest election officials.