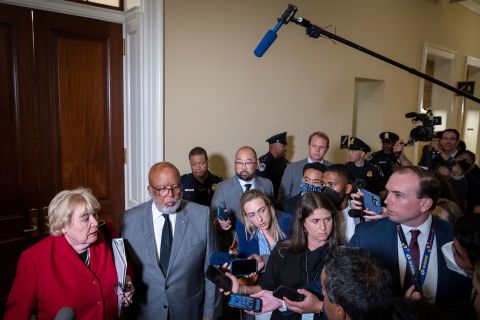 In the past few hours, the January 6 Committee announced a surprise hearing, which will be Tuesday at 1:00 p.m. ET. They said it had to do with recently obtained evidence. What could that be? Aides are not saying, nothing has leaked so far, so we are left with speculation.

So let’s speculate. Here’s something from the New York Times:

In recent days, the committee obtained and has been poring over hours of footage shot by a documentary filmmaker who was embedded with President Donald J. Trump, his family and members of his inner circle immediately before, during and after the riot.

Not a bad guess. Here’s another.

Maybe Mo Brooks can tell us about this which we have already known about for 17 months. pic.twitter.com/tfo4wBJ8PS

Mo Brooks did signify his willingness to talk with the Committee. Could this be Mo Brooks’ time in the sun?

Or, maybe Ali Alexander is going to be a star witness? Sure beats going to the House of Many Doors, right?

Apparently federal agents seized John Eastman’s phone when he was leaving a restaurant a few days ago, and now he wants it back. pic.twitter.com/TlTzOWmGba

Eastman contends the agents “forced” him to unlock his phone. A seizure warrant document included in Eastman’s filing noted any electronic devices agents seized were to be sent to Washington, DC, or the Justice Department inspector general’s forensic lab in northern Virginia.
–

Eastman is asking a federal judge to force the Justice Department to return his property, destroy records it has obtained and block investigators from being allowed to access the phone.
–
The search and seizure occurred the same day that federal agents raided the home of Jeffrey Clark, the former Justice Department lawyer sympathetic to Trump’s conspiracies of election fraud.

Let’s rank these possibilities, shall we?

So I would say it’s a toss up between options 3 and 4: but, and this is something to remember, Jeffrey Clark’s electronics were seized the same day that Eastman’s phone was. It is entirely possibility that the hearing will focus on the result of that raid.

If you have any other thoughts or notions about tomorrow’s suddenly called hearing, please share in the comments.