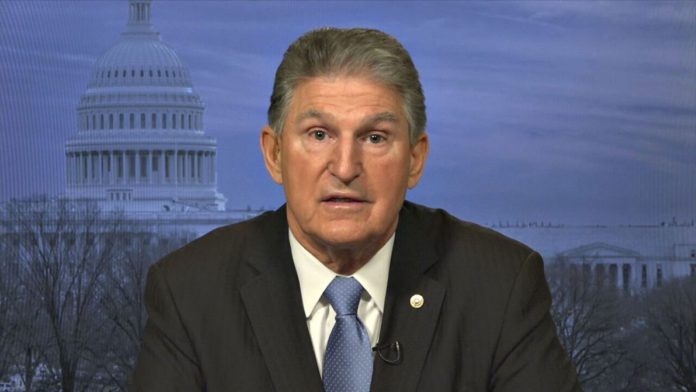 I’m sorry, but I have had just about enough of Judas Joe Manchin. Since the day that Raphael Warnock and Jon Ossoff were sworn into the US Senate, giving the Democrats a razor thin majority, Manchin, a room temperature quality Senator, has decided to cash in on his status. He has decided to use his sudden status as a swing vote to force the rest of the caucus to fawn over him.

Which is unutterable bullshit. After all, it’s not like Manchin is in some kind of elevated special position here. Manchin is nothing more or less than one of 50 democratic Senators. Any one of them could decide to let their temporal position of power go to their heads, and start being total dicks. Manchin’s problem is that none of them are! They are toeing the party line to get necessary legislation done. Arizona Senator Kyrsten Sinema has flirted round the edges, but so far has been little more than a distraction.

It’s not like Manchin is some newbie on a power trip. He’s been around the Senate, and he’s lived through the GOP’s metamorphosis in terms of governance. Sweet Jesus, it took Joe Biden about a whole week to realize that the word bipartisanship had to refer to voters, and not congress. And yet Manchin continues to remain faithful to a long gone wish for Senate comity, and an allegiance to a useless 60 vote cloture rule that cost the Democrats and the country a SCOTUS seat. Enough of this bullshit is enough.

Also he’s a prickly little shit to boot. At the start, Schumer tried some gentle pressure from the left, including West Virginia state party voices, as well as eventually their turncoat GOP Governor to turn Manchin back onto the path of the angels. And Manchin responded by making it clear to the caucus that his allegiance had its limits. It’s clearly time to go the El Rushbo route with this ass clown.

Does anybody here recall this blast form the past, Sandra Fluke? She was a Georgetown law student who testified in front of congress, and emphasized the importance of the ACA continuing to cover contraception, not just for women who didn’t want children, but for people like her with medical conditions that required contraceptives as a part of their treatment.

Arch conservative shit-for-brains Rush Limbaugh immediately turned her into a conservative cause celebrity. He repeatedly called her a slut on his daily rants, and made snide jokes about her sexual life and preferences, about which he knew absolutely nothing. And in the process, he made her a Joan of Arc for liberals. And then the activism starte4d.

Flush Rush! became an instant sensation. They didn’t bother to go after Limbaugh personally, nor his personal LLC. They didn’t even bother to go after his blanket broadcasting company sending out the national feed. Instead they went after the local media markets where his voice was heard. And not the local stations either. They followed the money.

They suffered through the sins of the damned day after day, listening to his broadcasts, in order to obtain a list of his advertising sponsors. And not just his large, national corporation sponsors either, although they were top on the list. They went after mid size and smaller companies as well.

And it worked. Flush Rush was a goliath with a massive presence. Companies large and small were deluged with angry e-mails, texts and tweets, threatening a boycott if they didn’t stop advertising on his program. Donors fled, and local affiliates couldn’t find suitable replacements. Some affiliates dropped Limbaugh’s show, forcing the network to find smaller, less profitable outlets. Limbaugh even ended up with 40 and 60 second stretches of blank air on ad breaks, since even Public Service Announcements wouldn’t allow their ads to be aired in his time.

Joe Manchin is a sitting US Senator. As such, he is required to file Quarterly FEC filings, which includes a list of donors. It’s time to modify the Flush Rush model. Contact those corporate and business donors, and threaten a national boycott of their products if they don’t get Manchin to see the light, reform the filibuster, and vote for the progressive agenda he signed on for.

At this point, we have nothing to lose. Left to his own devices, Manchin will milk this for all it’s worth. The sooner we start putting the pressure on his pocket book, the better chance we have of convincing him of the errors of his ways. Anything less just stalls the entire agenda.