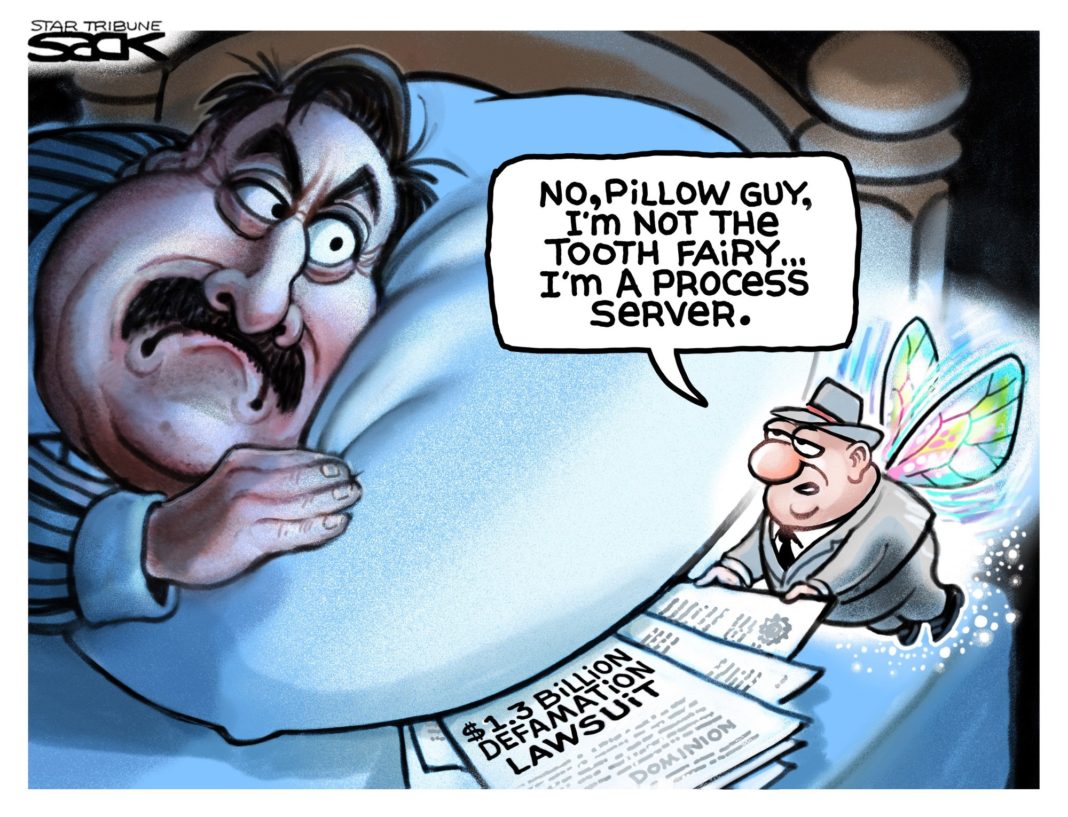 Nothing like making friends and influencing people. Maybe Mike Lindell can do that somewhere with somebody but today, the people of the State of Idaho have told Lindell in no uncertain terms to stop publishing election lies about them on his website. Donald Trump won the State of Idaho by a comfortable margin of 63.8% of votes cast. But Lindell can’t take yes for an answer, apparently, and included Idaho on his list of states were votes were manipulated and reported that 35,357 votes were electronically switched from Trump to Joe Biden, via voting machine magic, which Lindell insists exists but cannot display. Idaho Statesman:

Secretary of State Lawerence Denney and Attorney General Lawrence Wasden sent a cease-and-desist letter to Lindell on Tuesday. They asked Lindell to “promptly remove all false statements about Idaho’s elections from your website” and “refrain from making similar statements in the future.”

“Despite knowing your statements about Idaho’s elections are false, you have not removed your ‘Big Lie’ chart and continue to perpetuate your false statements,” the letter stated. Idaho is also coming for Lindell’s wallet. The letter requested he send $6,558.83 to the secretary of state’s office to cover the money it spent refuting his claims. The office first announced plans to seek payment in October.

The pillow seller built a website, sponsored a two-week bus tour and held pillow sales, all in an effort to promote the conspiracy theory. He launched a three-day “Cyber Symposium” last August that promised to present “irrefutable evidence” of China’s involvement in Biden’s victory. No evidence was ever produced.

And Lindell is showing no signs of stopping his crusade. Just last week he told Real America’s Voice, a far-right streaming service, that he has enough evidence to put more than 300 million people in prison for their involvement in the election.

A Washington Post analysis said that comes to one out of every 26 people in the world. By that math, nearly 29,000 people in the Treasure Valley would be locked away.

When you put it that way, it brings the idiocy home. And maybe Lindell doesn’t know the damage he is doing, but it is stunning that he could not. People in Idaho have been subjected to personal abuse by Lindell’s MAGA crowd who embrace the Big Lie and that is an incredible statement to make, considering the state voted for Trump. What is Lindell thinking?

“Those false statements injure Secretary Denney’s reputation and subjected him to public threats, criticism and ridicule,” the letter said. “Your false statements caused the same harm to the honest and hardworking civil servants and volunteers that supported the election process in Idaho.” Chief Deputy Secretary of State Chad Houck told the Idaho Statesman

those threats came to Denney and other Idaho election officials through postal service, email, phone calls and in-person confrontations. Lindell supporters targeted their family members and extended office staff, he said. “There have been people that have called in and yelled at our receptionists, at our election staff, wanting to know how we could attack a patriot like Mike Lindell,” Houck said in a phone interview.

Nothing like making enemies right there in Deep Red Idaho. The only place that is possibly redder than Idaho is Wyoming, but not by much. Smooth move, Mike.

And a few days ago Smartmatic sued Lindell, finally. Here are a few lines from the introduction of their suit. 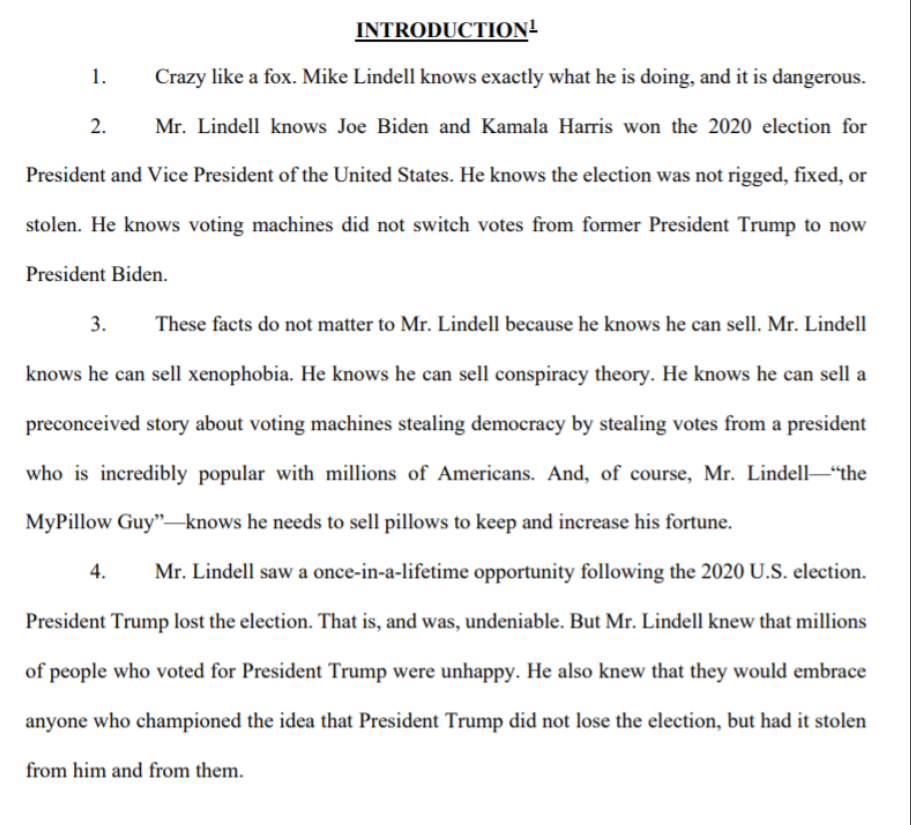 I hope Mike Lindell has some clotheslines poles or something similar around him, because the walls are closing in and he’s going to have to keep them propped open somehow while he figures out what to do. Things are moving fast.