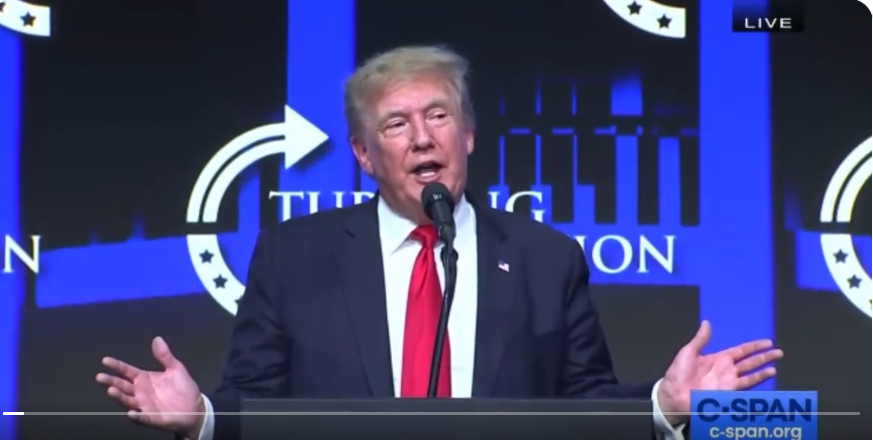 Donald Trump is not a technical kind of a guy. He mastered Twitter, because that involves thumbs and autocorrect. He pronounced himself the “Ernest Hemingway” of that modest communication medium. But Trump doesn’t work with computers, doesn’t even send emails. That said, he knows awwlll about how the election was stolen by bad computers and bamboo ballots.

This was one of his strangest moments on Saturday night. He mentions the word “routers” eleven times in thirty-six seconds.

Trump speaking of “routers” here is a reference to a MyPillow CEO Mike Lindell conspiracy theory which alleges the “routers” of Dominion voting machines were connected to the Internet on election night and thus now need to be examined. https://t.co/rOKKxuUHsK 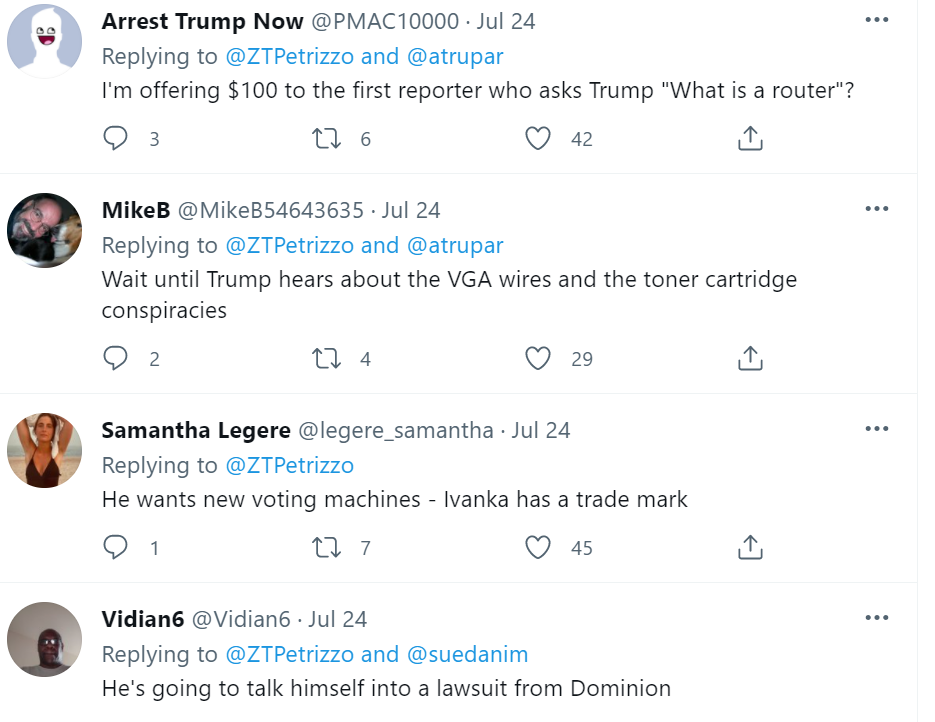 So which is it, connected or not connected? Not that it matters, in Trump world. It’s all a show for the rubes and a chance for people to be outraged. And send donations. Most of all it’s a chance for that.