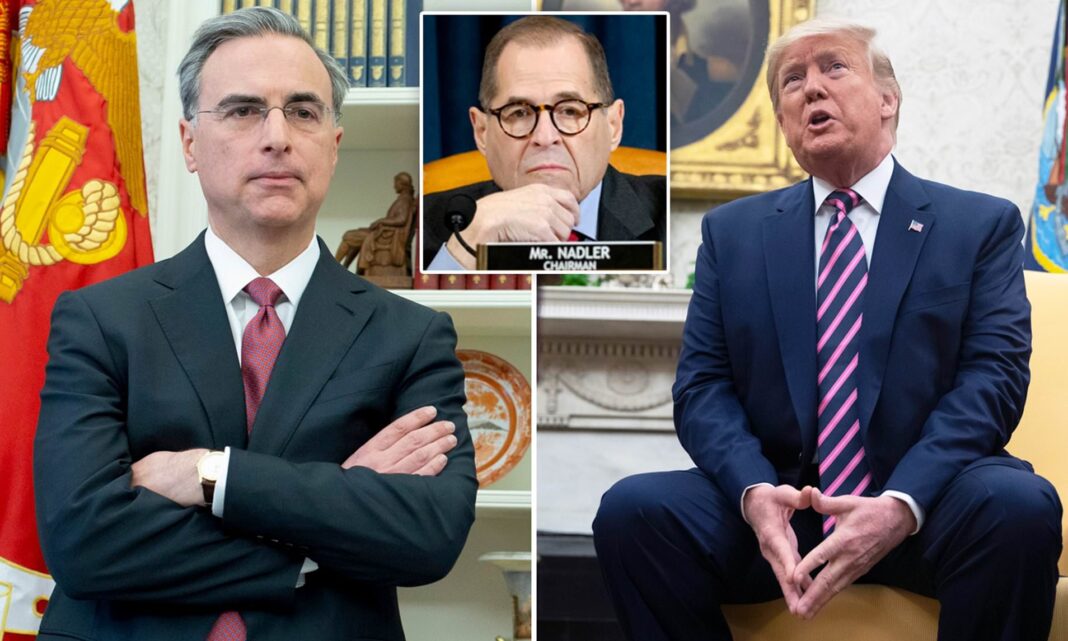 Executive privilege, anyone? We’ll see how important that is, as the Department of Justice follows the lead of the January 6 Committee and a federal grand jury subpoenas the testimony of Pat Cipollone on the topics of what happened on January 6 and, more interesting, what happened afterwards as key officials in the Trump White House met to discuss Trump’s behavior. ABC News:

The move to subpoena Cipollone signals an even more dramatic escalation in the Justice Department’s investigation of the Jan. 6 attack than previously known, following appearances by senior members of former Vice President Mike Pence’s staff before the grand jury two weeks ago. […]

Last month, Cipollone spoke to the House Jan. 6 select committee for a lengthy closed-door interview, portions of which have been shown during two of the committee’s most recent public hearings.

Cipollone spoke to the committee on a number of topics, including how he wanted then-President Donald Trump to do more to quell the riot on the day of the attack, and how Cabinet secretaries contemplated convening a meeting to discuss Trump’s decision-making in the wake of the insurrection.[…]

Committee members also questioned Cipollone regarding discussions among members of Trump’s Cabinet about invoking the 25th Amendment to possibly remove Trump from office in advance of President Joe Biden’s inauguration.

That is the part of the testimony I want to know all about, the discussion of invoking the 25th Amendment. If ever there was a time in our history to do it, it was January 6. And as wheel of fortune is going to eventually spin to Mark Meadows. He’s the big fish I keep waiting to be caught.