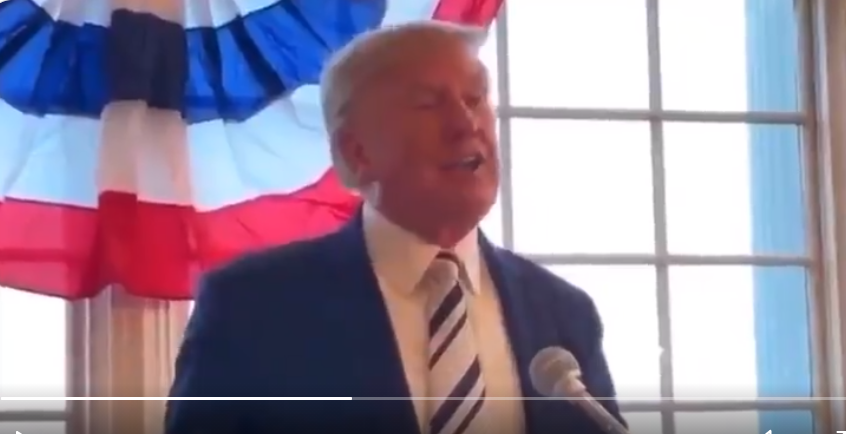 Now granted, this is on the out of focus and grainy side. But the clip lasts long enough to where you can see Trump moving his mouth and he clearly has something wrong with it. It looks like it’s swollen on one side. His speech sounds a bit distorted as well. Dental issues? Adderall jaw? Your guess is as good as anybody’s.

Checking back in with the seditionist shadow government at Bedminster …

Woman – “We need you back!”
Trump – “You’re going to be very happy.” pic.twitter.com/veLhqjaItt

At least he’s not talking like Mark Meadows about “the cabinet.” It is rather incredible that anybody sane, let alone a former U.S. congressman and former White House chief of staff would expect people to believe that Trump is really still president and running the country from a golf course in New Jersey, but there you are. This is who we are, who Mark Meadows and a certain quadrant of the GOP are, in 2021.

Back to Tangerine Palpatine, what do you think his problem is? He definitely seems to have more mobility with his mouth on one side. Mini stroke? 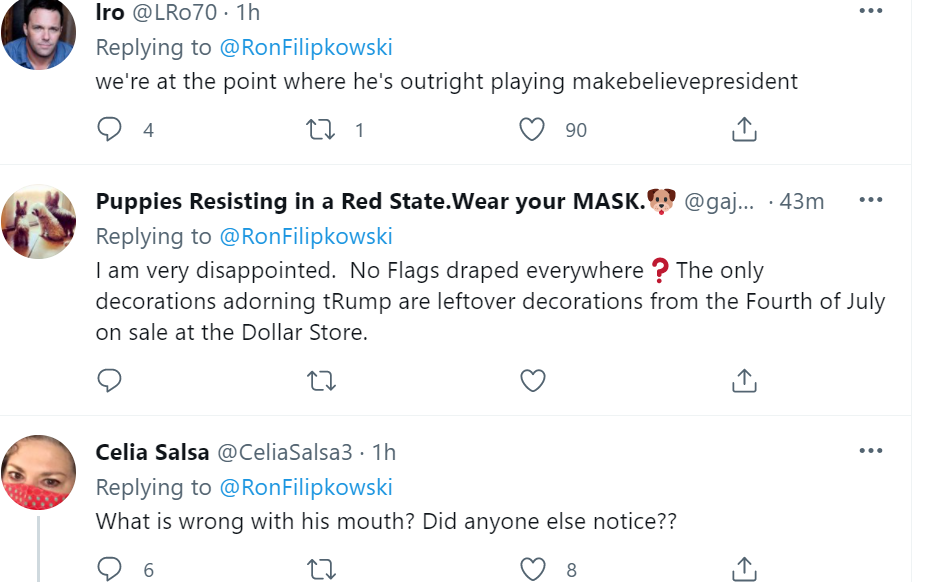 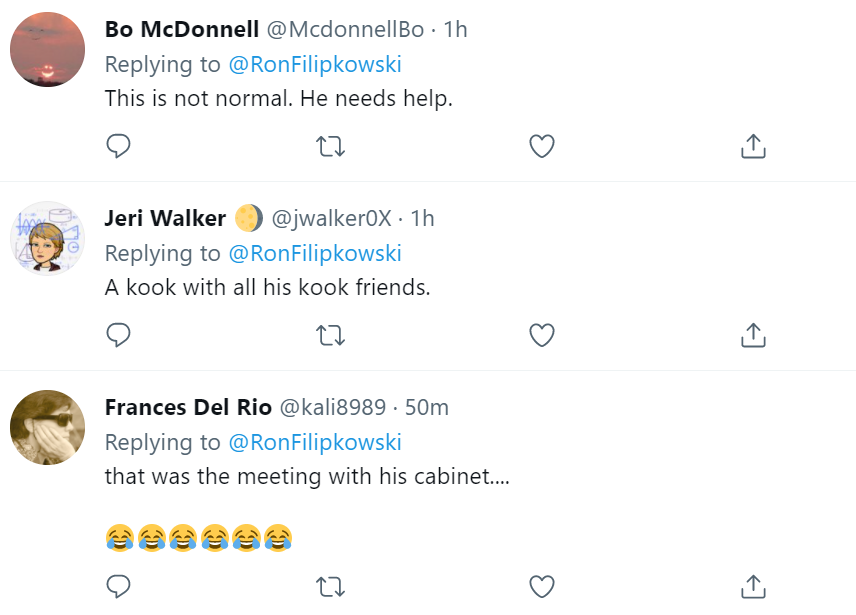