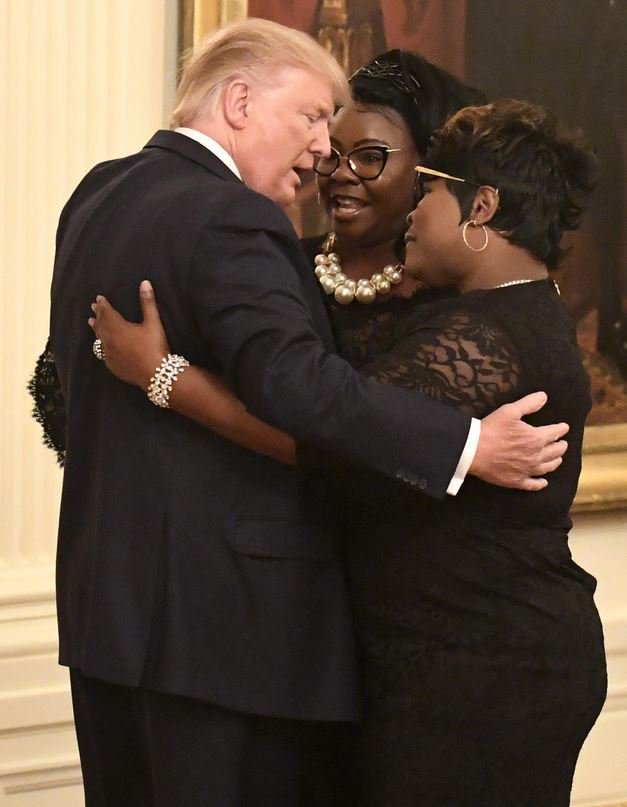 At Diamond’s memorial (Of the Diamond and Silk vlog, unrepentant Trumpers who made the MAGAs feel so much better, proof that they’re not outright racists), Silk dropped the new Q-Anon theory and said that her sister was killed by vaccine “poison.”

It goes like this. People who are vaxed against the Coronavirus or “COVID” are protected from COVID (I guess), but when the vaccine is inside us, it creates a poison that is shed off the vaxed and hits the non-vaxed and is deadly. So, for the “Q’s,” the problem has come full circle. It may help with a disease that is really just the sniffles, but there are better treatments, and it poisons people by shedding off the vaxed to the unvaxed. This was Silk’s theory.

It is not the doctors’ theory:

Lynette Hardaway, a zealous supporter of former President Donald Trump whose death had prompted widespread speculation over its cause, died earlier this month of a heart condition, according to a death certificate obtained Monday by The Associated Press. Hardaway, 51, died Jan. 8 of heart disease due to chronic high blood pressure.

A memorial ceremony renewed speculation when Rochelle “Silk” Richardson suggested her sister’s death was somehow linked to the COVID-19 vaccine. She insinuated Hardaway may have been “poisoned” by another person who had been vaccinated, amplifying the false notion that recipients can affect those around them.

In other words, hypertension leading to heart failure caused Diamond to die. The facts won’t matter. It’ll be interpreted as the poison that caused the hypertension, and thus she was poisoned by the vaccine.

It is actually sad that truly living in this alternative reality can be fatal to so many.
****
[email protected], @JasonMiciak, SUBSTACK: THE ARREST OF THE COUNTER-INTEL AGENT ISN’T NECESSARILY BAD NEWS FOR THE FBI BUT MAY BE VERY BAD NEWS FOR TRUMP.