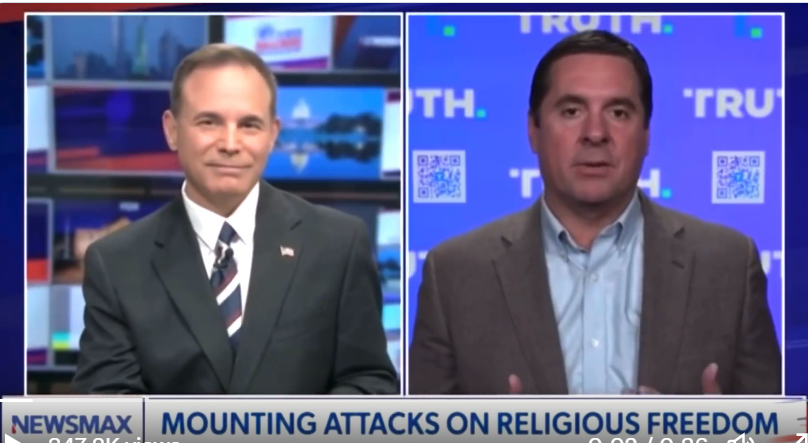 Devin Nunes is quite a piece of work, in and out of Congress. Thank God he’s out, although he’s still a part of the counter culture MAGA scene as Donald Trump’s Truth Social CEO.

Nunes is behind his Orange Overlord 100% .

Nunes was recently on Newsmax where he laid down the following law to the host of the show he was on. Even for Nunes this is off the walls.

Devin Nunes: “I’d like to answer your question, but you’re going to have to meow to me first .. If you and I started meowing back and forth at each other .. these crazy left-wingers are doing this. Like, pretending to be animals, and that’s how they communicate.” pic.twitter.com/xZ9vraTwnY

I have had many conversations in my life with both felines and humans and I don’t meow at either one of them.

You know what? There were some buckets with kitty litter in it for children in a lock down with an active shooter. The shame of Nunes is unfathomable.

This is where the nuttiness comes from. It isn’t just Fox News.

This division in America keeps escalating. It might have been Republican v. Democrat at some point. Then it started being MAGA v. Normal, (to my way of thinking) two different cultures, in other words. Now, it would appear that we are two different species. Maybe we are. Maybe there is Homo Sapiens and Homo MAGA and we will one day recognize that fact. 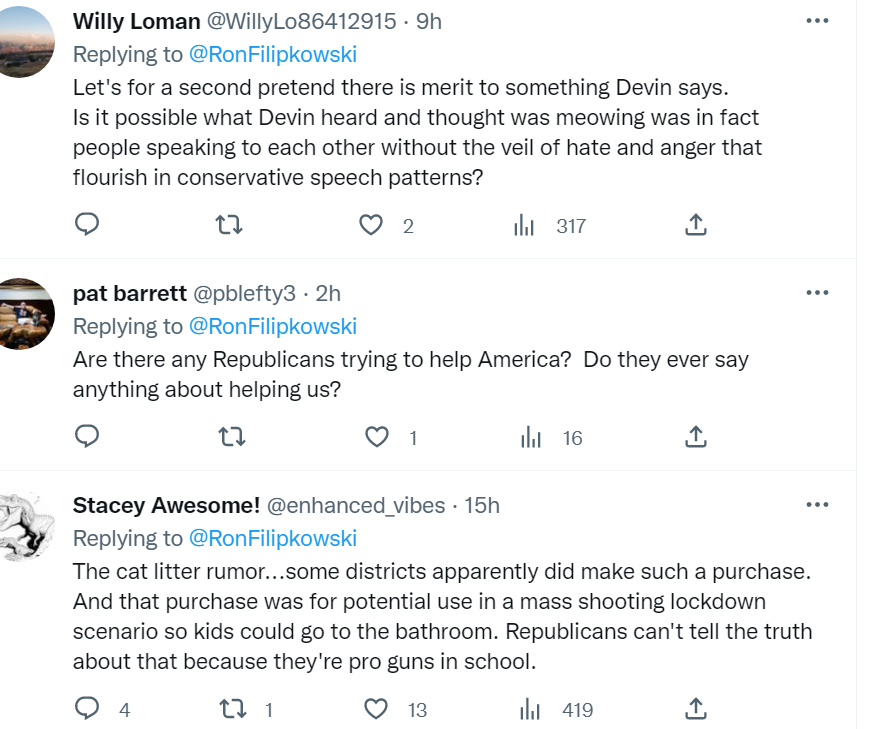 Maybe it’s me. Maybe I’m the one who lacks humor. I think Devin Nunes sounds like a moron.