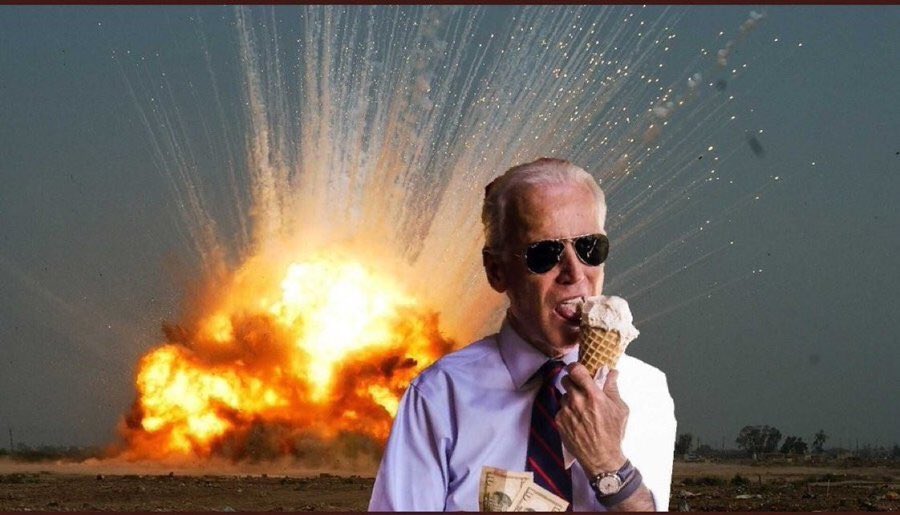 Hillary Clinton famously said that we should not have as President someone who can be “baited by a tweet.”

Exactly so, Madame Secretary, but what about one who can be baited by a speech?

When President Biden went to Philadelphia last Thursday to roundly denounce Trump’s MAGA bowel movement and all it stands for, he chose to do so using as a backdrop one of our most potent symbols of Democracy, Independence Hall, with a couple of sharp U.S. Marines guarding the entrance not edited from the shot. This is exactly the type of symbolism that the Republicans, and especially the American Flag assaulting former guy, think that they own, and of course the President and his advisors know this.

And they exploited that knowledge.

At Atlantic Magazine never-trump staff writer David Frum opines that by appearing in Philadelphia just ahead of drumpf’s scheduled rally in Wilkes-Barre on Saturday, and harshly criticizing drumpf and his cult from there, President Biden “baited” the former idiot into exactly the kind of narcissistic display sure to turn off moderate swing voters in that state.

“For the 2022 election cycle, smart Republicans had a clear and simple plan: Don’t let the election be about Trump. Make it about gas prices, or crime, or the border, or race, or sex education, or anything—anything but Trump. Trump lost the popular vote in 2016. He lost control of the House in 2018. He lost the presidency in 2020. He lost both Senate seats in Georgia in 2021. Republicans had good reason to dread the havoc he’d create if he joined the fight in 2022.”

Yeah, good luck with that, GOP.

Frum knows, as should the rest of the Republican Party, and as do Biden’s advisors, that the aging Diva drumpf could be easily coaxed back into the spotlight by even the slightest attack on his famously frail ego…let alone the 30 yard dump truck load of dis Biden laid on him during his speech on Thursday.

“One of the purposes of Biden’s Philadelphia attack on Trump’s faction within the Republican Party was surely to goad Trump. It worked.

Yesterday, in Wilkes-Barre, Pennsylvania, Trump addressed a rally supposedly in support of Republican candidates in the state: Mehmet Oz for the Senate; the January 6 apologist Doug Mastriano for governor. This was not Trump’s first 2022 rally speech. He spoke in Arizona in July. But this one was different: so extreme, strident, and ugly—and so obviously provoked by Biden’s speech that this was what led local news: “Donald Trump Blasts Philadelphia, President Biden During Rally for Doug Mastriano, Dr. Oz in Wilkes-Barre.”

Because putting Philly on blast always works out well…

And not only did they rally, David… vendors sold Nazi paraphernalia and Swastika Tees like they were set up at a Fashwave concert.

Now, that’s an activity sure to lure in suburban professional women and soccer moms alike!

Trump: I won Pennsylvania by a lot pic.twitter.com/tb7ftNww9d

No, no you didn’t, and now it is certain that neither will Oz or Mastriano.

Frum, wrong though he may have been so many times in the past, has this one right:

“Republican congressional leaders desperately but hopelessly tried to avert the risk that this next election would become yet another national referendum on Trump’s leadership. Despite Trump’s lying and boasting, politicians who can count to 50 and 218—the respective numbers needed for a majority in the Senate and House—have to reckon with the real-world costs of Trump’s defeats. But Biden understood their man’s psychology too well.

Biden came to Philadelphia to deliver a wound to Trump’s boundless yet fragile ego. Trump obliged with a monstrously self-involved meltdown 48 hours later. And now his party has nowhere to hide. Trump has overwritten his name on every Republican line of every ballot in 2022.

Biden dangled the bait. Trump took it—and put his whole party on the hook with him. Republican leaders are left with little choice but to pretend to like it.“