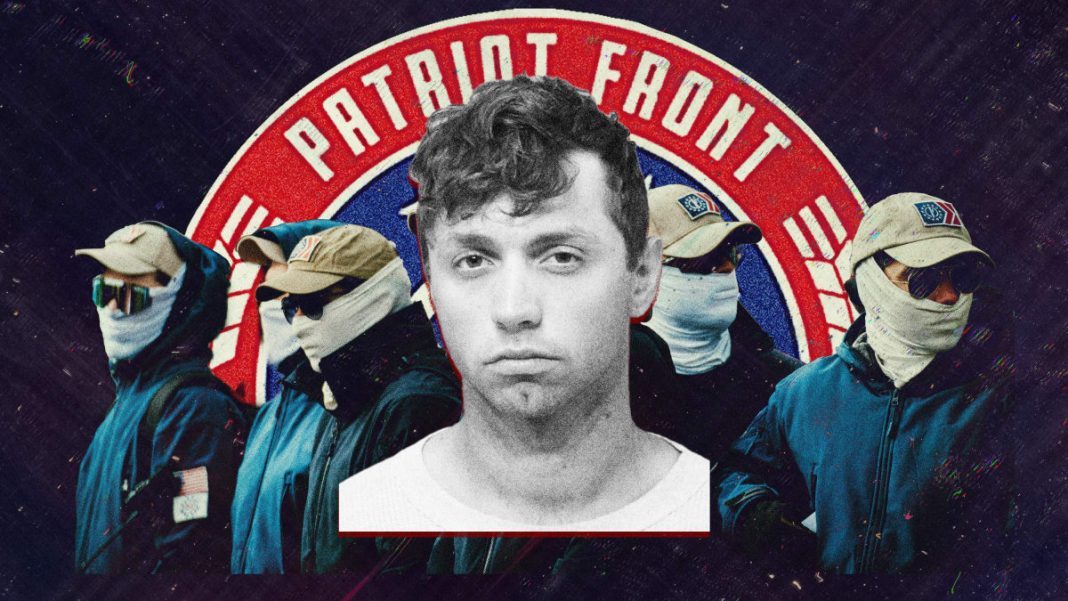 27 year old Jared Michael Boyce had a big problem after being released on bail following a planned bonding excursion gone bad, harassing a pride event with his boys over the weekend… 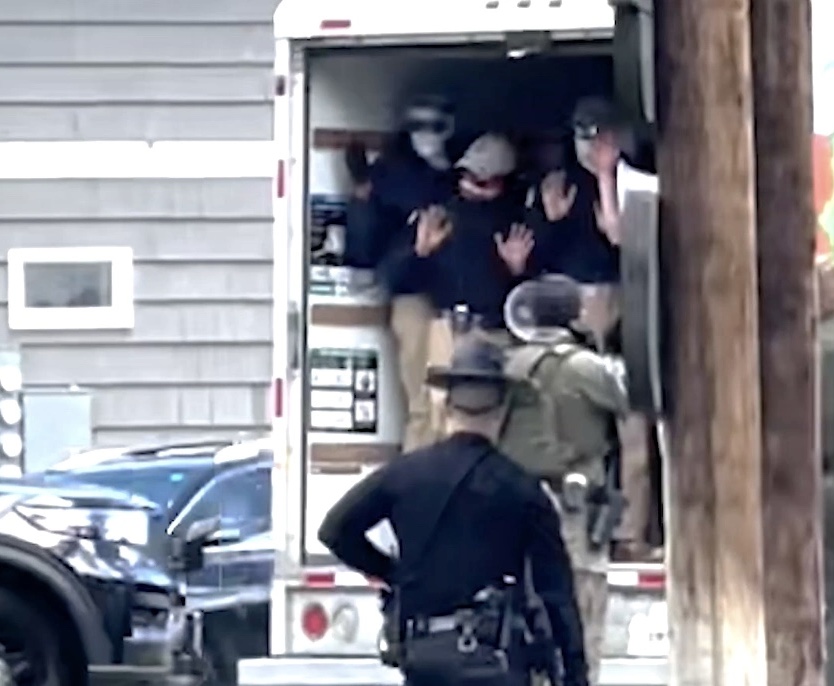 …following his release he showed up at his mom’s house in Utah, no doubt eager to retreat to his basement room and rub one out, only to be told by dear old ma that she wasn’t having no bigot and homophobe living under her bridge – and it was either his cronies or his crib.
Yahoo News

“Karen Amsden, mom of alleged Patriot Front member and Springville, Utah resident Jared Michael Boyce, said on Monday that her son has struggled to fill “a void” in his life ever since his father left the family years ago and came out as gay. A licensed clinical social worker, Amsden said she’s going public in an attempt to sabotage his standing in the group, because her other attempts at convincing him to walk away from the far right have so far failed…
…Amsden said that after her son was released from jail, he told her he’d continue to stand with the group, so she delivered an ultimatum. “I told him, ‘Well, then you can’t live here. You can choose between Patriot Front and your family.’ And he’s like, ‘Well, I can’t quit Patriot Front.’ I’m like, ‘Well, then you’ve just chosen. So pack your stuff and get out of my house.’”

Is there, by chance, a Dr. Freud in that house?

“According to police, Boyce, 27, was among the men who were busted after a citizen reported a “little army” of masked men inside a U-Haul truck. (Boyce, whose Twitter bio states that he’s an “Alpha Chad,” “professional Antifa teabagger,” and “Patriot through and fucking through,” was previously exposed as a Patriot Front member in 2020. His screenname, “@PedosnJooshang,” is a variation on “Pedos and Jews Hang.”)”

Mama tried, mama tried to tell Alpha Chad that hanging out with holocaust deniers, racists and homophobes maybe wasn’t such a good idea, but he wouldn’t follow her house rules and now he’s out:

“He actually just showed up here at my house,” Amsden said. “And it was a moment I’ve kind of dreaded because I was hoping he was going to change his attitude. But he’s not.”

Still, Amsden “just really want[s] to believe that people can change, and that he will figure it out,” she said. “But my goodness, it’s taking a long time.”

If I had more time I would try to unravel the complexities of this case of an Alpha Chad who calls himself “a professional Antifa Teabagger”??? then packs himself nut to butt in a U-Haul trailer with thirty odd, and I do mean odd, neo-Nazis to terrorize a community that have more successfully sorted their sexualities, but I don’t have the necessary licenses and degrees for such a task, so will leave it to you, dear readers, to further suss this one out…