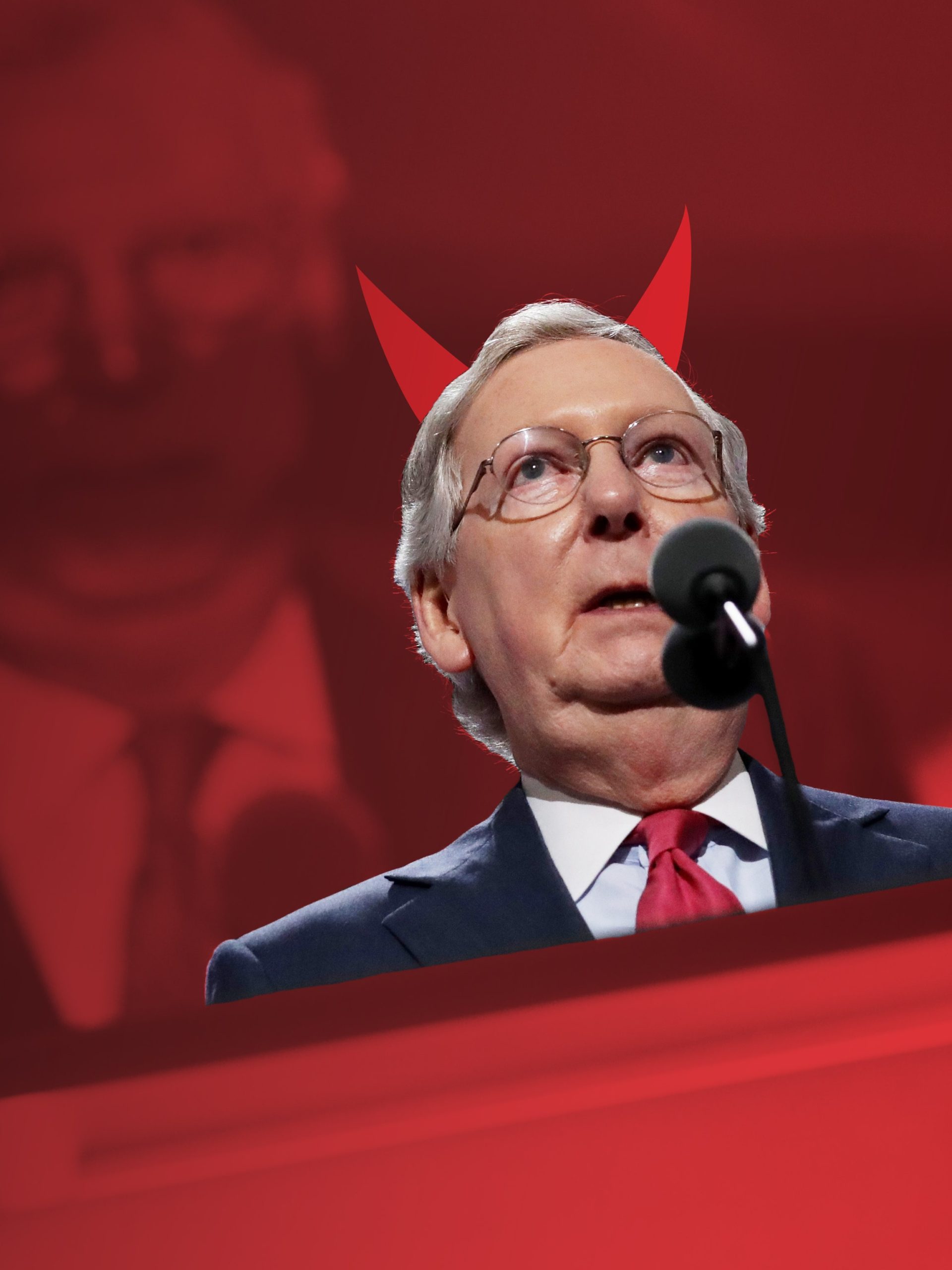 You can’t work together in a small body like the U,S. Senate as Joe Biden and Mitch McConnell have, and not get to know each other pretty well. As Biden weaves his way through a deadlocked Senate, requiring VP Kamala Harris to cast tie breaking votes, it becomes crystal clear that Biden paid a whole lot closer attention to McConnell than McConnell did to Biden.

Right now, Biden has two big ticket items he’s desperate to pass through Congress, and soonest. The first is a $33 billion military and humanitarian bill to assist Ukraine. Considering the fact that right now Ukraine is more popular than the Pope, that should slide through the Senate like shit through a goose.

The second one is a $10 billion Covid relief bill. The bill itself is non controversial. It doesn’t pay the masses, it’s there to pay for enough vaccines and prophylactic medications for early treatment to make sure they will still be free to the public. There’s no reason for the GOP Senate to oppose it, but McConnell smells a political opening.

Right now, Biden badly wants to end Title 42, a Trump era regulation that, based on the Covid crisis, allowed Customs and Border Patrol to deny asylum seekers and refugees entry to the country to process their claims. Instead, these people had to wait in Mexico for their hearing date, often to be brutalized by Mexican gangs.

The GOP, especially the GOP Senate is up in arms. Title 42 is a huge selling point to their rabid racist base, and they don’t want to give that chew toy up. But oddly enough, they have unlikely allies. Some Texas House Democrats, along with Senators Sinema and Kelly from Arizona, oppose the move because it’s unpopular in their states, complicating their reelection chances. But Biden is firm on letting the program expire on May 23rd.

Which gives McConnell his opening. Whatever McConnell’s personal or political feelings on Ukraine, he has no choice but to support the Ukraine aid package. Ukraine is too popular in the US, and McConnell is busy slapping down pro Putin House and Senate members. He has to support it. Which leaves the Covid relief bill.

McConnell’s move is actually quite simple. When the Covid relief bill comes up for debate and markups in the Senate, McConnell wants to attach an amendment that would basically codify Title 42 into law, making it impossible for Biden to end it. And with the likely assistance of Sinema and Kelly, the bill would pass the Senate with bipartisan support.

Which leaves Pelosi and the House Democrats on an island. They can either vote for the bill as is, making Title 42 law, and enraging immigration activists and the House Hispanic caucus, or they can strip Is that enough of a political civics lesson for one day? Too bad, there’s more. The amendment from the bill, vote to pass the Covid relief bill stand alone, and send it back to the Senate, where McConnell would almost certainly filibuster it, scuttling the bill if the Democrats don’t cave.

Phew! Is that enough of a political civics lesson for one day? Too bad, cuz there’s more. Two of the reasons that Obama chose Biden for a running mate were Bidens extensive foreign policy experience, something Obama lacked, and also his prolific, almost arcane knowledge of the inner workings of the Senate, something a first term Senator also lacks. And now Biden is putting that knowledge to good use.

Which basically hamstrings McConnell. If McConnell tries to add an amendment separating the Covid relief bill, it will be voted down on straight party lines. And if he tries to attach an amendment codifying Title 42 into law, that will also be voted down along straight party lines. And if McConnell chooses to filibuster the bill, then the GOP looks like shit for trying to hold up aid to a country literally fighting for its freedom and national identity.

Game. Set. Match. Since day one, McConnell has consistently underestimated both Biden and Schumer, not reading the fact that this new Democratic party had spine, and the willingness to use it. And as a result, he has gotten bit on the ass so many times that he has to shit standing up. It will be interesting to see how this plays out.