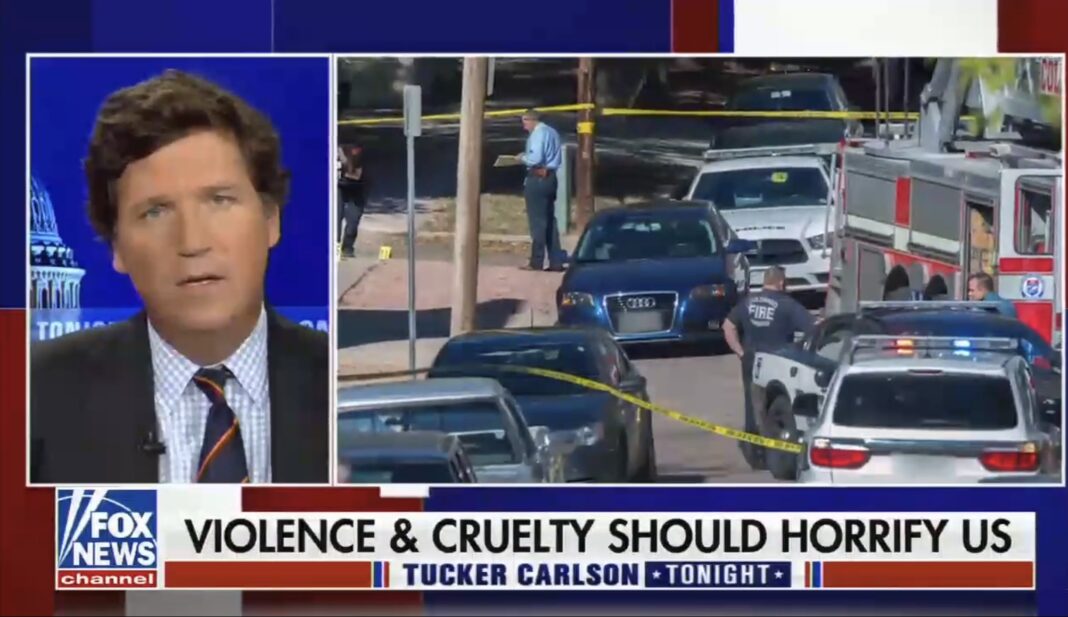 Rule of thumb: If you spend years attacking and attempting to demonize a group of people because such rhetoric is popular with your viewers and drives ratings, you don’t get to suddenly switch gears and pretend to be a decent human being on a dime.

Not without some blowback you don’t:

Fox News’ Tucker Carlson on Monday said “violence and cruelty should always horrify us every single time” following the mass shooting at the LGBTQ Club Q in Colorado Springs over the weekend.
But Carlson’s commentary rang hollow for many people online, who pointed out the anti-LGBTQ rhetoric he routinely peddles to the millions of viewers of his prime-time show.

Opening the program with a segment about the five people killed and 25 injured in the shooting, Carlson earnestly said such incidents never stop “being horrifying” no matter “how many times you’ve seen it.”

“Violence and cruelty should always horrify us every single time,” he continued. “When we start to become cynical about the deaths of other human beings, we have lost something essential to our humanity. Unfortunately, you’re seeing that.”

Yes, yes, Tucker your mouth is forming the correct words, but do you really expect us to believe them?

🧵 Tucker Carlson just started his show by telling his audience that "violence and cruelty should always horrify us," referring to the CO Springs shooting this weekend.

This language will get people killed.https://t.co/94CGnczWYo

It already has, Kat.

Republican billionaire donors like Tim Dunn and Farris Wilks are members of the New Apostolic Reformation (NAR) that believes women have no role in public life and LGBTQ people shouldn't exist all.

They want an America that apes their bigotry.

Thanks for naming them Nicole, I will look into them.

Thanks for this. I was starting to think Twitter was making me want to cuss too much, but it seems it's not just me.

The people he rails against die, but he and his following are always the victims.

He knows what he's doing.

Ever wonder why he "protests too much" about this particular subject??????

Tucker can’t get through a single show without his beloved dog whistle.

The Murdoch’s and Tucker have blood on their hands and they know it, they just don’t like how the blood tastes

Go away, Tucker, no one wants to hear your hollow apologies.

Your hypocrisy is showing.