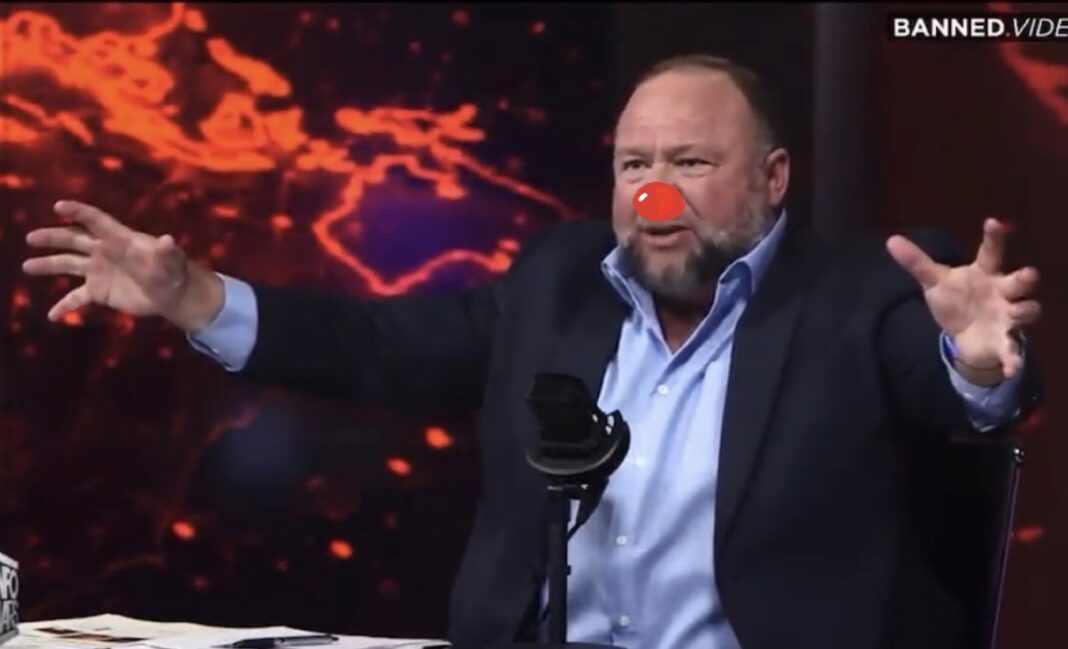 The prosecutor in the Alex Jones Sandyhook Damages trial revealed today that Alex Jones’ lawyers had sent him a copy of Jones’ phone with two years of his texts messages intact.

That got the attention of Jones, especially when the prosecutor said that Jones had lied under oath about having no texts about Sandyhook on his phone.

Do you know what perjury is?

“Do you know what perjury is?” pic.twitter.com/awbBpVf4Tl

It's even better set to the Curb Your Enthusiasm theme ~https://t.co/poJR4BY7gJ

As well as getting Jones’ full attention, the revelation that Jones’ texts were out of the cloud and raining down like monsoon season also got the attention of the January 6 Committee, who would like a drink of that sweet water…

As Jones was one of the main organizers and promoters of the Capitol Riot I am sure the committee will be very interested in those texts.

The prosecution seems certain that no evidentiary rules were broken, but Jones seemed to me a little too nonplussed by the issue.

Does he perhaps think that helping with the Jan. 6th investigation will help him to not be separated from all his money at his current trial?

Or perhaps the sending of the phone to prosecutors by his team was some sort of ploy by Jones so he can assert he has had inadequate legal representation?

What do Acyn’s followers think?

But your lawyers are, huh, Alex?

"I have several different phones with this number on them"

What is he doing, popping the sim card in and out of phones each designated for a certain kind of illegal activity?

Amongst the many things to relish here is the look on the judge's face.

Those texts are about to get into a lot of hands. Like the J6 committee. Alex is a well done steak thrown into the fire now.

Well, I hope so, but I have seen too much fuckery at this point to be certain.

Oooh sh!t not only did Alex Jones’ lawyers send the phone contents they didn’t take any steps to identify it as being privileged. This could be an appeal of bad counsel. Jones needs to be referred for criminal perjury charges.

Yeah, that’s what I’m afraid of too…

Alex Jones said he has a number of phones. Was this the same phone he may have also used to text the White House?

More questions than answers at this point folks, but it will be fascinating to see it play out.