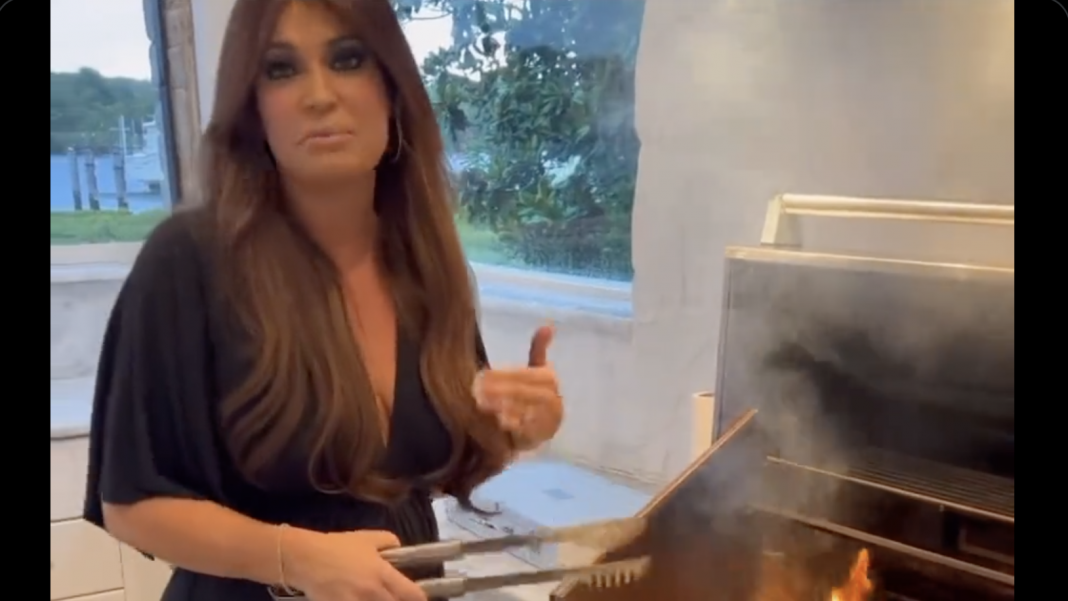 Did I ever mention that the Irish are very entertained by Kimberly Guilfoyle? As they are by so many Americans of Irish descent in politics in this insane age? Guilfoyle’s father was from Ireland, in fact, so she’s a bit closer to her Emerald Isle roots than most of us. Three of my grandparents were from Ireland and most of the Irish Americans I know trace their lineage farther back than that.

They will be belly laughing in Belfast when this tape hits the Isle.

Guilfoyle is shilling for Good Ranchers dot com, a company that mails steaks ala Trump steaks. It’s an Amurikkan company, she would have us know. It’s also a company so incompetently run and with such a level of product that the Better Business Bureau warns consumers about it.

Take a look at the steaks on that grill. They’re clearly junk. They’re thin, for one thing. I am but a humble blogger but I have a killer New York strip in the fridge right now, three inches thick mind you, beautiful marbling. You couldn’t pay me to eat this dreck and not with that dummy cooking it.

Plus, I have to say, that grill looks filthy to me and it’s smoking way too much. And what is this, some outdoor kitchen? The portico to Hell and Guilfoyle threw one on the barbie for Satan? All of the above?

Let’s read some of the reviews that caused the BBB to abandon ship.

A quarter of an inch thick. And I would LOVE to know what this gentleman paid for it. 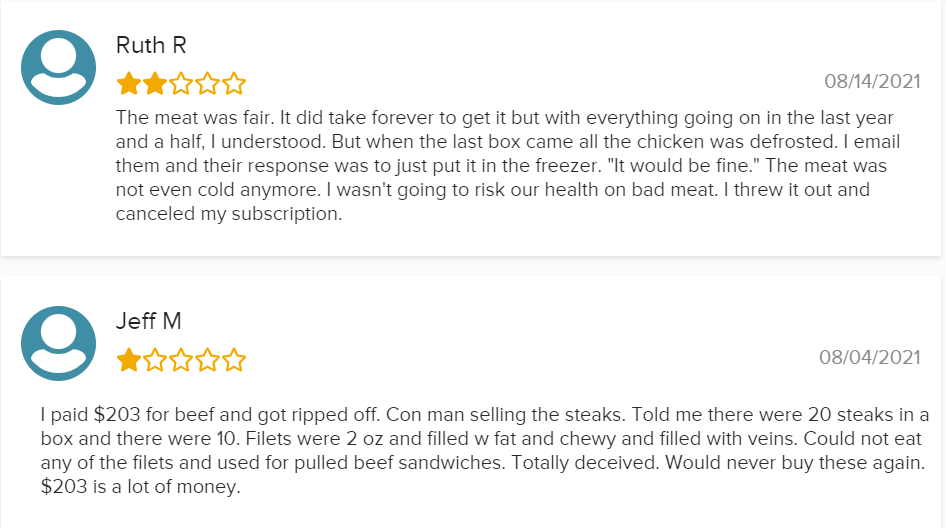 So, what do we have here so far: 1) Bad quality; 2) Horrible service; 3) Bad advice from Customer Service — when they can be reached at all; 4) Wildly overpriced. No wonder Guilfoyle is endorsing the product, it checks all the Trump boxes. Scam, scam, and scam.

Also lying by an order of magnitude.

I’m shocked at this and now I have to go lie down. pic.twitter.com/JHq3CKg3ZI

The family that preys together stays together. The Trump crime family, grifting you can depend on.

And think about where Guilfoyle might be. If she had stayed married to Gavin Newsom she could be the First Lady of California right now. But instead she’s in Florida, shacked up with a junkie and shilling the worst of internet products. Incredible.