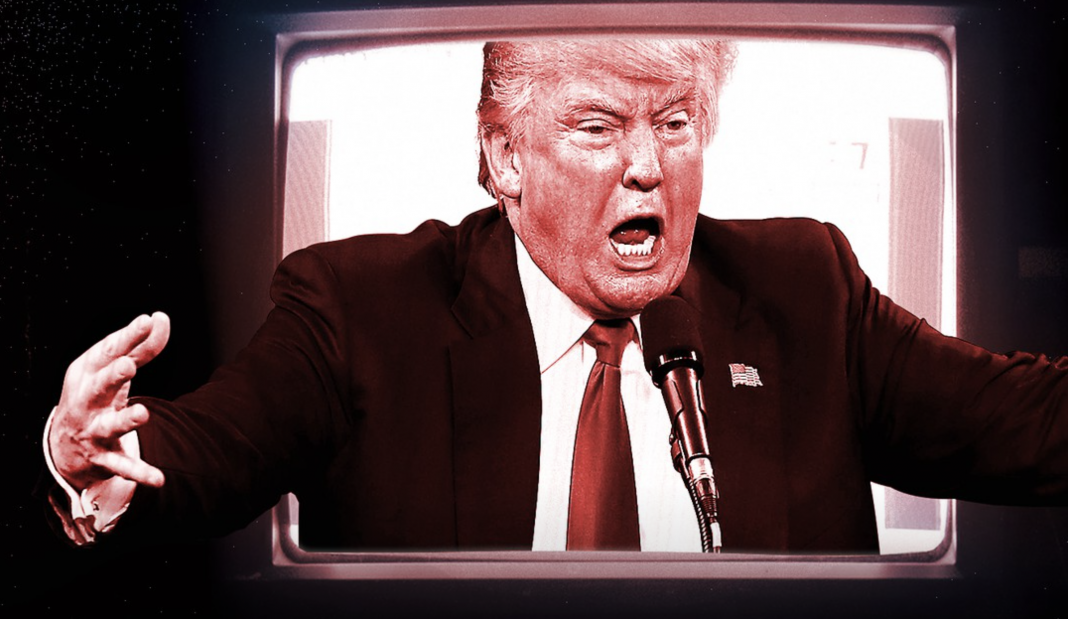 Maybe we should get some countdown clocks rolling. Within eighteen days from now all three Trumps have to be deposed or be in violation of court order. A couple of great ironies about Donald Trump: 1) He is Mr. Television and lives via the box, yet he continually forgets what he has said on camera before. 2) And that is because he has no real convictions about anything. It’s well known that his views on most anything are formed by the last person he conversed with on any given topic.

With that history, it’s not the least bit surprising that this was cobbled together.

The big news this week was that a judge ruled that Trump and two of his children must submit to depositions in a civil probe into the family’s business practices.
Will their strategy be pleading the fifth? @donlemon and I discuss on #CNN pic.twitter.com/jtRQnWK7rL

Eric Trump spent six hours in deposition in October, 2020 and pleaded the 5th 500 times. I don’t know if that’s a world record, but it seems to me it should be. That’s almost 100 times per hour, almost twice a minute? I mean, c’mon. Is this even remotely normal?

“Eric Trump then invoked his Fifth Amendment right against self-incrimination in response to more than 500 questions over six hours.” pic.twitter.com/wWGKBY6RN3

“During his examination on Oct. 5, 2020, when asked a question that went beyond basic background information, Eric Trump delivered extended prepared remarks objecting to the investigation and invoking his right against self-incrimination.”

So is this what we’re going to get from Trump, Junior and Ivanka, their names, addresses, job titles and then this? That’s what it looks like. 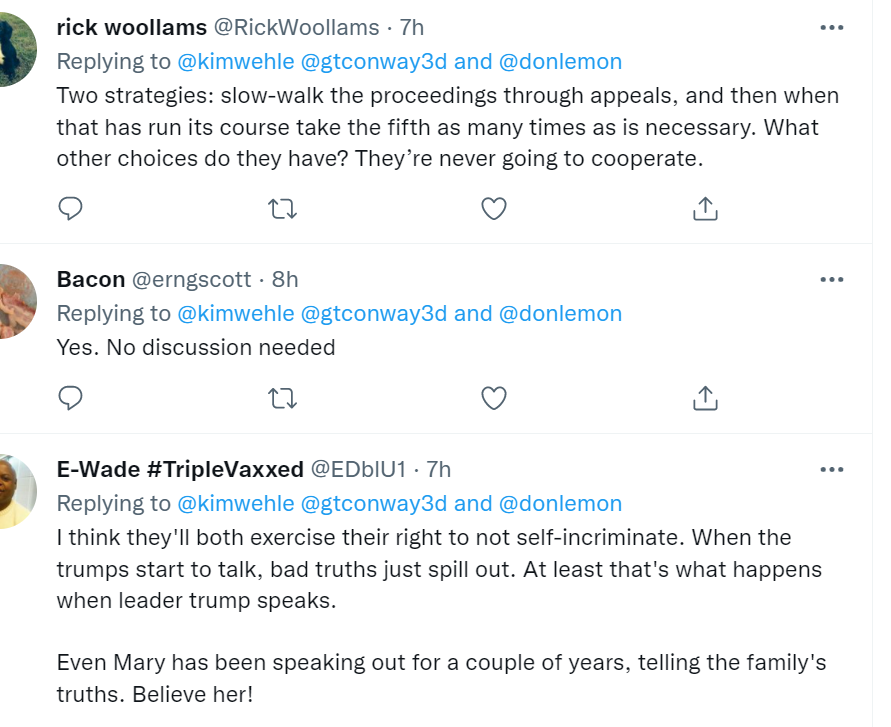 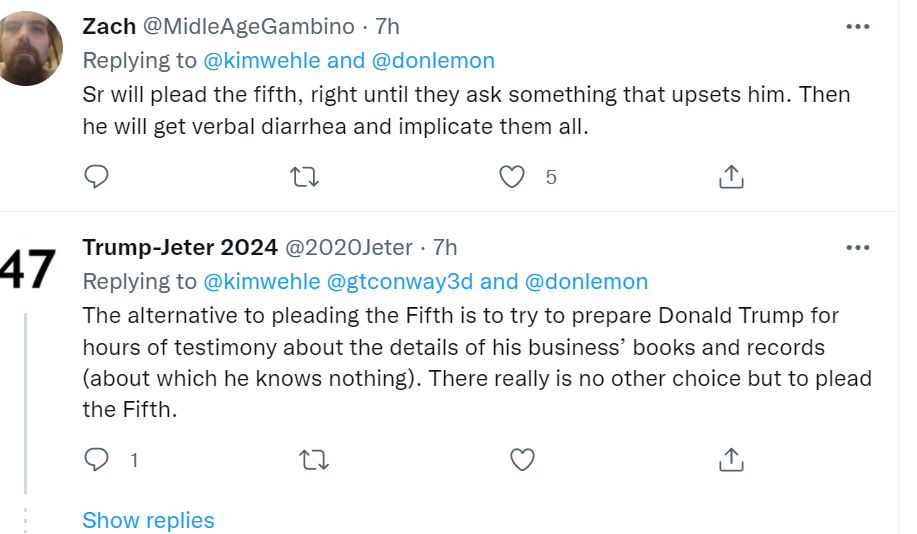 That’s how I see it, too. It’s going to be a real hoot to play the mashup above along with transcripts of Trump pleading the Fifth. And I do believe that he’ll stay on script and plead the Fifth until he gets triggered and then it’s going to turn into a zoo. That’s my prediction. Anybody want to lay odds?

And the sublime irony of this, is as this debacle is formulating before our very eyes, Trump is still busy endorsing GOP candidates and his blessing still confers great power. Unbelievable. No novelist could ever sell this as fiction. Not a chance.