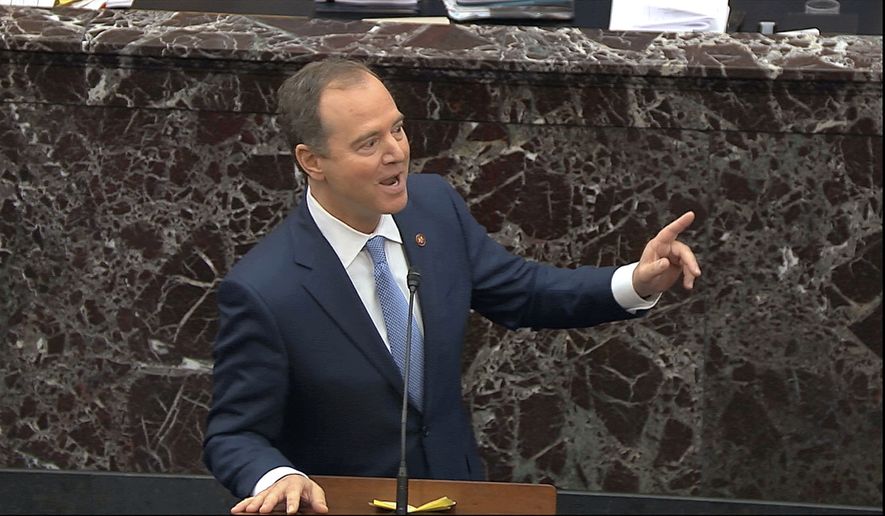 Look, we all know that His Lowness is closely watching the J6 committee hearings. We know because his enraged public bleatings following the hearings show too much knowledge for just being a casual observer.

Tomorrow’s hearing is going to be particularly bad for Trump. Look at a the roster of previous witnesses. Every. Single. One has been either a GOP operative or staff member, or a conservative. And tomorrow will be no different. Tomorrow we hear from the Georgia Secretary of State and his deputy, a GOP Arizona Speaker of the House, and a Georgia poll worker whose life Trump basically destroyed with his abusive bullshit.

But tomorrow is going to be different. True, Trump will be faced with another all-star lineup of GOP operatives dumping shit all over his head, but this time will be worse. because this time, the hearing is going to be led by Trump’s oldest and most hated nemesis.

None other than California congressman Adam Schiff will be questioning the witnesses tomorrow. Schiff has been nothing but a major pain in Trump’s ass since day one. He was the Lead Prosecutor in Trump’s first impeachment trial. And as such, he nailed Traitor Tot to the wall. He so badly infuriated Trump that he finally came up with the moniker of Shifty Schiff, which was some lame ass shit, even for Trump.

And tomorrow, Hair Furor will have the pleasure of watching Shifty Schiff spend 2-3 hours once again making Trump look like a common criminal in front of even more millions of viewers than tuned in to the first impeachment hearing. I can already hear his teeth grinding.

Hey, I don’t follow The Cheeto Prophet anymore, and haven’t for more than a year. As such, I have no idea of what appearances he has on his schedule. But I can pretty much guarantee you this. Within 48 hours of the completion of the hearing tomorrow, Trump will suddenly have some public speech on his schedule. His social media outreach is pathetic, and the committee is doing too much damage.

Even if he has to pay for it with campaign funds, Trump will take the stage. He has no choice. These hearings are killing him, and his frustration with not being able to effectively counter punch is killing him. He has to get out there and lick his ravaged nuts in front of the slavering base.

Just stick a pin in this one for the moment. My gut tells me that while Trump may be willing to let the majority of the hearing testimony roll off his back, once Schiff becomes involved, Trump will have no choice but to strike back directly. Don’t touch that dial.