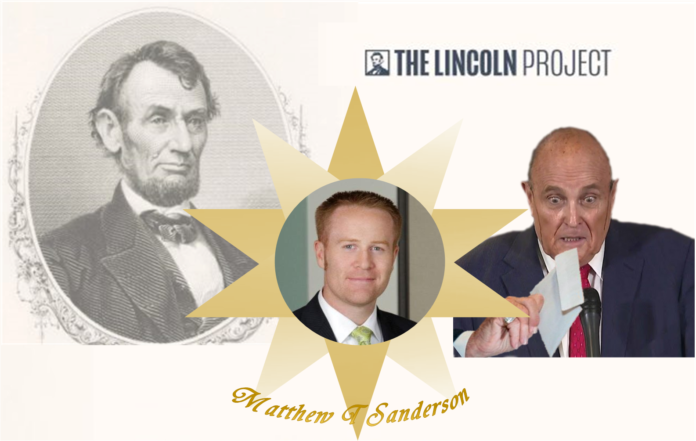 This is one of those rare occasions when a letter is a work of art. Attorney Matt Sanderson set a new high bar for brilliantly-composed and utterly devastating letters when he penned a 3-page legal response to Rudy Giuliani on behalf of his client, the Lincoln Project.

This legal action was taken by the Project after Giuliani lied and defamed his way through an interview he gave on Steve Bannon’s podcast.

January 29th: It was the Lincoln Project’s fault. pic.twitter.com/S2fWZ3P9vD

The legal response to Giuliani’s accusations began with a faint nod to past respectability:

You were once a respected and respectable figure.

then observed how every step into his descent into disreputability had been exposed to public view.

From there an annotated record of incompetence, misrepresentation, crassness, disinformation, crudity, perfidy and idiocy filled paragraph after paragraph from the first to the last page; all-in-all the chronicle of a downfall complete and irredeemable.

This is a legal response you’ll enjoy reading. 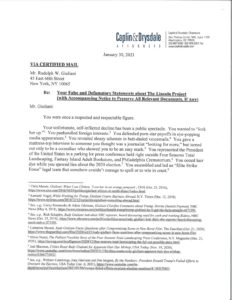 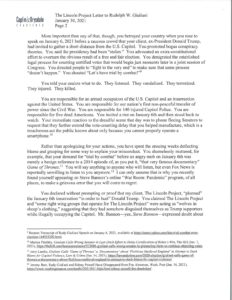 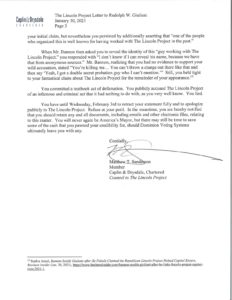 Twitter’s reaction to Sanderson’s legal response fell loosely into three groups: those commenting on Giuliani and/or the Lincoln Project, and those who praised the letter itself.

This letter is well worth every penny that The Lincoln Project pays their lawyer(s).

This is one of the most brilliant, devastating, and deservedly cutting legal responses I’ve seen in my lifetime. I am beyond jealous that I didn’t write it.

The Day of Reckoning for Donald J. Trump and his minions is only just beginning. I will savor it like a fine wine.

The wasn’t a letter. It was poetry. It was Shakespearean. It was a melody from the Angels above.

And this final pair of tweets finishes off with another celebrated legal letter from 1971.

This lawyer's letter must have been quite fun to write.
From the British Private Eye magazine. pic.twitter.com/wuEqpLub6a