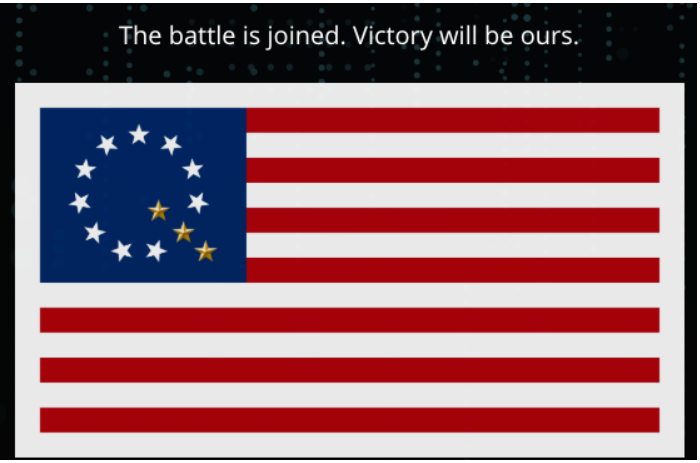 Whoever is writing this stuff is a frustrated writer of dystopian fiction — or at least that’s how I would write it, if I was going to novelize this QAnon fantasy tour which is plaguing this country right now.  And all this would be comical but for the fact that a sizeable portion of the population chooses to embrace an unhealthy fantasy over reality. Take a look at this. 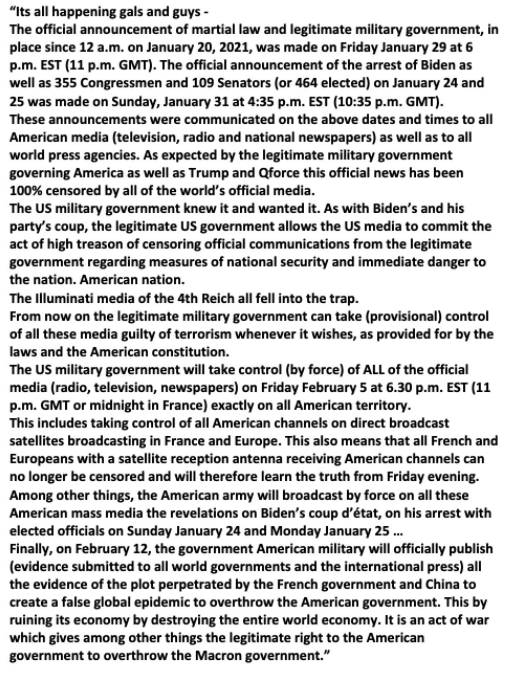 So are you parsing this? We have

Did I miss anything?

Parler is run by a board of directors controlled by Rebekah Mercer And the servers were running out of Russia, last I knew, after Amazon bounced them off AWS. One strange cast of characters, and one bizarre script. And the yous and mes are the extras, apparently.