Yesterday’s performance by El Pendejo Presidente was without doubt one of the most brilliant exhibitions of self obsessed narcissism I’ve ever seen. Like a kid playing Dungeons and Dragons, Trump envisions himself in his head as a steely eyed tough guy, and then he turns around and tries to act out that impulse. And by his own design, there is no longer anyone around him who can tell him what a terrible idea this is.

If Trump is going to get a photo op, he figures he may as well make a twofer out of it. Yes, he wanted that photo op of himself walking across the street to that church, and holding that bible over his head like a cat walking into the house with a dead muskrat in his mouth. But he also wanted the photo op of federal police agencies, in full riot gear clearing Lafayette Park for Trump’s little stroll, as an example to various Governors and Mayors on how he wants these protests handled in their own cities and states.

Well, Mission Accomplished dipshit, but just like another cranially challenged GOP President, not with the results he was looking for. I find it almost inconceivable that even a brain dead troll like Trump can’t understand what the image of a bunch of uniformed dudes with gas canisters, clubs, and guns riding horses through the middle of a peaceful, unarmed crowd does to the American memory banks, especially when put into a racial context, but there you have it. He really is that fucking stupid and unfeeling. All trump did with that particular photo op was to harden state opposition to his proposed interference into concrete.

But as difficult as it is to believe, the optics of his must have photo op on the steps of the church with the bible in his hand was even worse! Let’s face it, even the most moronic RWNJ, MAGA topped Evangelical already knows that His Lowness is no Christian. Other than family funerals and his phony ass wedding vows, Trump has never seen the inside of a church. And the only time Trump would open a bible would be to sign the damn thing, the way Hitler did. I just can’t get the soul food kitchen scene from The Blues Brothers out of my mind;

That’s just the way I see this playing out in the Evangelical community. They were more than willing to forgive-and-forget Trump being a Godless scumbag, just so long as he had Moscow Mitch keep pumping unqualified conservative asshole judges to the bench that would outlast all of them. But when Trumpenstein starts using their churches like backdrops of his boardroom in The Apprentice, and starts waving their holy bible around over his head like one of his fatty Trump steaks, well, he may have just crossed over a rather personal line. Especially since it was an Episcopal church, and bishops pf most if not all denominations are branding him seven different kinds of pig.

As badly as Trump may have just screwed up with the largely white Evangelical community, he really buggered the bow-wow when it comes to the black community. The tone deaf and indifferent attitude of Trump and his Department of Selective Justice have been apparent all along. But this time, Trump is messing with the one unshakable bedrock of African American life, their faith. If Joe Biden has a weak spot in the black vote, it’s among younger voters, especially younger black males. But I’m willing to bet that a lot of those younger men and women still listen to their Mama’s. Especially where matters of churchin’ up are concerned. Why do I keep having these visions of a whole lotta Come to Jesus conversations taking place around the dinner table between now and November? Oh, and angel on top of the tree? Hasn’t anybody in the Trump administration ever heard of souls to the polls for God’s sake?!?

The scope is almost inconceivable. On less than 48 hours, Trump has threatened to shoot looters, evoked the painful memories of 1950’s Selma with police riding horses through peaceful protesting crowds, threatened the use of military force against citizens of the United States, and made a mockery of the faith of his own supporters. I’ve said it before, and I’ll say it again. It is scientifically impossible to genetically engineer this kind of stupid in a laboratory. This kind of stupid is a one time freak of nature. But if it dooms Trump in November, then it will finally have served its ultimate purpose.

Liked it? Take a second to support Joseph "Murfster35" Murphy and PolitiZoom on Patreon!

20 Comments on "THAT Was Your Best Miscalculation Yet, Numbus Nuttus"

I love the crucifixion. (crucifiction?)

Yeah murf, you can always count on trump, to ALWAYS make the wrong decision, and make whatever it is, ten times worse. 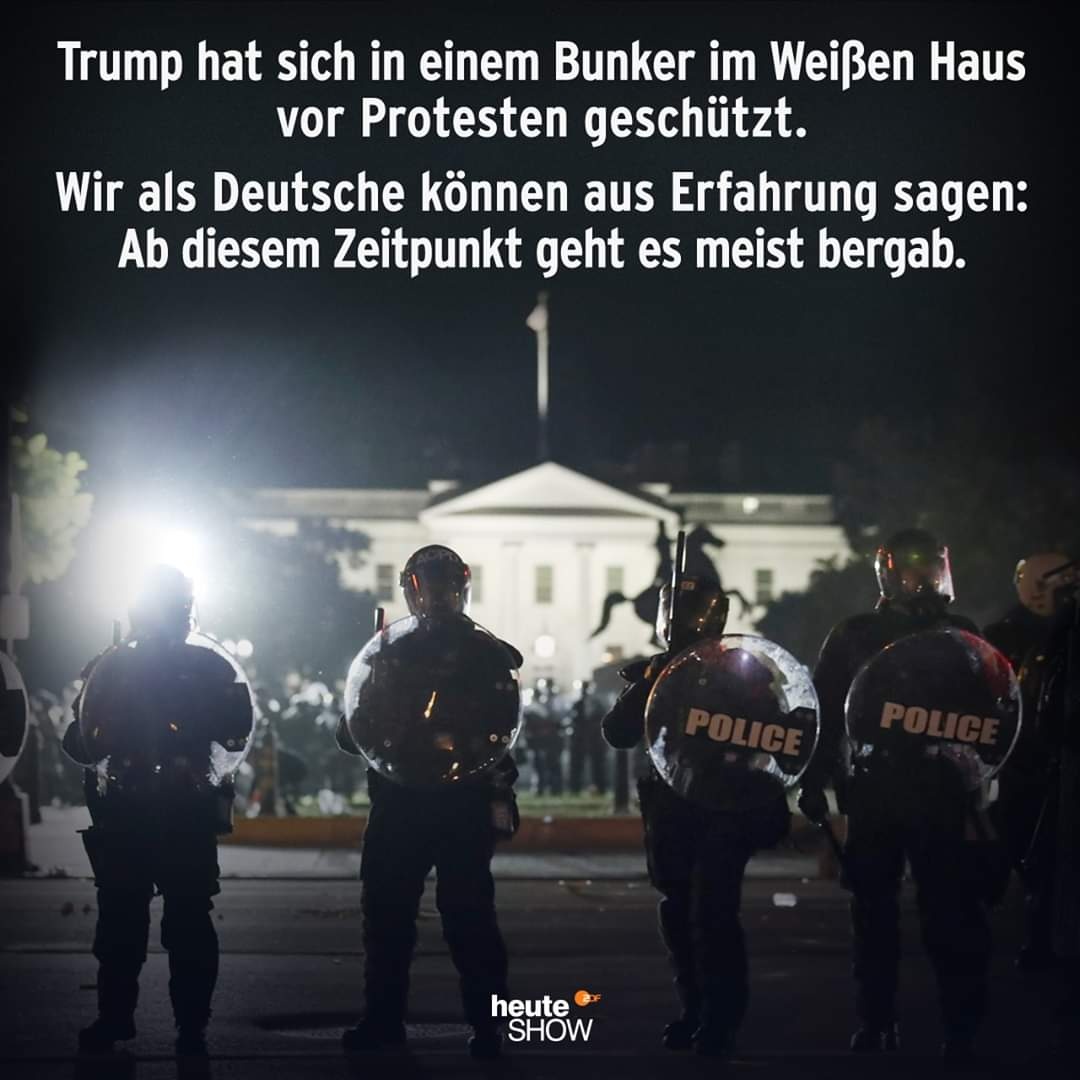 “Trump has protected himself from protests in a bunker in the White House.
We as Germans can say from experience:
From this point on, things usually go downhill.”

Yeah, just saw that! My late Papaw (grandfather) used to say “Can’t win a ballgame without scoring some runs.” The last five days have been like a three up, three down set of strikeouts for Trump.

I never played it. As far as I know I’ve only known a handful of people who have at some point in their lives. However, from what I know about it it’s WAY to complex a game for Trump. Hell, not just chess but checkers is beyond his ability. It’s probably why he’s ignored all his kids. With checkers or any kid board game they’d whip his ass!

You have to be creative and intelligent to play it, let alone run it. It helps to be an improv actor.

I dabbled up into my 20’s. I still like the odd video game now and then.

Surely, Corey, you ran into a certain type of player at one point with more than a passing resemblance to today’s Internet trolls. That’s who Murf was talking about, in all likelihood. For myself, nothing but love for D&D, which survived backlash and the 20th Century to be a cultural landmark. I used to read the Choose Your Own Adventure style books based on it, played a few of the video games and like to look at some of the spinoffs like Ravenloft ans Planescape. Truth be told, though, I’m more of a Vampire The Masquerade guy these days.

Not really. We played D&D, Star Wars (the good one from WEG), MERPS, and Shadowrun. We were all RAs or gead students.

Oh, Shadowrun! The most preposterously perfect fictional universe out there, bar none. I just discovered that one in the 2010s thanks to the Harebrained Schemes games (all of which I can’t recommend enough) and fell in instant love with it. You got primo taste, Corey!

Is not Uncle Joe the man on this? His message is consistently this: “It’s all about you.”

I’m old enough to remember JFK shot. Bobby Kennedy shot. Dr. King shot. Malcolm X shot. And many others killed, both black & white in the name of social justice. Now we have a moronic dictator who shares with mass murderers in power the malignant narcissism that is indifferent to the suffering they cause. We literally are in a war for the future of our democracy, our planet, and our childrens’ very lives. Normandy echoes & calls us to arms to fight this facism.

Ya we thought we won that war for the future by the time Nixon was forced to resign. Hasn’t work out too well has it?

Oh, come ON. It is always a mistake to a) believe past missteps guarantee future ones or b) keep believing things about your oppressors long after they stopped being true. The better analogy is Nixon=Obama and Trump=Carter (strictly in terms of the overall trendline; in terms of morals and outlook, both my pairings consist of polar opposites). This time, as an op-ed in WaPo pointed out this morning, it was the REPUBLICANS who are watching their Jimmy Carter fail to meet the moment. That failure is going to have huge implications in the years to come.

When you’ve got the likes of Pat Robertson (!) saying this “isn’t cool”, yeah, you done effed up by several orders of magnitude.

“Hasn’t anybody in the Trump administration ever heard of souls to the polls for God’s sake?!?” The Ohio GOP has; they’re having hearing TODAY on a bill introduced by a nice suburban white lady to shut down Souls to the Polls in Ohio. I just saw on Twitter that today’s hearing has 60 people against the bill signed up to testify and no one in favor.

I love Trump. He exposed the Republican party for what they truly are.
Fake hypocritical Christian Fascist I always knew they were.

Murphy, you made me laugh out loud!

Please help us survive by becoming a patron.

Why Black Lives Matter Must Not Be ‘Disappeared’ By Daily Political...

A Hiding To Nowhere

Will Trump Attack the US In Revenge for Not Re-Electing Him?...

To Those Who Know Me From Daily Kos, I’m Now Ursula...